A Tribute to Sir Anthony Hart and Tom Noble

A Tribute to Sir Anthony Hart and Tom Noble

By Enniskillen Royal | Latest News | Comments are Closed | 7 October, 2019 | 0
On Saturday 5th October,  ERBC paid tribute to two great Clubmen, Sir Anthony Hart and Tom Noble who both died this year. David Storrs, President of the Boat Club had presented this year’s medals to the Club at the annual President’s prizegiving at the Irish Rowing  Championships in Cork in July in memory of the Club’s former President and coach. The two medals and photos of Sir Tony and Tom were framed and placed on the wall in the Robert Northridge boathouse on Saturday morning after training. Sir Tony had himself designed the new ERBC President’s medal earlier this year.
In further tribute Iain Kennedy and Robert Northridge alongside Derek Holland, Barney Rix, the rest of the coaching staff and some of the rowers planted a beautiful Cooper Beech tree for many future generations of rowers at the Club to enjoy. 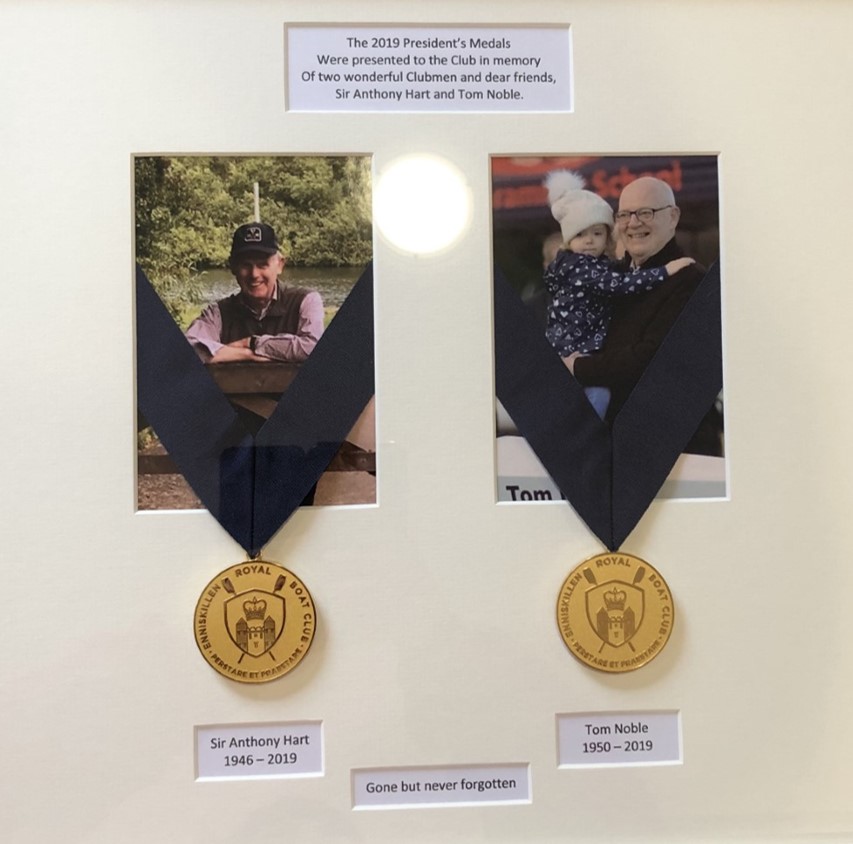