Casey Howe NIWFA U19 player of the year.

Casey Howe NIWFA U19 player of the year.

This has been a special first season for Casey with Linfield Ladies. Having been selected to represent Northern Ireland U17’s in the Euros she has now been awarded NIWFA U19 Premier League player of the year at just 14 year old. She was awarded this prestigious recognition at an awards ceremony held in the Hilton Hotel in Belfast on Saturday 7th October. This is her debut season for Linfield Ladies since moving from Ballinamallard Utd where she developed her footballing skills playing in the boys National League. Casey amassed 16 goals in just 9 games for the Linfield U19s this season having missed a number of games due to international call ups. She has also made her Senior Linfield debut this season at 14 years old against Irish Cup winners Sion Swifts. Casey was unable to play in the Premiership for Linfield Ladies as she was too young but was allowed to play in the cup competitions.

Casey is keen to recognise her fellow players and coaching staff for helping her win this fantastic award at such a young age. She was straight back into action on Sunday morning where she played in an Irish FA run Development Day and competed against Glentoran FC, Crusaders FC and Cliftonville FC. She got back on the scoresheet scoring against each of the Belfast clubs.

Casey is looking forward to playing for Linfield Ladies in the SYBL U17 Ladies league which starts this Friday 13th October and runs throughout the winter. 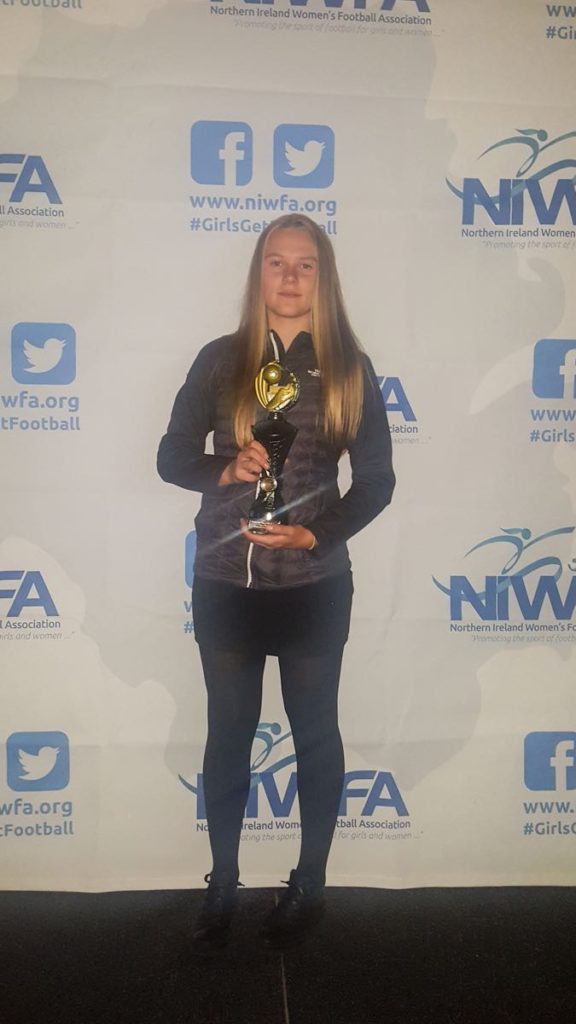