Congratulations to Yr8 pupil Isaac Hutchinson, who has won the Key Stage 3 Halloween Poetry Competition with his poem ‘Halloween Riddle.’  A number of students produced poems for the competition.  The poems were read to a class who then had to decide on the eventual winner.  In what was a close call, Isaac received the largest number of votes and was declared the winner. 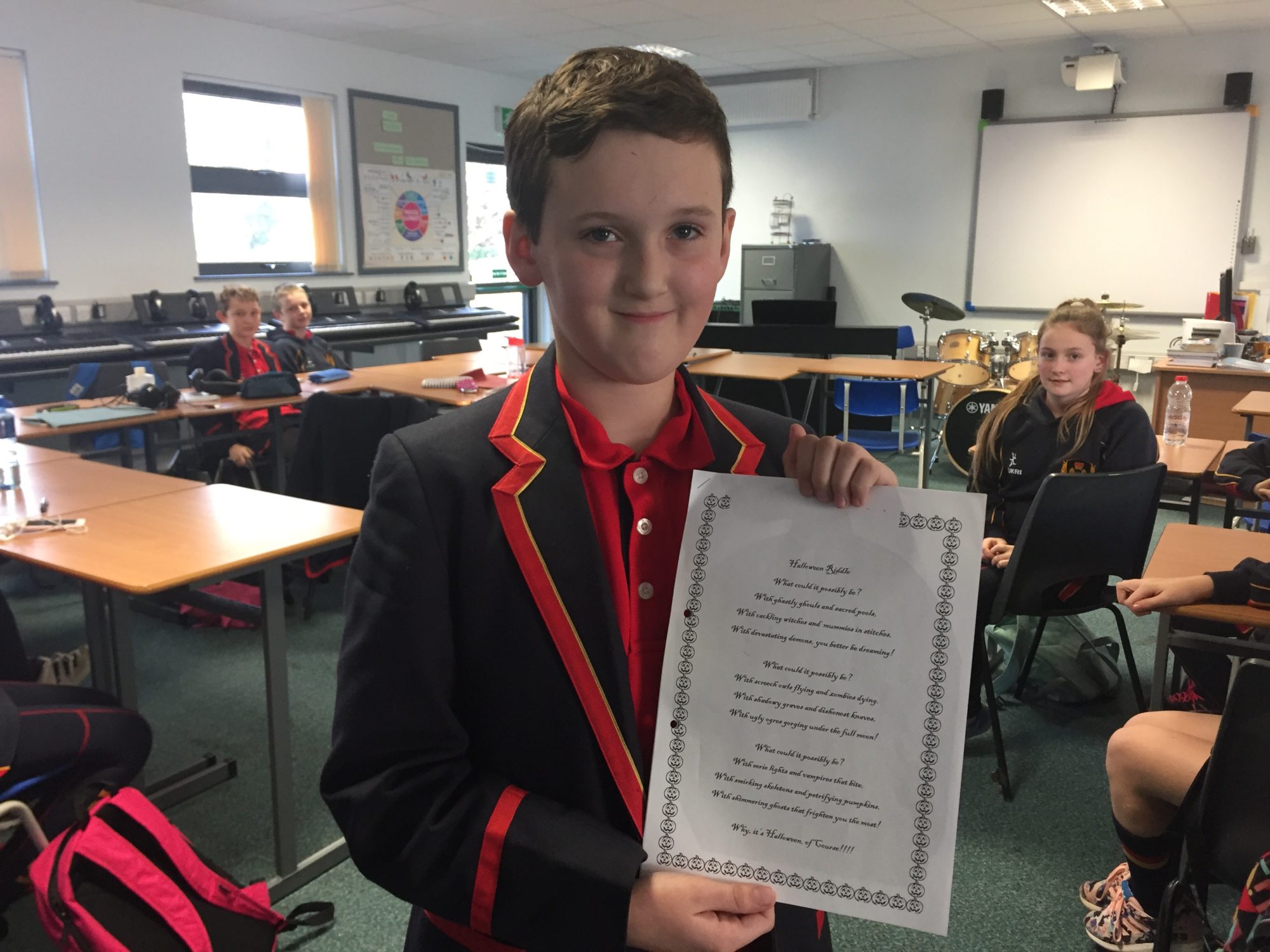