The Medallions entertained Blackrock College for the first time at Castle Lane last Saturday and the large crowd enjoyed a really entertaining game of great intensity throughout. From two previous encounters the south Dublin side knew they would get a competitive game and they were not to be disappointed.
Nevertheless, Enniskillen had to defend for most of the first half and had only the odd excursion into Blackrock territory. Their defence was stretched at times but good communication between Stephen Balfour at centre and Stuart Brown on the right wing dealt coolly with potential threats on at least two occasions. Taine Haire also made some great tackles in the opening quarter, which set the tone for the game. Should a Blackrock player break through there was always cover. The back row of Smyton, Gamble and Keys were immense in this regard.

Josh Kennedy had done a lot of work with the line out over the summer and it stood up well to the challenge. Mathew Wilson gets stronger and more confident with every game and was outstanding in both the loose and tight play. Beatty threw well and has good skills as a distributor in the mid-field as well. Not surprisingly, his contribution to the game grows as his fitness improves.

There was one score in the first half, with Rock eventually crossing the line and then converting, to lead 7-0.

Enniskillen kicked off the second half and immediately won possession. They were determined to try and exert some pressure of their own. Mattie Bothwell fed Stephen Balfour on a great line to cut through just over half way and then off-load to Stinson coming through at pace. He came within an inch of scoring a deserved try. There were other chances for the Enniskillen boys, but Blackrock showed they could defend too.

White, Beatty and Graham, with Phair and Davis also coming on, more than held their own in the front row battle and they all featured in open play. Zak Havers and Jason Bothwell also kept up the momentum when they entered the fray. With Eddie Keys out from concussion the previous week, Mattie Bothwell had switched to 10 and Andrew Patton started his first big game at scrum-half. Patton rose to the challenge brilliantly and Bothwell was excellent, as usual.

Sam Milligan at full-back fielded clearance kicks and made tackles all day, as did Sam Balfour on the wing. Given how little time and space there are at set pieces in these tight games, there were opportunities to attack from this type of possession and that will be something to work on.

The Dublin school would break out twice from their own half to extend the lead. They were an excellent side and, perhaps, simply more clinical when chances were presented. Enniskillen showed good fitness levels to compete right to the end, though both teams were exhausted after a pulsating match.

Despite not winning, this was probably the most enjoyable game of the season so far for the boys and they certainly will have gained a lot from it. That Blackrock have invited them south for a return is testament to the respect they’ve earned. The aim will be to bring the same intensity in defence and next time to deliver more in attack when under pressure. It should be another great game. 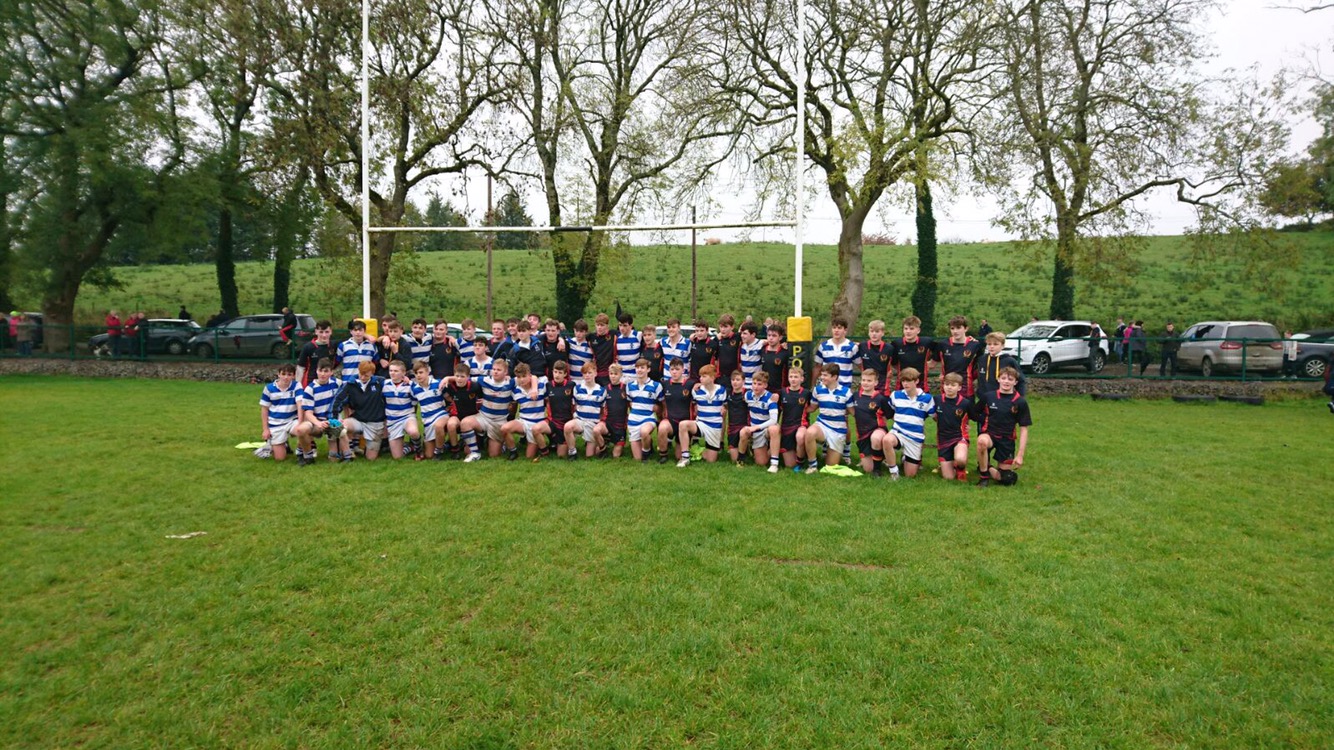