As Bloomfield side-stepped 2 tackles and dived over the line from a rapid McConkey tap and go penalty move, it looked very promising for the ERGS Medallions in their first home game of the  season. Momentum seemed high and the boys seemed up for the game. But soon after the Banbridge 13 began to assert his presence on play and evened up the score by the 10 minute mark with some impressive route one running. Despite some outstanding individual performances from prop Clarke, centre Owen and full back Bloomfield, the ERGS consistency of play just wasn’t there for the team to move forward convincingly and score much needed points. Banbridge quickly closed down on set piece play forcing errors from the ERGS runners, causing them to lose the ball and scramble in defence at the turn over. At times there were glimmers of hope for a come back in the second half, as individuals set-off down the pitch with determination, but to no avail. Banbridge went on to score two additional tries and penalty kicks to finish a hard fought game 5-22. 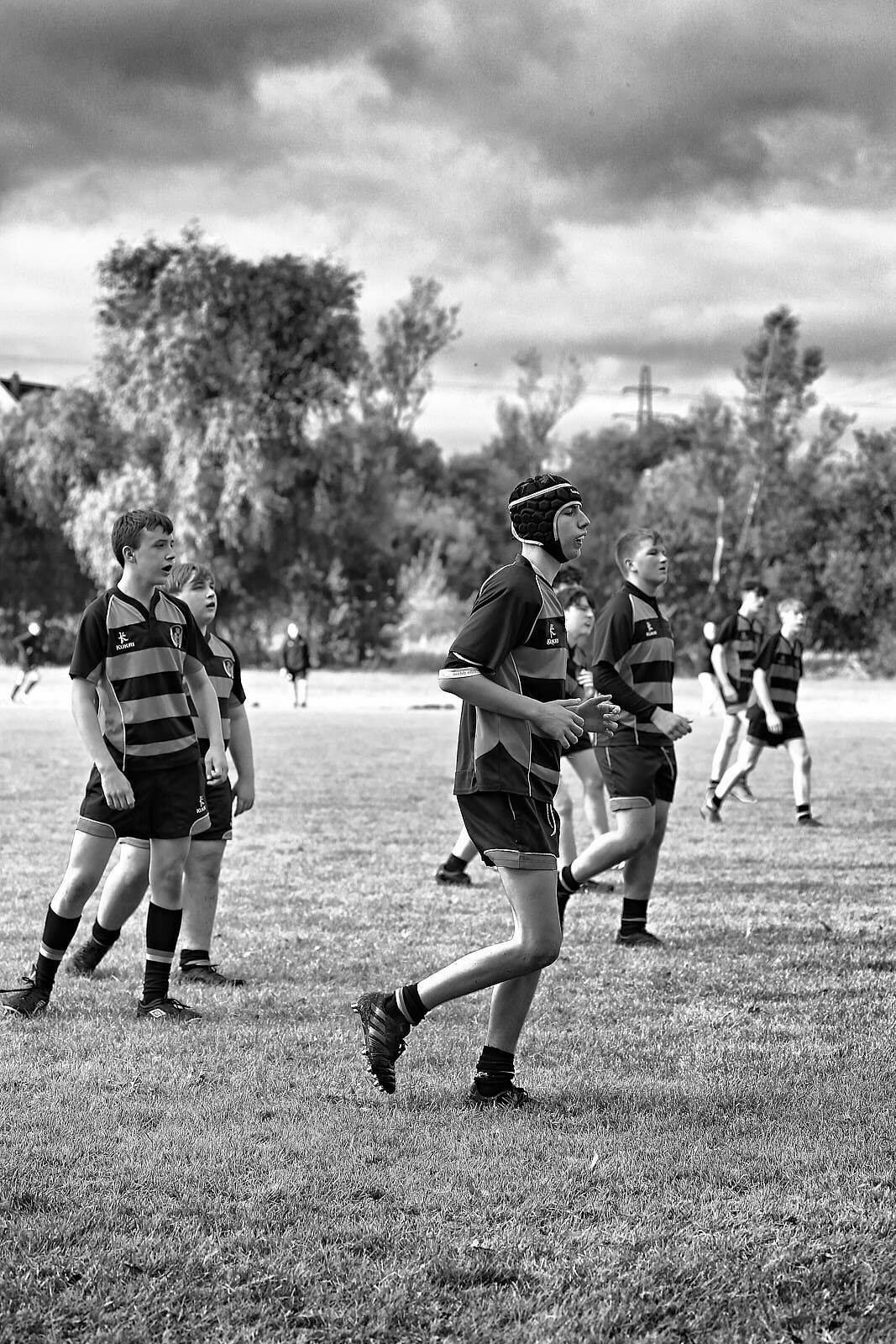