ERGS U13 vs Dungannon RS

ERGS U13 vs Dungannon RS

The ERGS 13s welcomed royal school neighbours Dungannon RS to Castle Lane this morning. From the kick-off the ERGS boys quickly re-gathered the ball and within minutes winger Rowland found his way into the corner. The boys continued to build putting the Dungannon line under pressure and it wasn’t long before captain Curry burrowed his way over the line for score number two followed by trys from Wallace, McKenzie and Morrison who was rewarded for his impressive pressurising of the Dungannon 10.

The second half followed a similar pattern with Mannix opening the scoring followed by Wallace for his second. Johnston, Harte and Curry all added to the score board as the team  pushed through successive phases developed on the training park. The intensity and quality execution of the ERGS boys was just too much for a weary Dungannon and with McKenzie scoring his second and Hinchliffe claiming his 6th conversion of the morning, it proved to be another good day at the office. 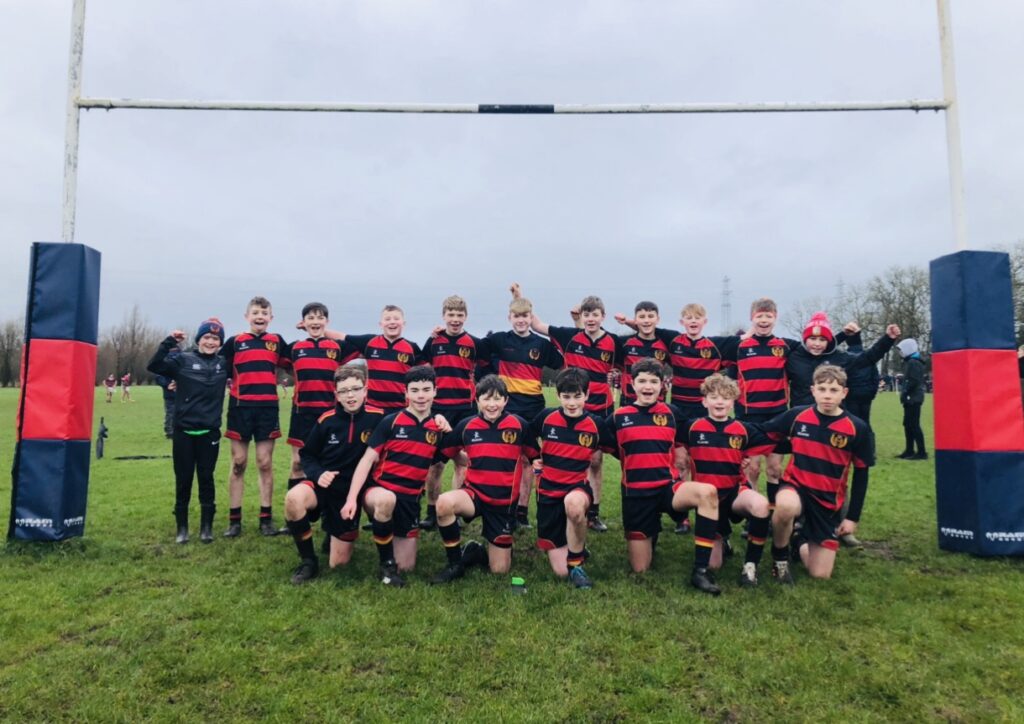