ERGS U13s give a great account of themselves in MCB Memorial Trophy.

Home Latest News ERGS U13s give a great account of themselves in MCB Memorial Trophy.
NextPrevious

ERGS U13s give a great account of themselves in MCB Memorial Trophy.

An early start saw the 13As travel to Methody to take part in the MCB Memorial Trophy competition. Drawn in heat B the boys had a tough start facing Ballymena and RBAI back to back in the first hour. Ballymena delivered the first score of the day for 5 points from a controversial penalty on the 5 metre, the ERGS boys fought back admirably but just couldn’t get themselves over the line to equalise before the final whistle, final score 5-0.

With only 5 minutes rest, tournament favourites RBAI arrived on the field with fresh legs and took the kick-off. The ERGS boys met the challenge in the midfield and battled hard through the first half to come away 5 points down at half time. In the second half the ERGS boys began to dominate but weary legs and two exploited handling errors gave the INST wingers the opportunity to run the pitch and score. Final score 17-0.

With a much needed rest and refuel, the boys took to the pitch for the last match of the heat against Wallace. Within minutes prop Johnston stormed down the pitch to score and Hinchliffe converted. It wasn’t long before flanker Curry scored a second once again converted by Hinchliffe. In the second half the boys continued to dominate play through successive phases. Quick distribution by scrum half Beddard allowed runners to challenge the Wallace defence repeatedly and it wasn’t long before No8 Gamble crashed down the blind side for score number 3 and another conversion by Hinchliffe. Final Score 21-5.

Disappointingly the single try loss against Ballymena gave them the slight overall advantage and allowed them to progress to the semifinals against Methody, while INST took on Campbell; the final result being being a draw between hosts Methody and RBAI. Overall the boys gave a great account of themselves and should be incredibly proud of their performance. They were even treated to watching Ulster train for their game against Leinster this weekend and ex PRS/ERGS player Robert Baloucoune even stopped by to say hello. 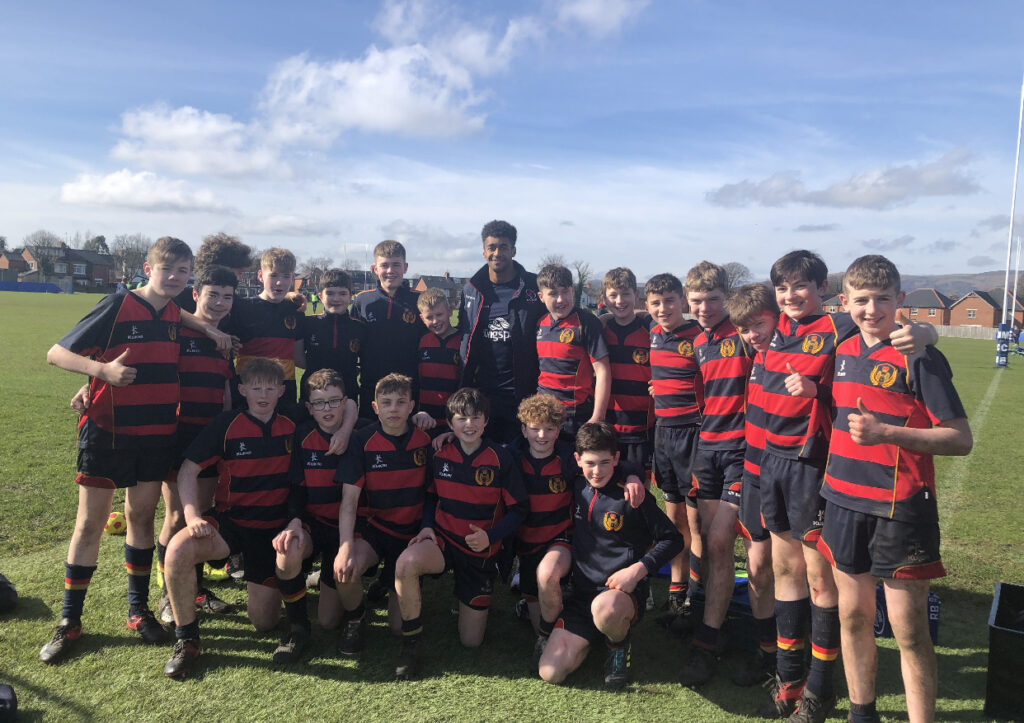