On Saturday 16th November, Enniskillen Royal were in the arena again at The Meadows in Craigavon for the 5th of their 6 competitions.

This week we were still injury-riddled and minus 2 team members who had prior engagements!

Rianna Mulligan on Marble, Lucie-Anne Abbott on Louie, Tiana-Grace Abbott and a late substitute (due to a horse’s ill-health) of Tiana-Grace on her sister’s pony – Louie! A sight to see, little and large at its best!!!

First into the arena was Tiana-Grace on Valley Clover Dream. She had a clear 1st phase and then in the timed phase, clipped two poles, resulting in 8 faults. Lucie-Anne was in next on Louie. They were jumping nicely, when, in the first phase, they seemed to approach a fence unprepared, so rather than risk knocking the fence, they veered off it and re-approached it.  This was classed as a refusal, so 4 faults. The pair flew round the remainder of the course in a lovely speedy time. Rianna and Marble then came in and sped round the course again.  Unfortunately, they knocked one pole down in the first round, resulting in 4 faults. Finally, after a gap of a few riders, Tiana-Grace competed again on Louie. The pair did really well, again taking down just the one pole. So – with the top 3 riders to count, the team had a combined score of 12 faults in a time of <90 seconds.

Adrianna Hurst on Cheeky Blonde, Sasha Milne on Buddy and Natalie Somerville on Swatchy. We had no 4th rider this week as previously stated, due to injury and unavailability.

First into the arena was Sasha on Buddy.  A much-improved week (after a few unsettled weeks) with the pair of them looking comfortable together. A slight clip on one pole resulting in just 4 faults. Natalie was next in on Swatchy – a borrowed horse ( as ISHD Convoy is still out injured).  The pair, having riden together just twice before) had a great round – double clear. A super effort. Finally, Adrianna and Cheeky Blonde entered the arena.  These two have been jumping so well together that it was disappointing for them when they had two poles down on this occasion. Team score of 12 faults.

Finally, we had an entry into the premier class (1m10) again this week.  Adrianna and Cheeky Blonde decided to see how a step up in height would suit them. Suit them it did… a speedy double clear settling them into 3rd place over all.  A super ride and very well-deserved.

So – there is only one more round before the end of the competition.  Posted on the website on Sunday 17th were the overall placings at the end of week 4:-

Obviously, the results from week 5 aren’t included in this.

I must say – I am really proud of how our teams are doing, especially with 2 new members into the Novice team and surmounting injuries in the Open team.

Again, thank-you to all riders and parents for their commitment and support. 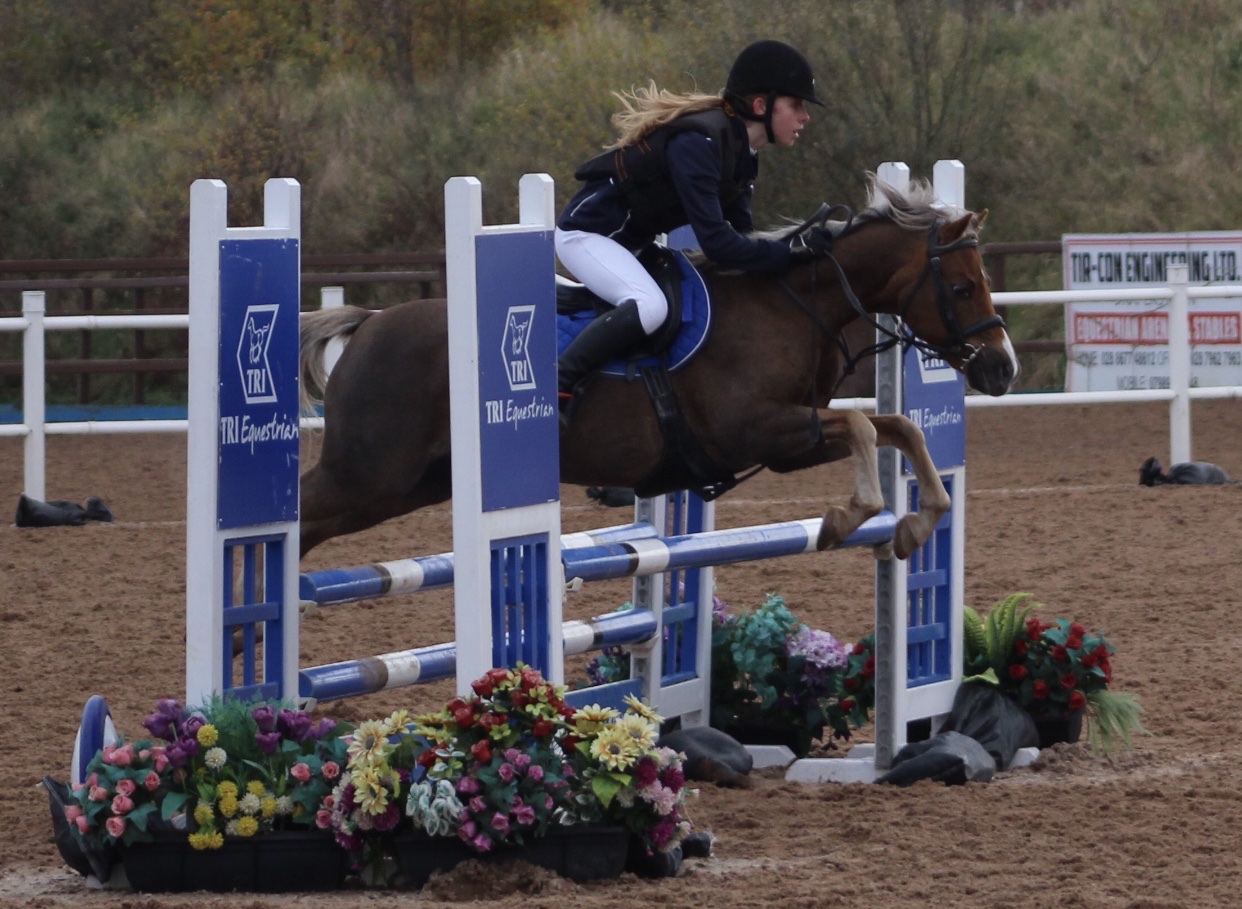 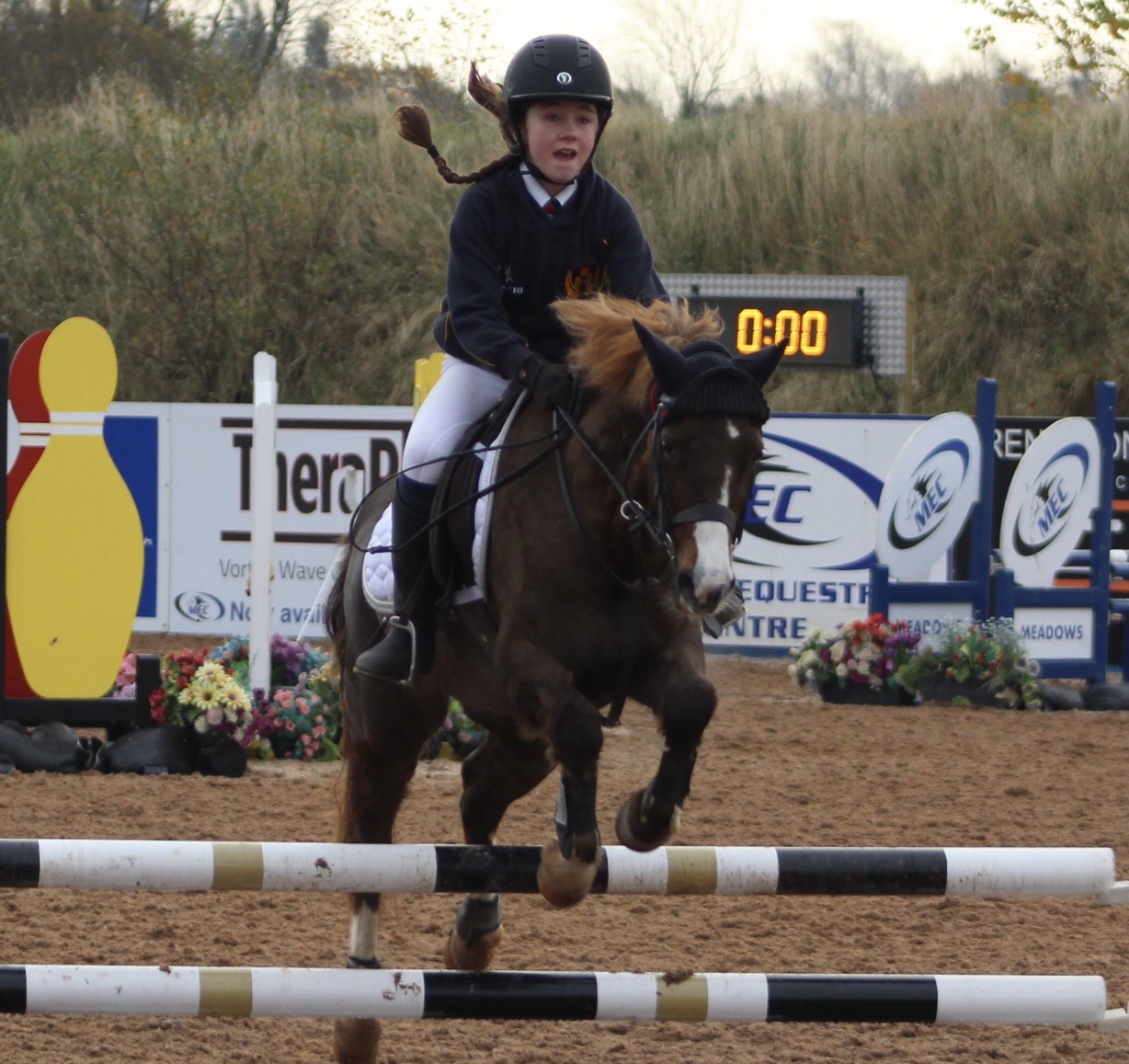 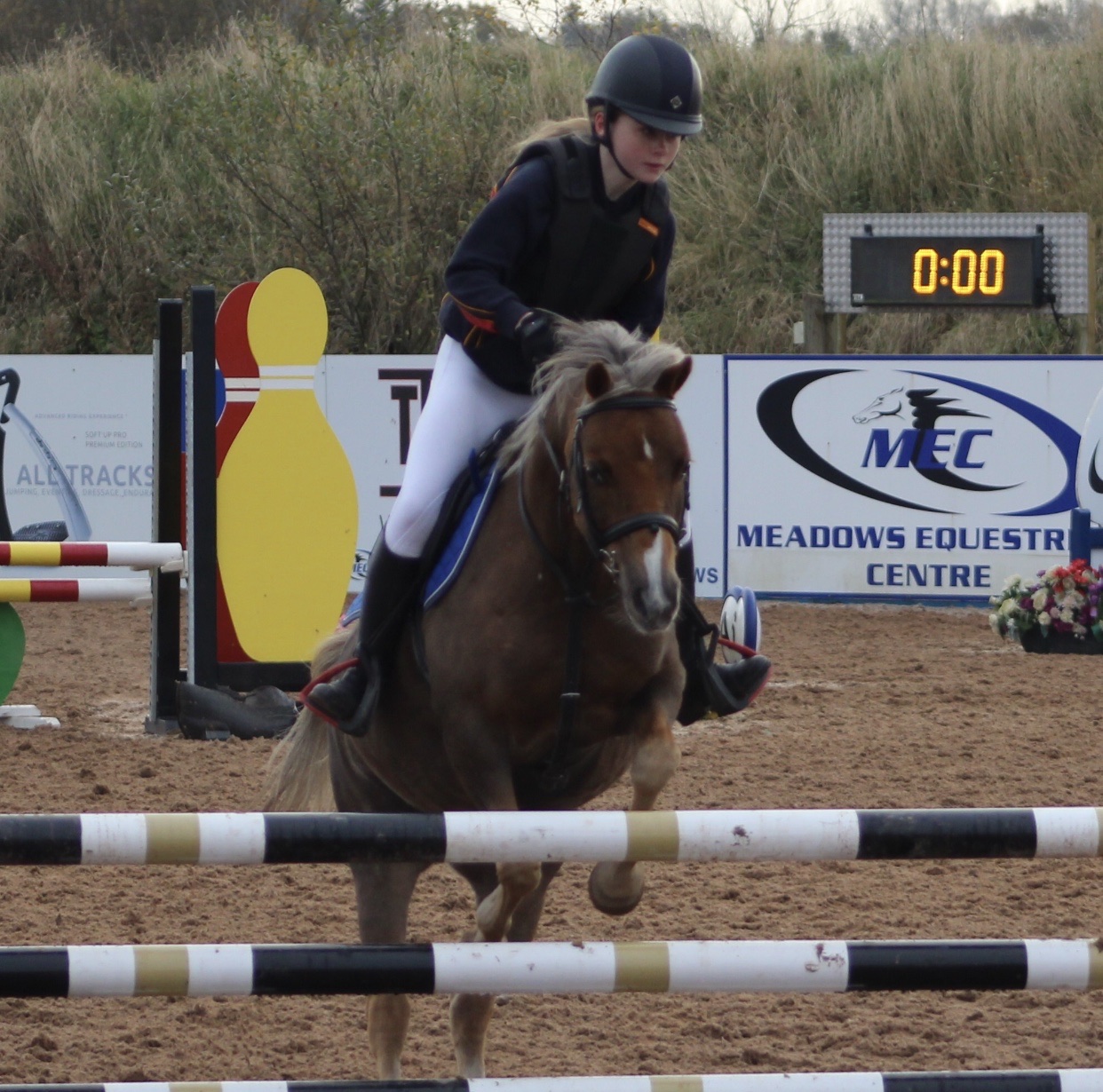 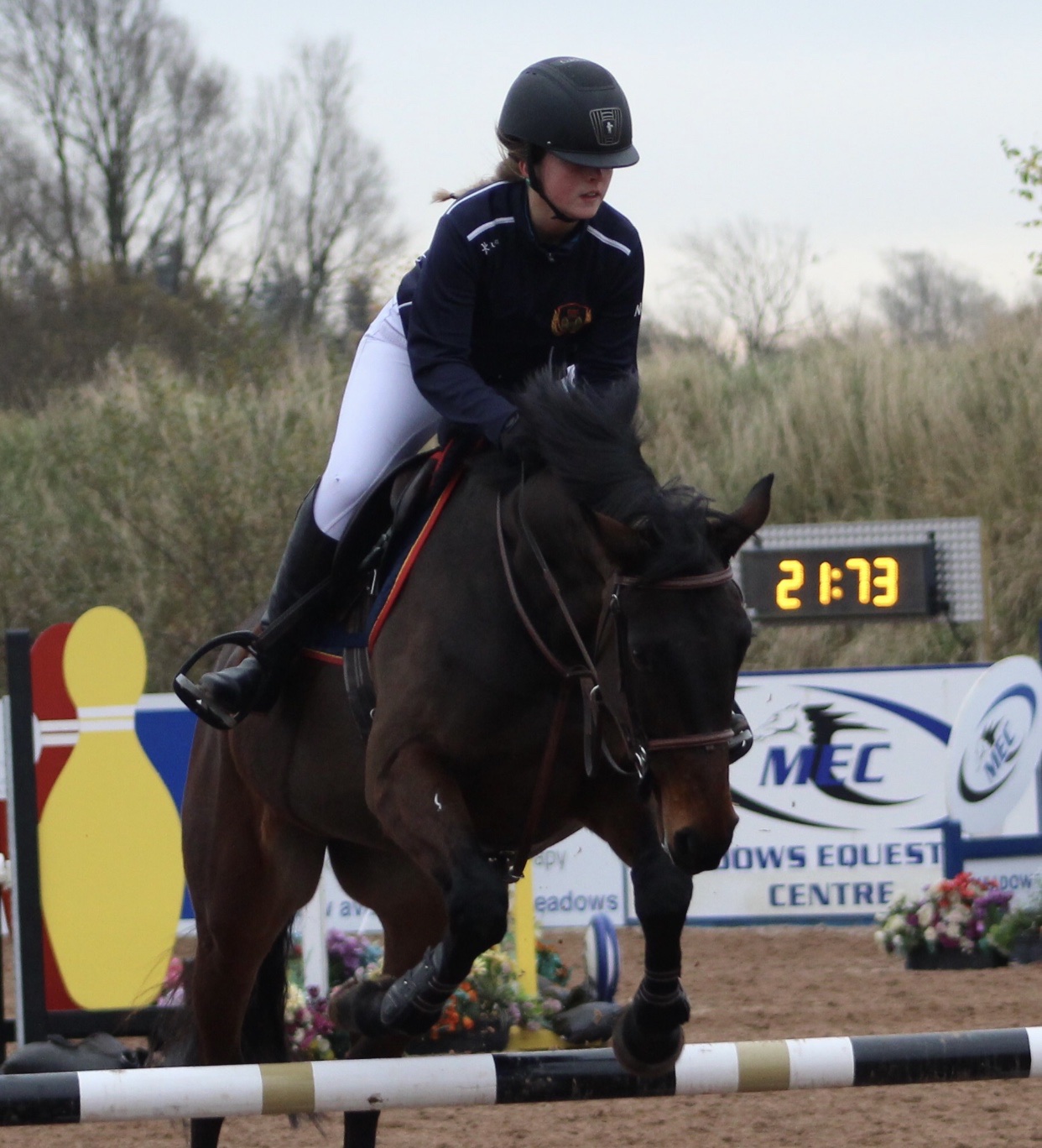 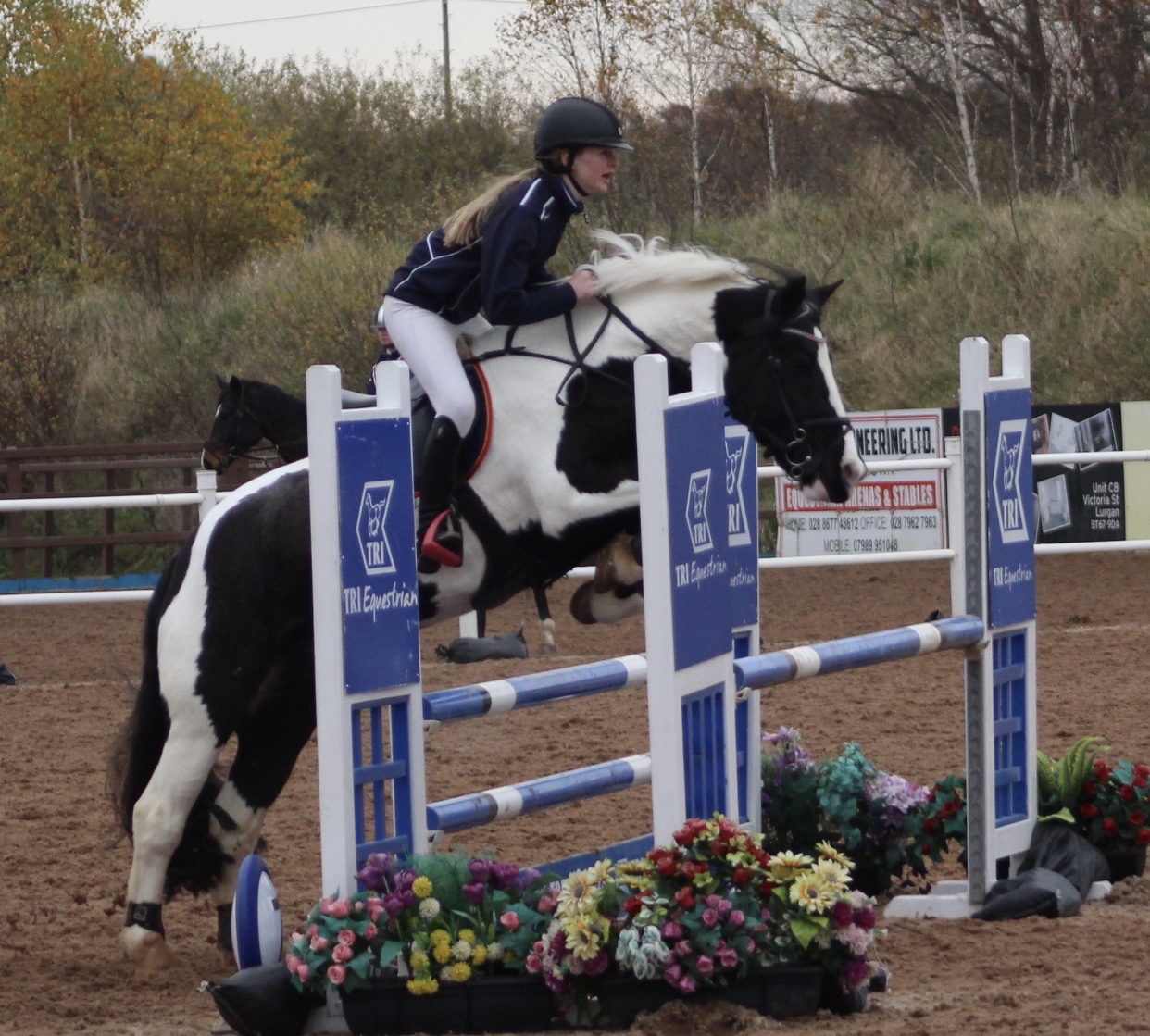 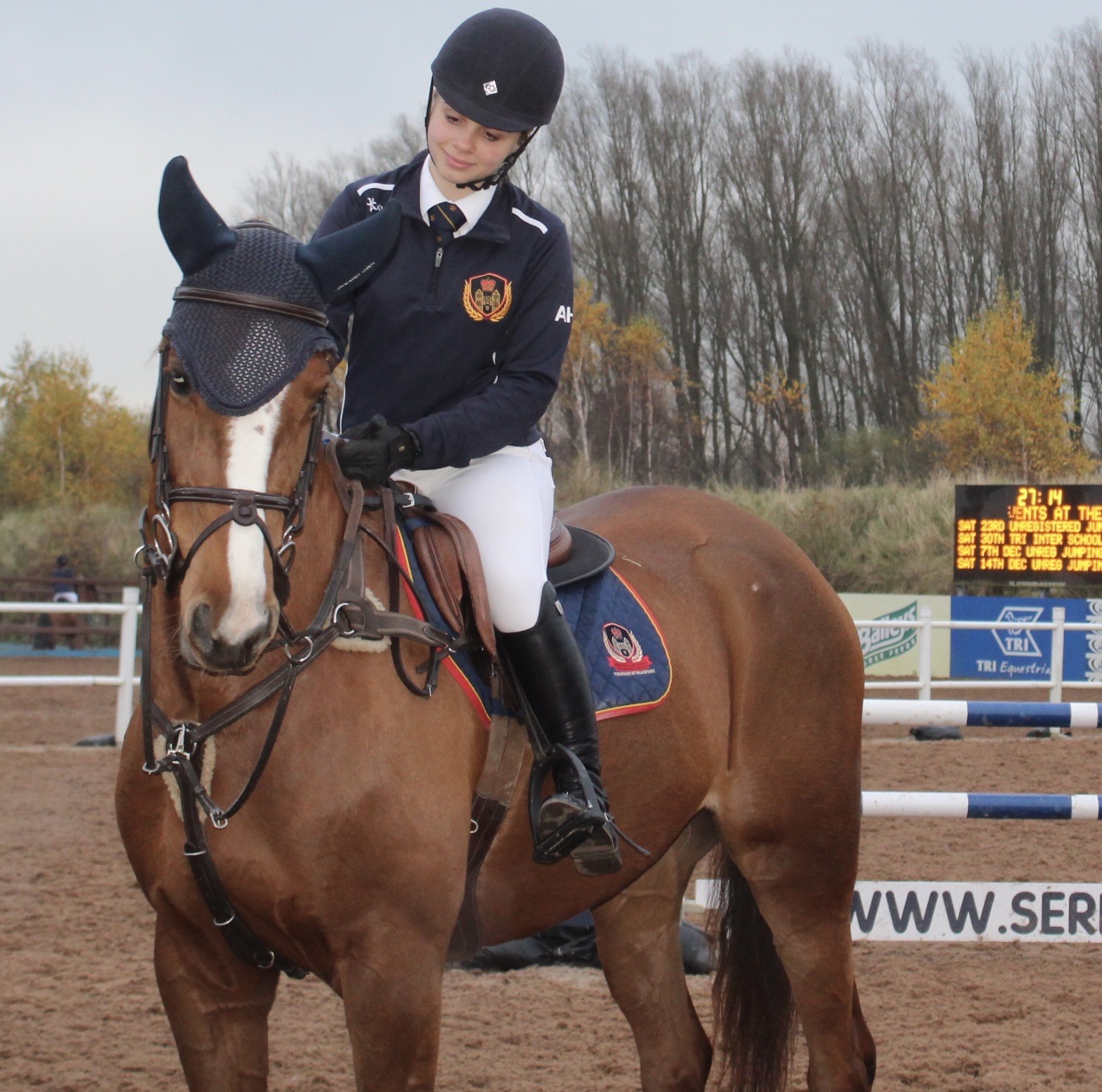