Having qualified 2nd in Ulster ERGS senior girls rugby team travelled to Donnybrook in Dublin on Wed 8th Nov to compete in the All Ireland Schools X7s rugby competition.

Our first pool game was against Gorey Community School (Gorey), Leinster, who were last year’s champions. As Gorey only lost one player from last year’s team we knew it would be a very competitive game. From the whistle ERGS faced a very physical and well drilled team that scored a few quick tries from ERGS errors and meant we were always playing catch up. Once settled the Enniskillen girls crossed the line twice but only one try was grounded.

Next up Rockwell College (Thurles), Munster. One of the bigger teams in the competition the physicality was immense. The squad must be commended for sticking to the game plan and punching above their weight literally to secure a 4-3 win. On thIs occasion skill conquered physicality.

Our last Pool game was Connacht’s Mercy School (Tuam). This was a good opportunity for the girls to play free-flowing Rugby and allowed the coaches to utilise the full squad. It was disappointing that this game was blown up early as every try counted to progress, however the 10-0 win fortunately was enough to give ERGS the 2nd place needed.

Upon confirmation of our place in the Plate Semi-final we faced St. Kevin’s Dunlavin (Wicklow), Leinster. It showed the camaraderie within the province that the other Ulster qualifying teams of Royal School, Dungannon; Loreto School, Letterkenny and Monaghan Collegiate, Monaghan stayed to support the only Ulster team left in the competition. This support was greatly appreciated by both the Players and Coaches. ERGS continued their free-flowing attack culminating in a 7-0 win.

The final loomed and the rain poured down! ERGS faced Sacred Heart, (Tullamore), Leinster on whom they were hoping to wreak revenge after being pipped at the post after extra-time in the 2015 Irish Schools Cup final. Unfortunately Tullamore’s Irish U18 international, Megan Burns, had a different plan single-handedly scoring several of their tries. ERGS defensive structure successfully nullified Tullamore’s attack keeping the score line at 3-3 with 30 seconds to go, but the opposition managed to get the rub of the green when two short advantage plays went against ERGS resulting in a 5-3 outcome

Although extremely disappointed with the result from the final, the team could take a lot of positives from the day. The squad’s development over the last three months showed in both their attacking and defensive performances, which delighted the coaches. Opening their 2017 All-Ireland Schools Cup against the eventual Cup winner’s, Gorey Community School, was not ideal however on another day the coaches would be confident of a much more competitive game. 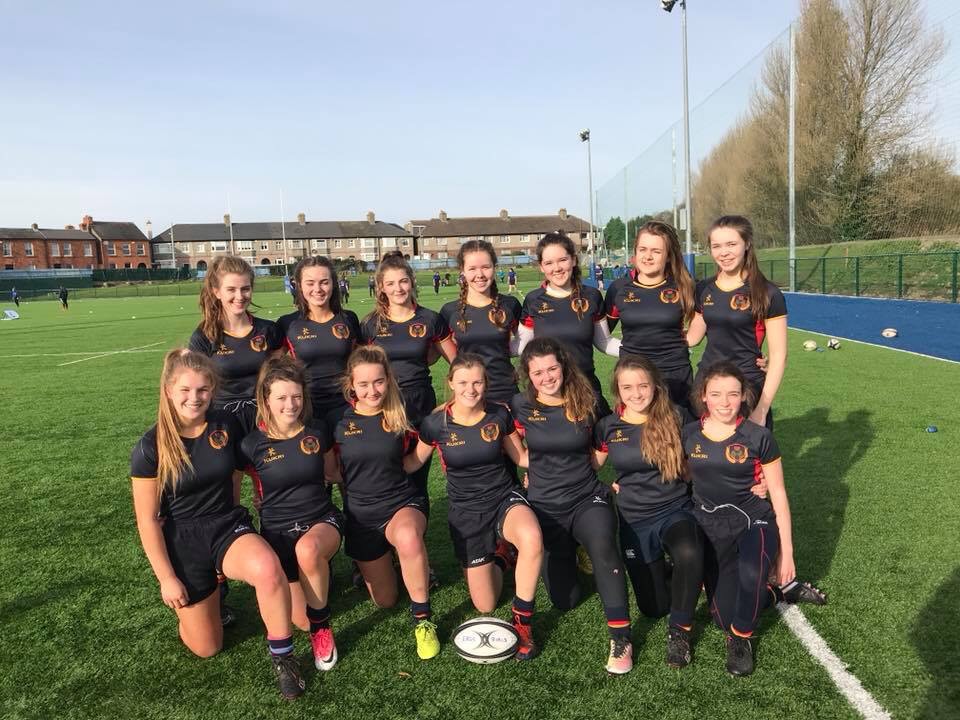 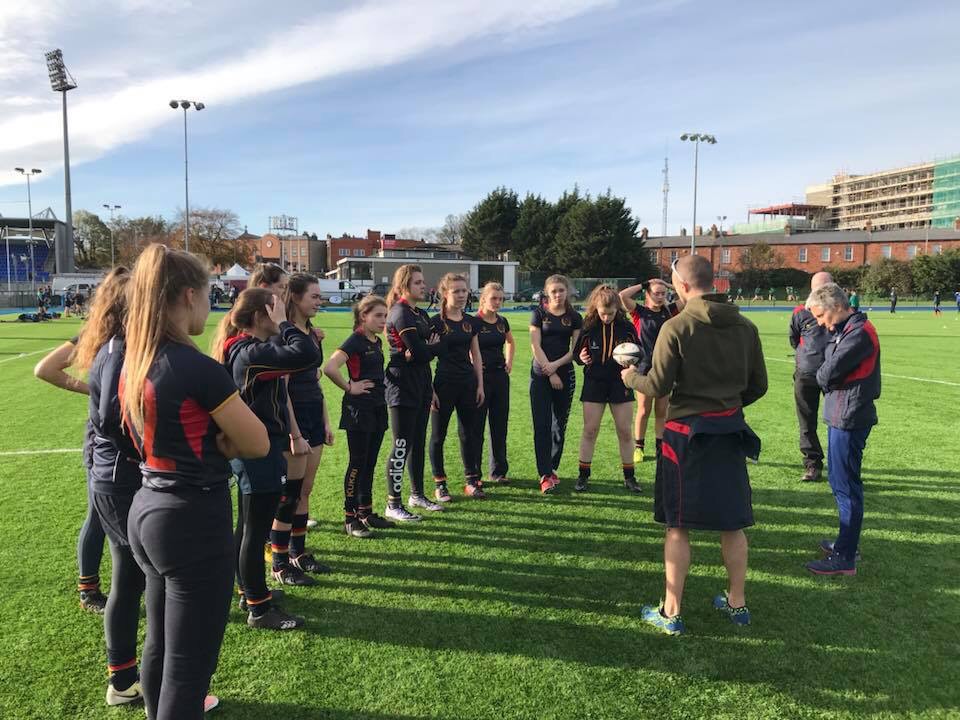 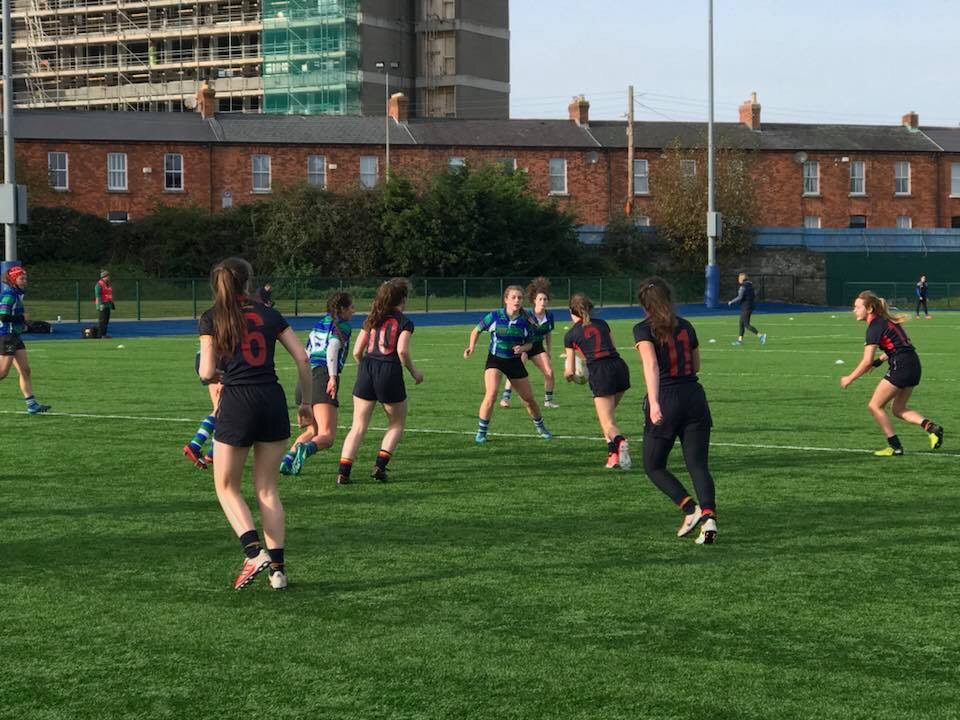 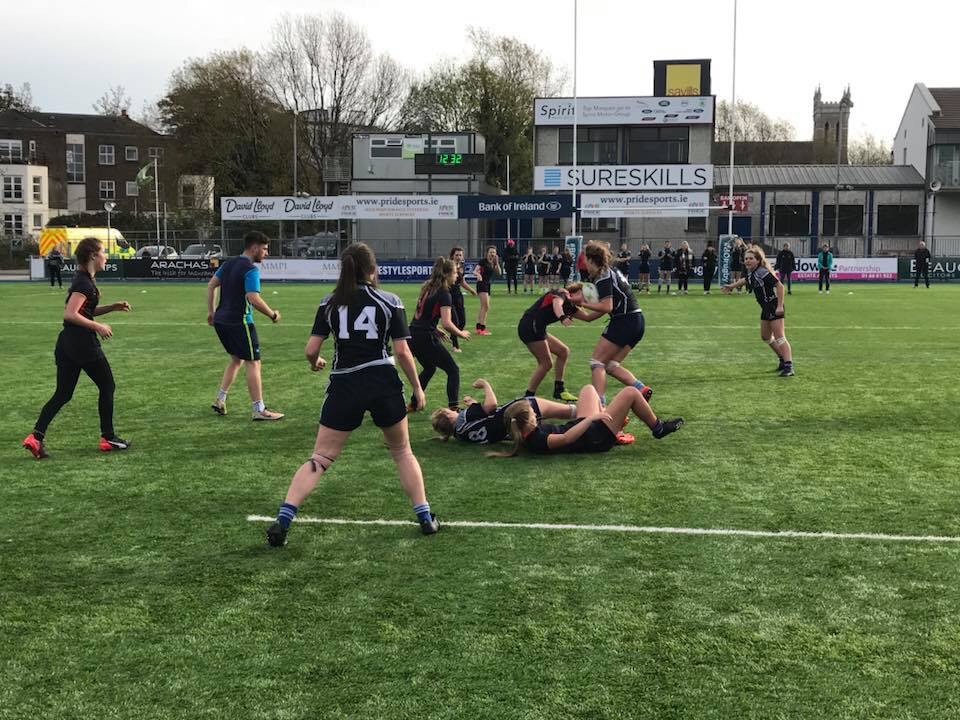 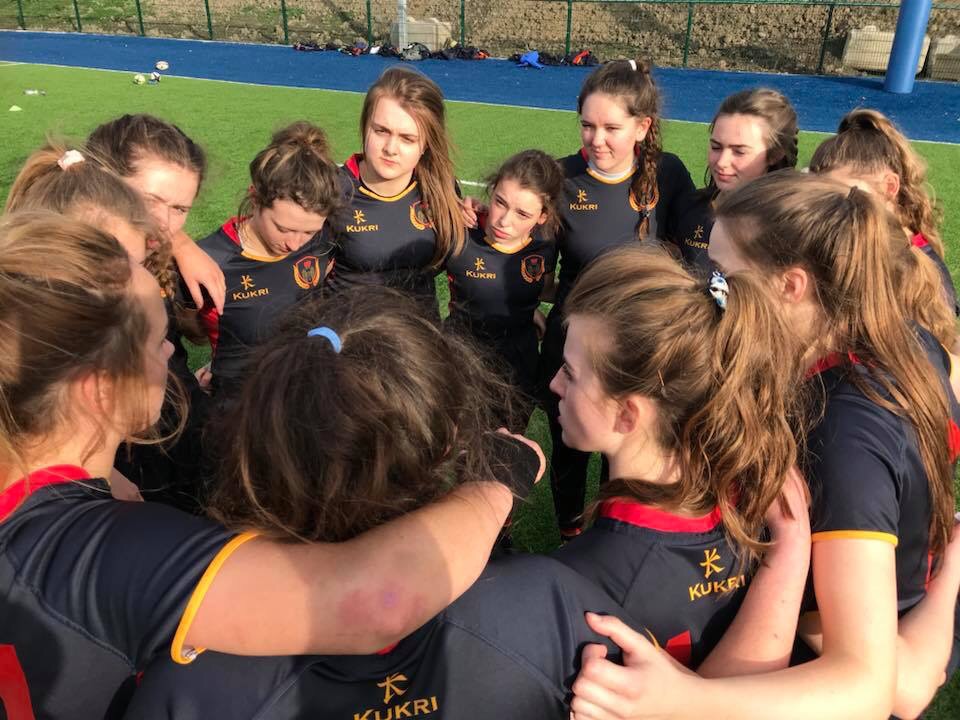