On Thursday 24th, our Year 10 Junior team travelled a short distance to play a friendly match against St Fanchea’s. Very kindly, they agreed to be our ‘Warm-up’ match ahead of Friday’s League match.

The girls were all keyed up and ready to show how well they have gelled as a team. From the offset, it was clear that the St Fanchea’s team ( made up of a combination of Year 9s and 10s) weren’t quite as strong and are still in their development phase. This gave our girls the opportunity to practice a variety of different plays to see what worked and what needed improvement. In all, it was a super match in which the whole squad showed what they are capable of, including playing out of position. A deserved win of 21-4.

Friday 25th February saw us facing Mount Lourdes (MLE) – a school with an undeniably excellent tradition of Netball and as such, meant that our girls were going to have to play their socks off. Many of the girls on both teams have been attending a local development squad over the past few months, so have gotten to know each other very well and are great friends – this was not going to be an easy match

In a very strict set-up for umpiring – each umpire able to blow for errors in only their half and their side-line, the scene was set!

A strong warm-up had the girls ready for play. Anna Cairns as the team captain took the toss for centre pass or direction. They got direction and set themselves up for the first quarter ( 7.5 minutes).

MLE were on the attack immediately, putting our girls on the wrong foot. A score coming within the first minute. This unsettled them for a while, giving the MLE girls the opportunity to make plays that usually the ERGS girls would defend well. Despite the ball being fed through the court and into our shooting circle, the MLE defence were proving too strong for our shooters, making it hard to attempt any shots. Another two scores went in before the ERGS girls settled. Finally, just before the end of the quarter, a lovely through ball reached Eve Balfour in the circle and she got ERGS first score. 3-1 at the end of the 1st quarter.

After a strong talk at the break, the teams took to the court for the 2nd quarter. This time, it was the ERGS girls who came out fighting, with Maria bullock putting two scores on the board before MLE could retaliate. This quarter really showed the excellent partnership of Anna Cairns, Lucie-Anne Abbott and Emma Fawcett. These three ensured that the play was constantly moving and changing in the centre and attacking thirds. The MLE defence remained very strong denying the shooters too many chances. It was therefore important that they attempted shots as soon as the ball got into the circle. Despite valiant efforts by Jodie Thompson, Chloe Robinson and Emma Fawcett in our

defending third, MLE still managed to get the ball through and add to their score. End of the half 8-4 to MLE.

During the break – the girls analysed the play to see were they needed to tighten up and who they had to mark out of the game where possible. Buoyed by the extra scores they had ion the quarter and the knowledge that their play was better, the approached the third quarter with a mighty determination.

It was like seeing the team change gear- play was flowing well with excellent short, long and bounce passes outfoxing the MLE players. The girls put up 3 goals to MLE’s 2 leaving the score at 10-7 at the end of this quarter. This was by far the best section of play by both teams.

The final quarter loomed, one change of player ( Jessica Foy) as fresh legs needed to mark the very quick MLE Wing attack. The girls knew that if they could play as they did in the previous quarter, the match was theirs for the taking. Unfortunately, MLE were just as keen to win and really stepped up a gear. The ERGS girls continued to play strongly; but the combination of a solid MLE defence, denying our shooters access to the net and very determined MLE attacker’s sending the ball into their shooting circle, meant that scores were mounting for MLE and not for ERGS. The girls did become disheartened, and their play suffered a little as heads went down. The frustration was apparent on their faces as they could see the match slipping out of their grasp. Final score 18-7.

I must say that I was very proud of all the players – the supporting squad included; their encouragement and help during the breaks with their views on the game as seen from the sideline, proved useful as it gave the players extra insight so helping their game.

The MLE coach came across at the end and congratulated our girls on a very strong game. She said that her girls played the best netball they have ever played, proving that it was a very tough match. Thankfully all girls remain friends at the end of the match too.

Final league match is against St Ronan’s College Lurgan – away on the 23rd February. 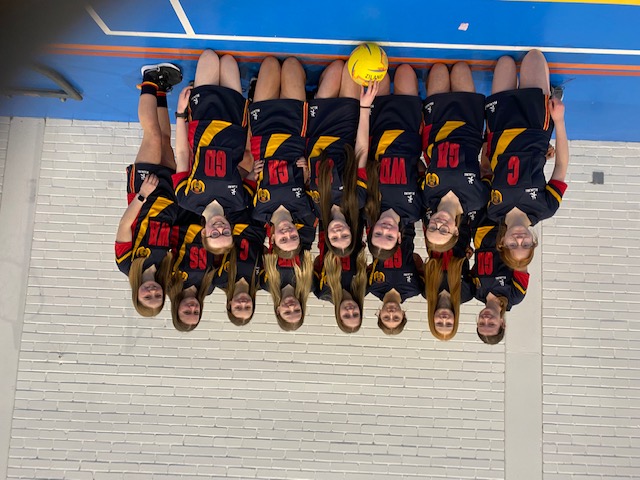 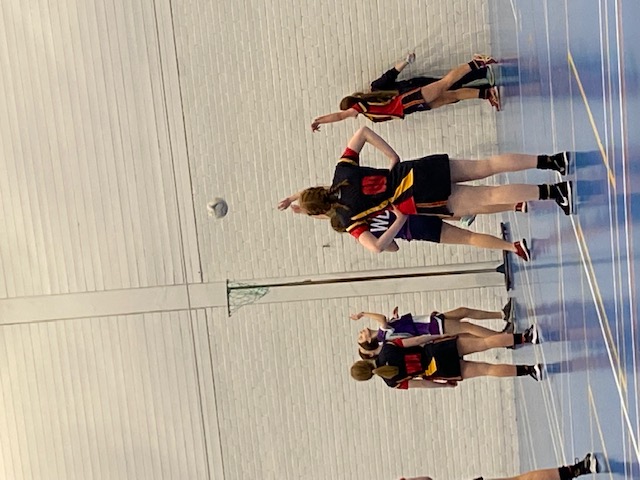 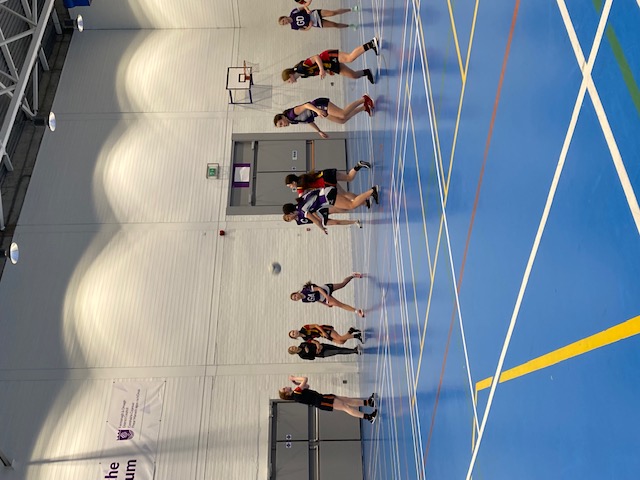 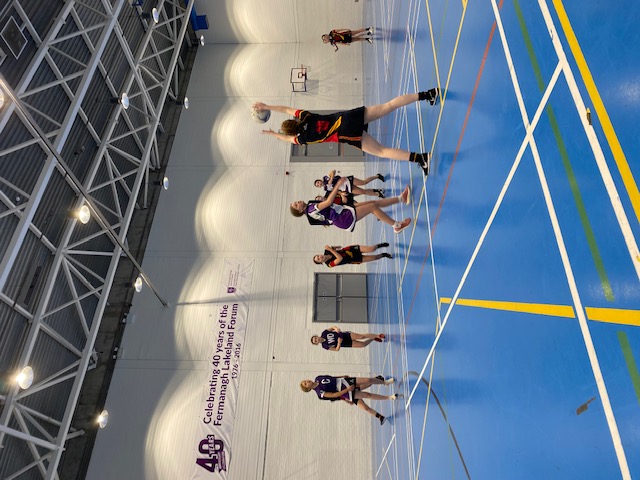