Listen this evening to Mrs Rees, Luca and Lukas, as they reflect on their involvement in the Across the Lines project

Home Latest News Listen this evening to Mrs Rees, Luca and Lukas, as they reflect on their involvement in the Across the Lines project
NextPrevious

Listen this evening to Mrs Rees, Luca and Lukas, as they reflect on their involvement in the Across the Lines project

Listen later this evening to Mrs Rees and Yr 14 Performing Arts students Luca Quinn and Lukas Maciulevicius; who feature in a broadcast this evening on Ocean FM’s Arts NorthWest programme at  9:30 pm, reflecting on the cross-border project ‘Across the lines’ they have been involved in from 2018-2020.

click here to listen.. http://www.oceanfm.ie/shows/arts-north-west
The Fermanagh group involved in the project was made of Post 16 Enniskillen Royal Students,  Adam Dilworth, Luca Quinn, Lukas Maciulevicius, Sarah Kirke, Adrianna Hurst, Nadine Curtis  and past students Mimi Milmore, Caoimhe Gallagher Lawson and  Erin Webster. The aim of the cross border drama group was to connect young people from Fermanagh with Youth Drama clubs in Manor Hamilton and Leitrim.
During the first project SL&NCR they worked with Carlo Gebbler and Kabosh Theatre Company to create and perform an original play based on the impact of  railway closure between Enniskillen and Sligo,  which was performed in The Glens Centre and The Ardhowen in March 2019 to sell out audiences.
The second project was a devised piece created by the participants reflecting on their concerns for their future and the impact of the border and Brexit, culminating in a live theatre performance of ‘Border Games’ in March 2020 just before Lockdown in the Glens Centre Manorhamilton.
Throughout the two years,  the students have all shown excellent commitment and creativity during development and rehearsal phase of the projects, as well as creating new and lasting friendships with their peers across the border. 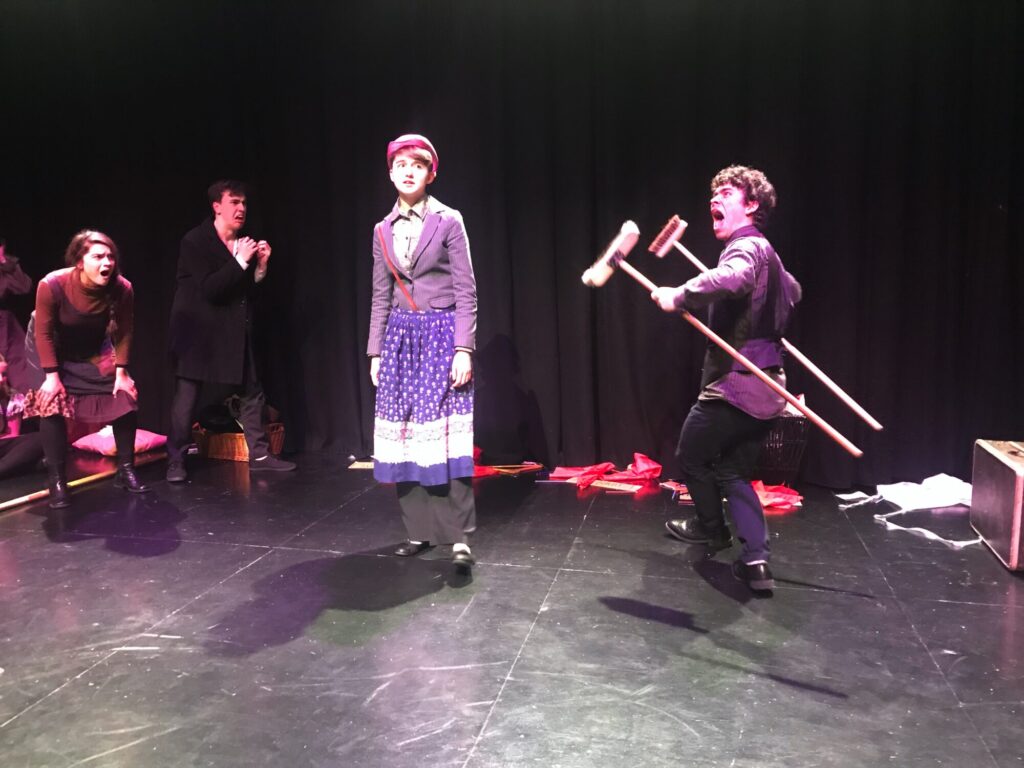 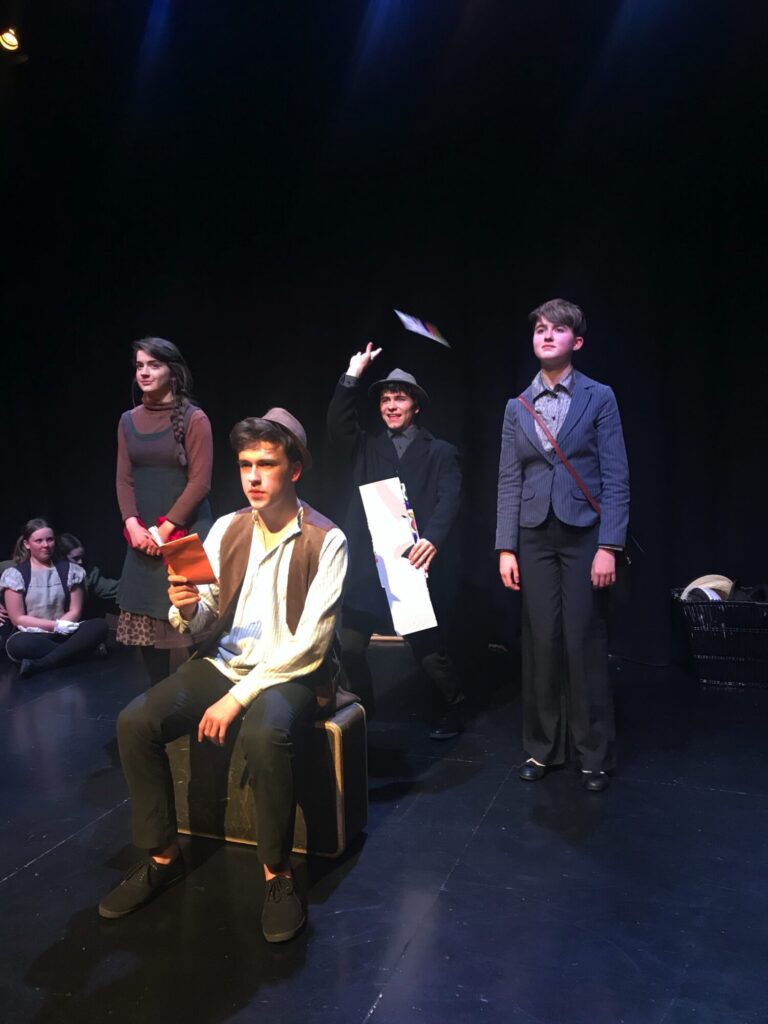