The draw for the quarter-finals of Ulster Schools 2ndXV Cup match pitted Enniskillen Royal against the favourites, Methodist College Belfast, a team that steamrolled them at the beginning of the season by 58 points to nil. When Methody outflanked the visitor’s back line and forced their way over for a try within the first 2 minutes there must have been a sense of déjà vu amongst the vocal travelling supporters.

However, the senior squad system at ERGS has become a much more professional environment over the last 5 years under Head Coach, Ashley Finlay, and before him, Rhys Botha. The results for the 2ndXV have been steadily improving over his latter end of the season and captained by their out half, the perennially calm George Foster, there was little sign of panic at this early setback. Although the well drilled Methody side had the majority of possession over the next period they were continually harassed by the mobile ERGS back row of Gauley, Harron and Hutchinson. The pressure on the home side led to penalties and ERGS were finally able to make a decent assault on the Methody try line. From a scrum on the 5 metre line scrum half, McConkey, delivered a wide pass to Foster who fed inside centre, Caldbeck, on a crash ball. Caldbeck was stopped short but the ball was taken on by prop, Kyle Cuthberton, who was driven over the line by his pack. Foster popped the conversion and ERGS led by 7 points to 5. It was a lead they were to hold until a minute from half time.

Enniskillen had a number of opportunities to extend that lead during the first half, including a clear chance for outside centre, Thom Morton, who fell millimetres short of the line when his studs gave way in the soft ground. Methody were a little more clinical and they scored a second try through their forwards on the stroke of half time to go into the break leading by 10 points to 7.

The second half continued in much the same vein with ERGS just failing to make good on their hard earned opportunities and Methody relentlessly pushing ERGS back, now aided by a strong breeze. Enniskillen, although very quick and very aggressive in defence, had a tendency to tackle too high allowing the strong home pack to make many easy metres. Failure to deal with a fairly innocuous chip from Methody’s scrum half led to another unconverted try for the Belfast team. It would be unjust not to mention a moment of great control by the ERGS forwards. They caught the ball from a line out inside their own half and with hooker, Ryan Phair, directing operations from the back of a rolling maul they took the ball all the way to the Methody 22 metre line where the visitors were finally forced to bring it down and give away a penalty. This led to a sustained and lengthy period of ERGS pressure on the Methody line. Unfortunately, they could not get across that line and eventually settled for 3 points and a 15 – 10 score line. Credit has to go to the Methody defence for their robust defence during this passage.

The game finished with Methody scoring two more unconverted tries against a tiring Enniskillen team and a final score of 25 – 10. It had been a ferociously physical encounter played at speed and with admirable skill shown by both sides. The Fermanagh men will naturally be disappointed but can be very satisfied with their performance. To come from such a low point at the beginning of September, to give the Cup favourites what their coach freely admitted was their “toughest game of the season”, must be a source of some pride for the team and their coach, John Clarke.

Next Saturday, 8th, sees the ERGS 1stXV return to Cup competition when they travel to Grosvenor Grammar School for their Last 16 draw in the Danske Bank Ulster Schools Cup. 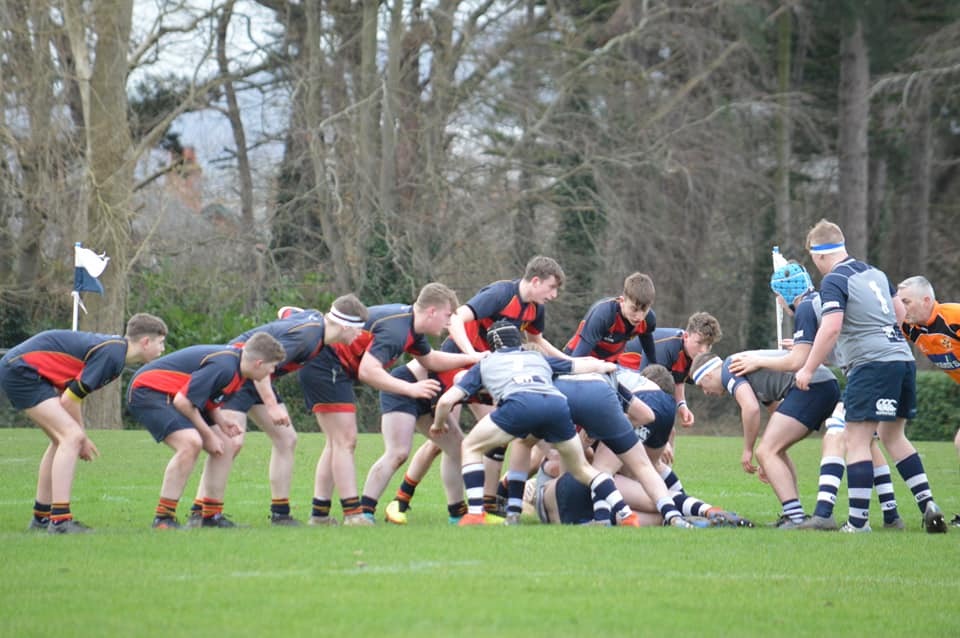 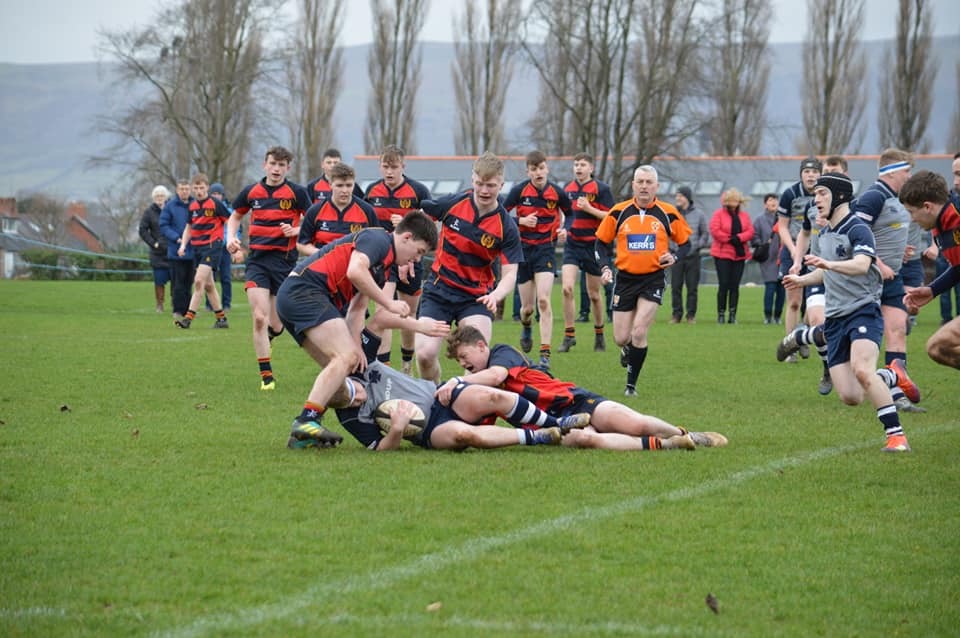 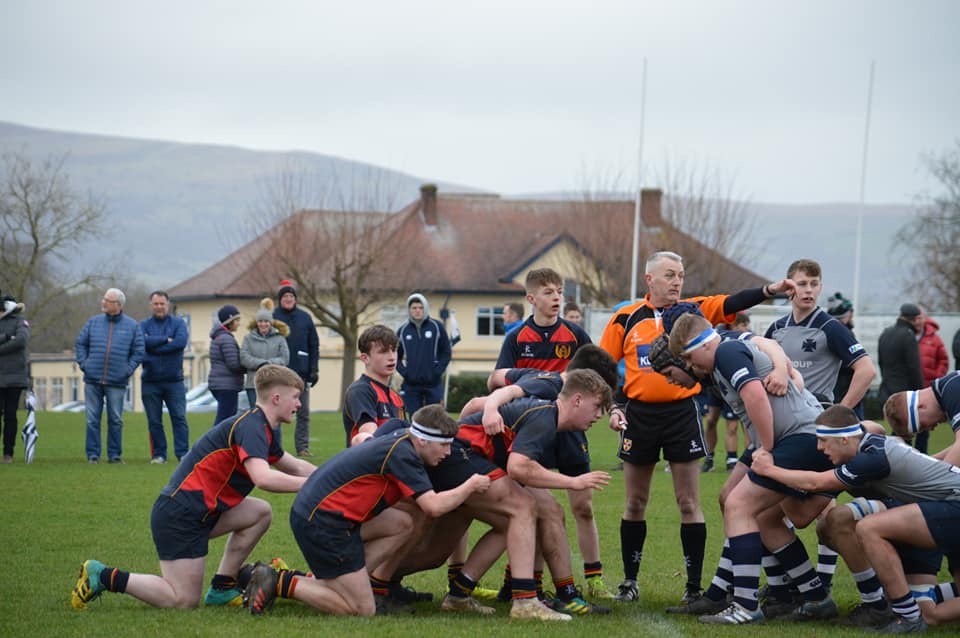 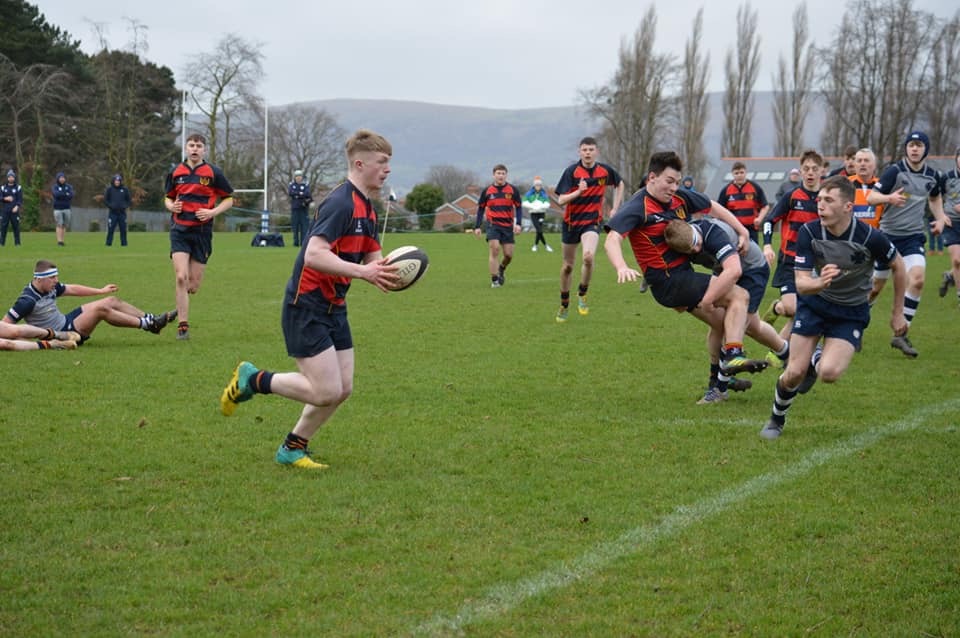