By Enniskillen Royal | Latest News | Comments are Closed | 20 December, 2021 | 1
On Friday 10th December ERGS pupils Poppy Clarke, Year 13 and Yoly Brannigan, Year 10 performed as soloists at the Christmas Concert held by Fermanagh Choral Society. The event was held in St Marcartin’s Cathedral in Enniskillen and featured the choral society presenting a number of pieces in a socially distanced choir.  Poppy, who is a flautist, performed two pieces, ‘Air a l’Italien’ by the Baroque composer, Telemann as well as ‘Maria’ from Bernstein’s West Side Story.  Yoly, a violinist, also performed two contrasting pieces from the Romantic era, namely ‘Le Cygne’ (The Swan) fromCarnival of the Animals by Saint-Saens as well as ‘Concerto in A minor’ by Jean Baptiste Accolay. Piano accompaniments were provided for Poppy and Yoly by David Robertson who is the Musical Director of the Fermanagh Choral Society.
The performances were very warmly received by the audience, and this was a lovely opportunity for both Poppy and Yoly to develop their performance skills. 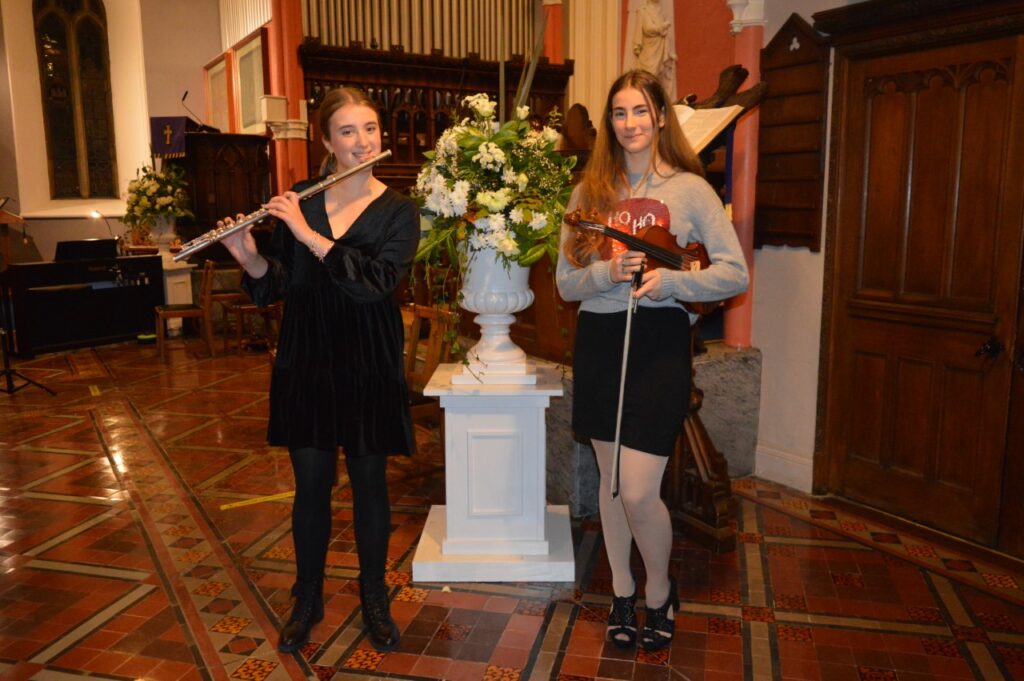