Based on a true story of friendship between a wheelchair bound millionaire (Francois Cluzet) and his street smart ex-con caretaker (Omar Sy). Les Intouchables (Untouchable), is an uplifting comedy drama about friendship, trust and human possibility. The film depicts an unlikely camaraderie between two individuals who, on the surface, would seem to have nothing in common. It was France’s foreign language entry for the Oscars in 2012 and has won a host of awards around the world for Best Foreign Language Film. It will be played in its original French language with English sub-titles. 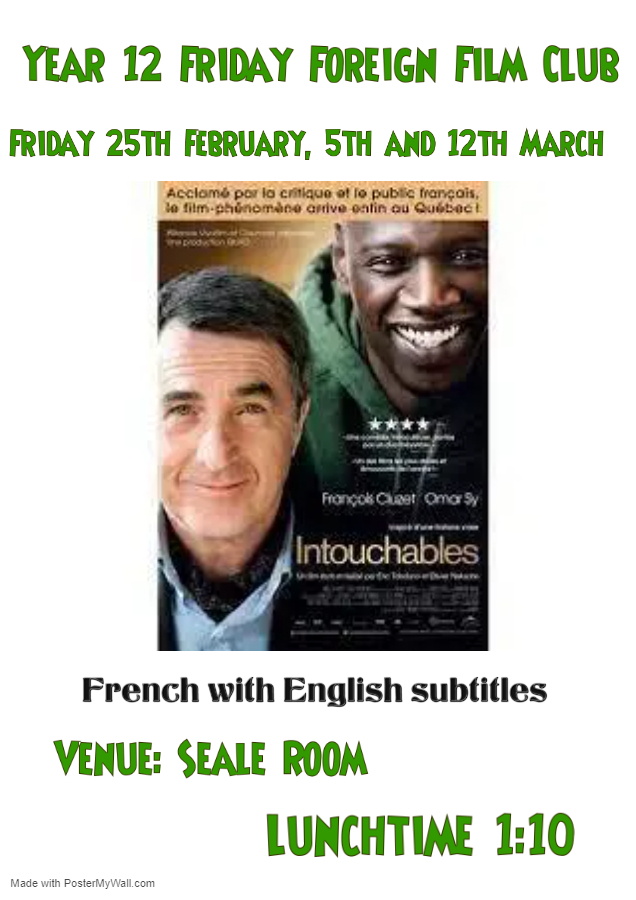