It was a privilege for ERGS to host the WRWC 2017 Trophy Tour today. The Womens Rugby World Cup Trophy has recently arrived in Ireland after its tour of England in the build-up to this summer’s competition and ERGS was identified as a definite stop due its link with Emily Valentine, considered by many to be the first lady of rugby.

Supporters of the women’s game are becoming increasingly aware of Emily Valentine whose credentials for inclusion can rival those of Webb Ellis. Her story also took place in the 19th century on a school playing field at Portora Royal School, where her father was the Assistant Headmaster in 1887. 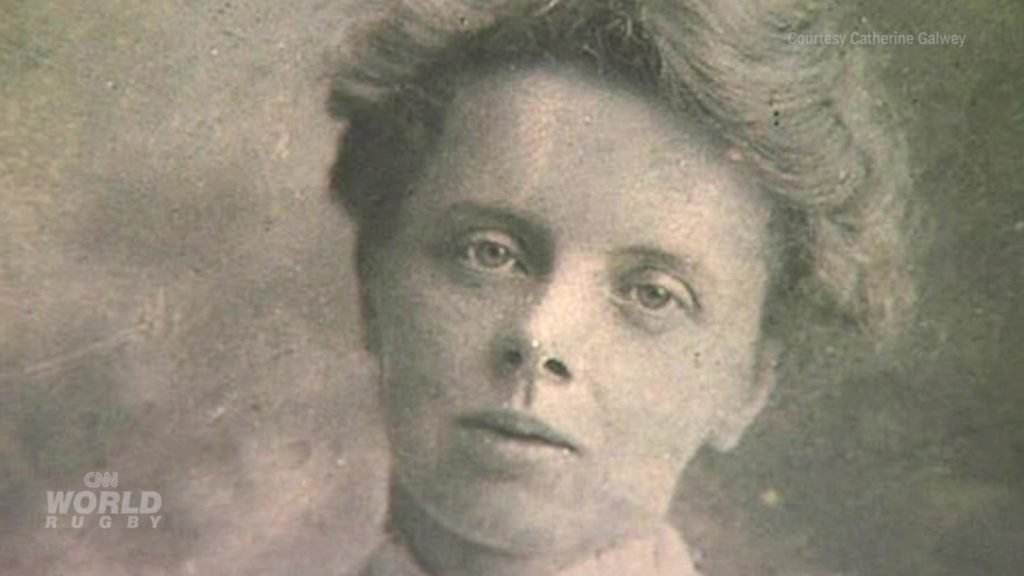 “I loved rugby football, but seldom got a chance to do more than kick a place-kick or a drop-kick, but I could run in spite of petticoats and thick undergarments. I could run. My great ambition was to play in a real rugby game and score a try.” Extract from Emily Valentine’s journal.

The trophy visited both Cooper Crescent and Lough Shore sites as well as ERFC where several of our girls where involved in a Tag Rugby blitz. Pupils from several year groups got the opportunity to hear the story of Emily and have their photographs taken alongside the sought after silverware.