100 boys take the pitch on a sunny Friday afternoon.

100 boys take the pitch on a sunny Friday afternoon.

This afternoon 50 of our year 8 boys took to the pitches at the Forum and Eisenhower playing fields to play against their peers from Devenish College.

In football, played at the Forum, the ERGS squad split into two teams playing in a series of small sided games. All involved worked tremendously hard showing great flair and skill. The boys from both schools were commended for their behaviour and sporting attitude. In the end it was the ERGS A team that ran out overall winners after some closely fought games. Well done to all involved.

In rugby played on the Eisenhower fields, the U12A team played some convincing rugby against the Devenish U13s coming away with a 35-10 win, whilst the U12B team played the Devenish U12s and notched up a similarly confident score line of 50-20.

A huge thank you to our colleagues from Devenish for the opportunity to play and get involved in these games resulting in 100 year 8&9 boys from the community participating in inter-school competitive sport on a sunny Friday afternoon at the end of a tough school year. What a great finish to the season!! 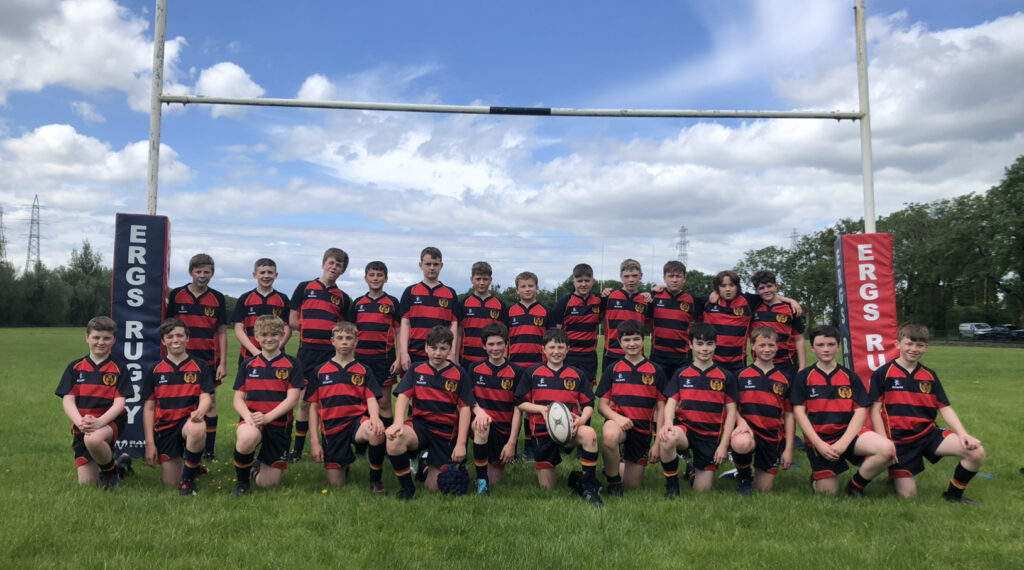