A local show for some of our girls to compete in this week. A long time since the last Drumragh Show! With Covid around, it was a small show with only 4 classes (40cm, 60cm, 80cm and 90cm).

Just two of our girls were free to compete, so that meant Individuals rather than Teams. Both girls – Sarah Fleming + Sahara and Tess Wallace + Elvisentered the 60s and the 80s.

Sarah was in first for the 60s and had a super round; she and Sahara posted a double clear. Tess was in next and although she and Elvis cleared all the jumps, they incurred a penalty for being a little unsure of the course. We were all delighted when Sarah was announced as coming in 2nd place for this event. A nice Rosette for her collection.

The girls – buoyed by their first ride, waited patiently for their next one. This time Tess was in first and was doing really well until Elvis got a bit spooked by one of the course builders, refused a jump and unseated her. A real shame as the pair were on track for a solid round. Sarah was in after a few other riders and once again, posted a double clear.

Well done to both the girls and their ponies. Thanks also to their parents once again for facilitating transport and fantastic support.

Next week will see Week 5 of the Tri-League, hopefully we will have our team out again and a few more individuals – Covid permitting 😊. 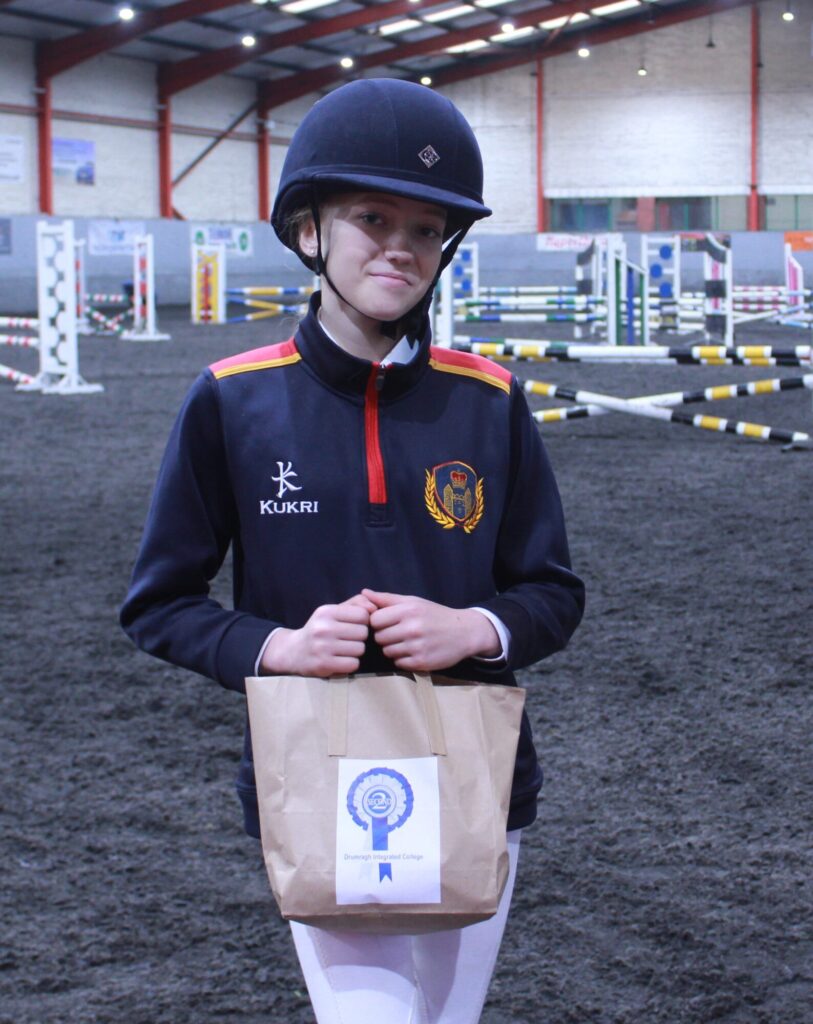 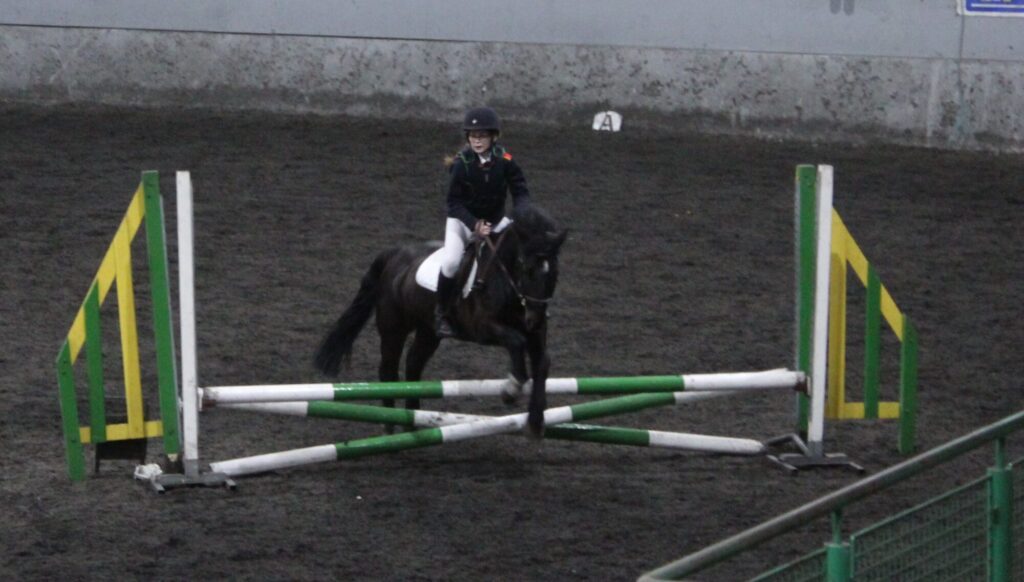 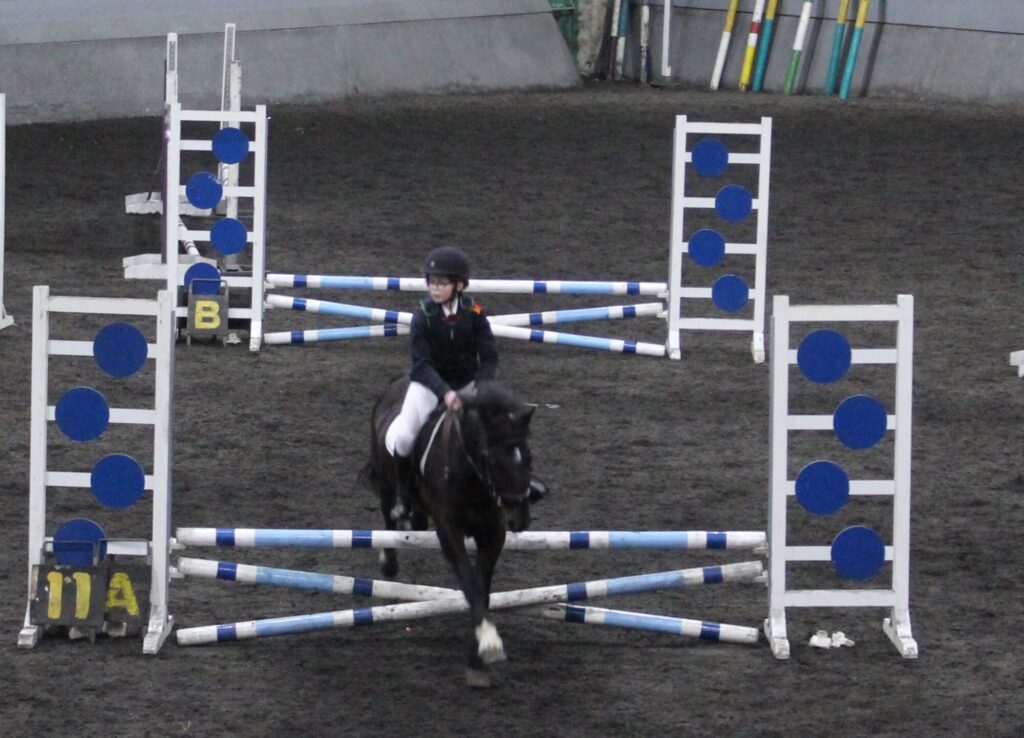