On Sunday 15th April 2018 the four proud provinces of Ireland came together at the National Aquatic Centre to compete for the Swim Ireland Schools Inter-Provincial Trophy.

Following regional competitions earlier in the season the top two swimmers in each age group in each event were selected to swim for their province. Ellie McCartney, representing Enniskillen Royal Grammar School, qualified for Ulster Schools in the competition in two separate events.

Ellie, 13, was competing in the Junior (13-14) age group. Ellie’s first swim was in the 100m Breaststroke where she smashed her previous personal best with a time of 1:14.68 wining the age group. This was followed by a fantastic 200m Individual Medley. Ellie was also part of the winning Medley Relay team as well as coming 2nd in the Freestyle Relay.

This was a fantastic achievement for the ERGS student. Reaching Representative honours for the first time with impressive swims shows the progress Ellie is making with continuing hard work in and out of the pool. 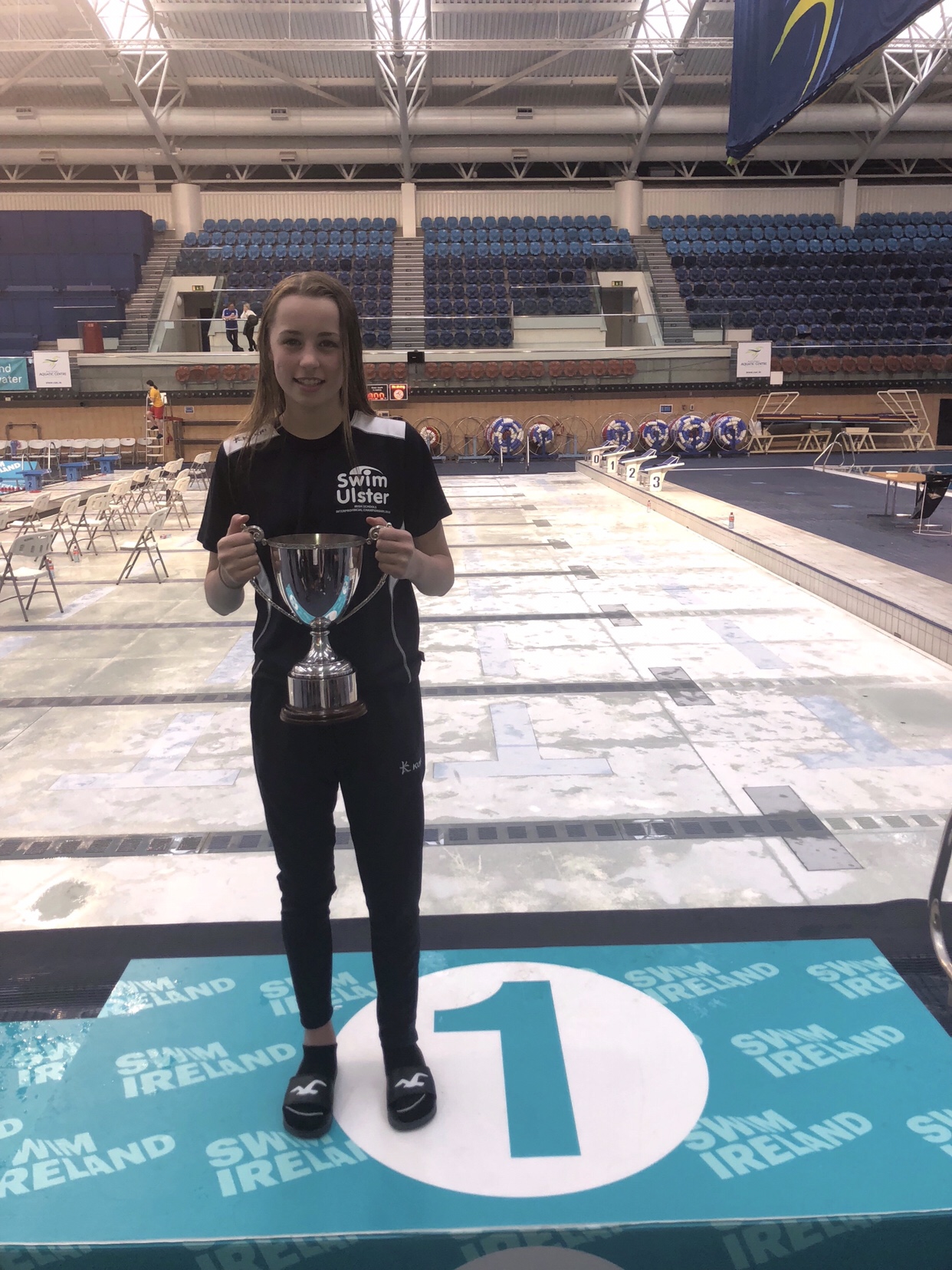