Congratulations to year 8 pupil, Enda Love, who applied and was chosen as a mascot for the recent Northern Ireland V Switzerland World Cup playoff at Windsor Park.

As part of the experience, Enda had to attend a familiarisation evening on the Tuesday night before the game, during which all the mascots were given a ‘behind the scenes’ tour before being shown onto the pitch for a full rehearsal of the mascot’s role.

Enda found out that he would be the mascot for Northern Ireland captain, Steven Davis and that he would wear the Switzerland kit. He described the night when he walked out onto the pitch as “awesome” 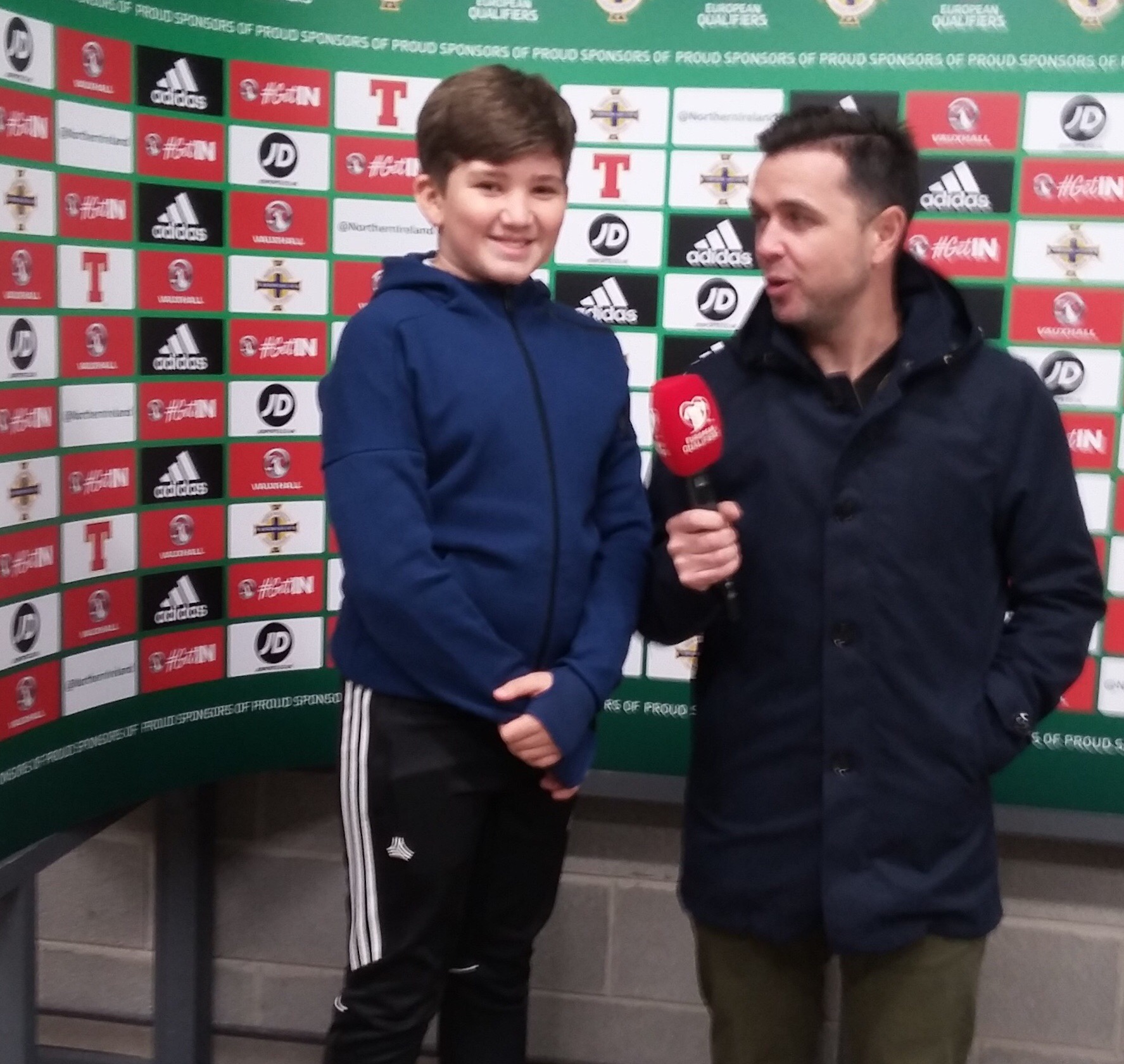 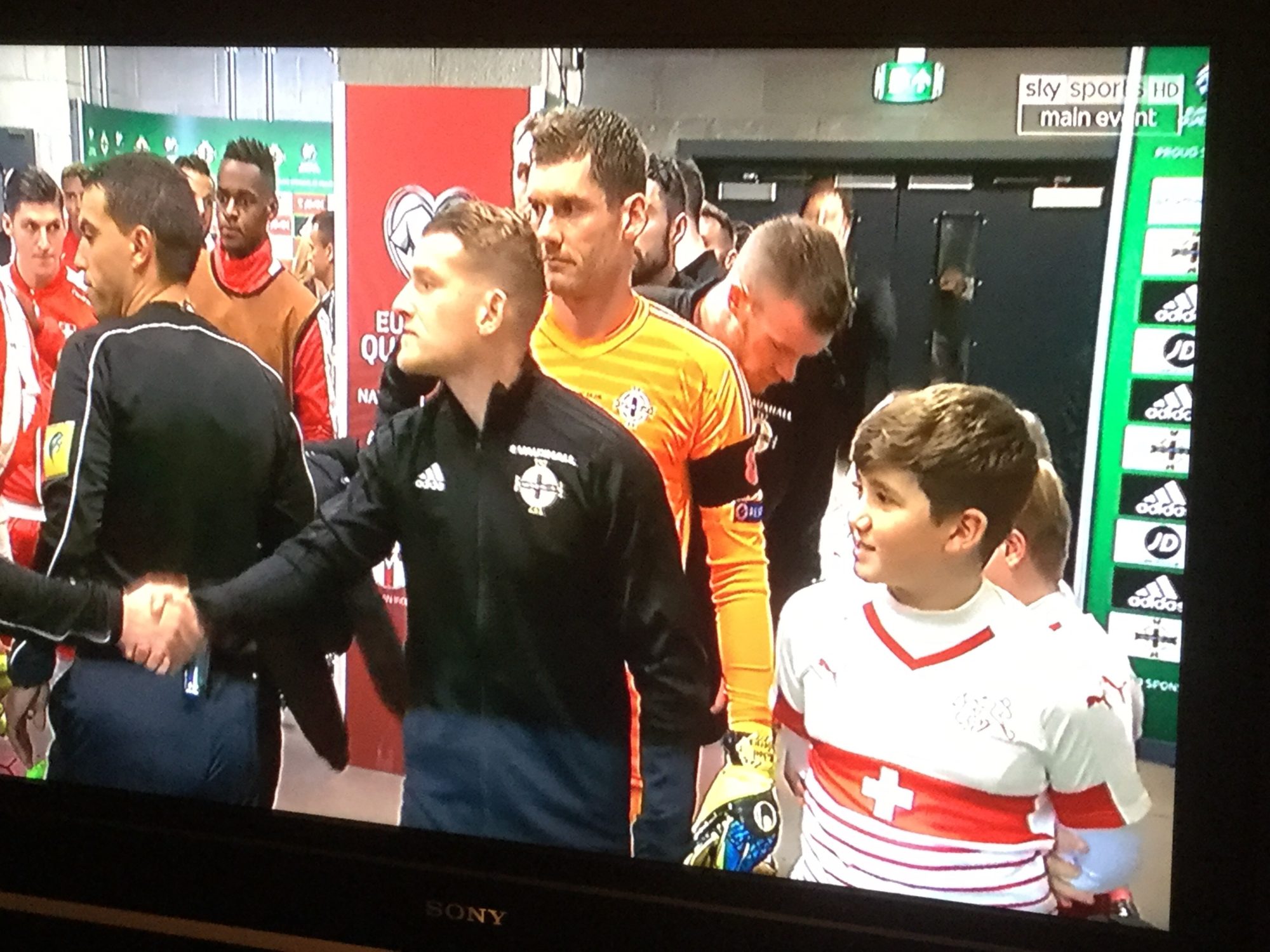 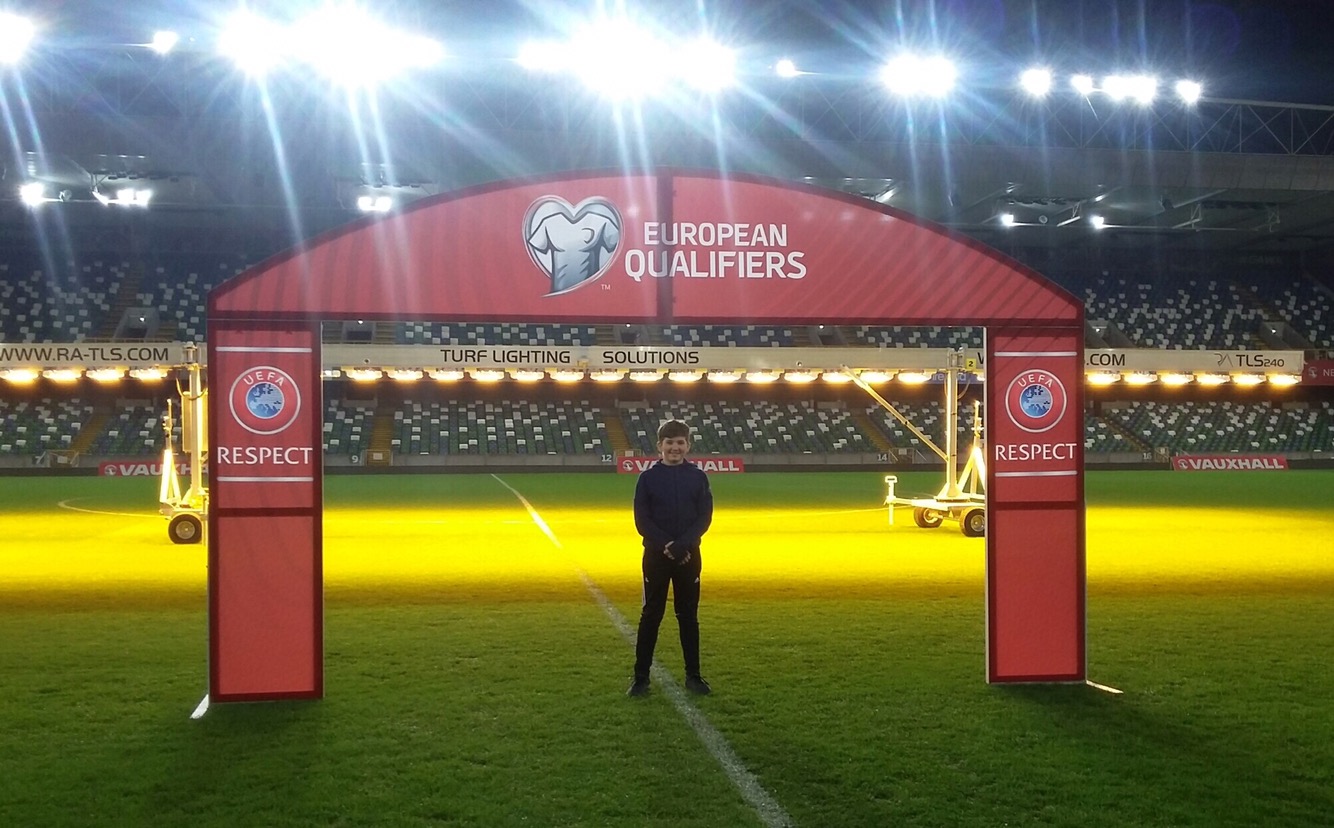