Enniskillen Royal Grammar School played St Fanchea’s in the inaugural Novice division of the Northern Ireland Netball League today at the Lakeland Forum.  The young ERGS side got off to a shaky start despite some excellent play from Sophia Williams at Wing Attack (WA) and Rachel Mullan at Centre (C). This let SFE slot in two goals in quick succession. This gave the team a bit of a rude awakening and they began to pass the ball more accurately and make good use of their possession by getting the ball into their attacking Semi circle. Despite several attempts on goal, the ball just refused to go in. SFE took the chance of an interception to feed the ball up to their Goal Shooter (GS) for a third goal. Not to be disheartened, Sophia and Rachel Clarke (our Goal Attack – GA) worked well together to get the ball in to Lauren Booth (GS) for a well-needed goal. SFE got a strong start again from the Centre pass, making sure they kept up the pressure. Despite some great efforts by Jessica Hogg (our Wing Defence – WD) and Poppy Clarke (our Goal Defence – GD) SFE once again nipped in to score. However, as the seconds ticked down for the end of the first quarter, Gemma Storey (Goal Keeper – GK) made a super interception which was fed down court by Rachel M and Sophia W. This led to our second goal just before the whistle. The score was 4-2, time for a pep talk and a few substitutions. This done, we took to the court again for the 2nd quarter, with renewed vigour and a couple of pairs of fresh legs. It was as if a switch had been turned on. The girls were feistier and were making excellent use of space and pace to out-manoeuvre the SFE team. Once again, Rachel M and Sophia linked well together, ensuring that they got in front of the SFE players to win the ball. Passing the ball into the circle, Rachel C swished it through the net. Encouraged, the girls stepped it up again, bringing the play to the SFE girls. It was quite end-to-end play with many interceptions by both teams. However, ERGS had the edge in this quarter, slotting in a further two goals and…with Abi Brock (GD) and Poppy C working well in defence – keeping out any potential goals from the SFE shooters. By half time, ERGS were ahead by 5-4.

The decision was made not to change the team for the third quarter, as the girls were working well together and seemed to have the measure of a very good SFE Team. Rachel Cullinan, moving into the WD position made some good passes and receipts to ensure the ball flowed up the court into the waiting hands of either Poppy or Rachel on Scoring duty. Another tight quarter with two goals apiece. The score line now stood at 7-5 to ERGS.

With everything to play for in the final quarter, the team remained cool. The girls were tired, but so were SFE. Once again, there was good linking play, with several bounce passes being brought into the mix to counteract the height of some of the SFE players. This caught them unawares in some instances, and resulted in an eventual goal. This was a very strong half by both teams with little to separate the two schools. However, with Poppy and Abi keeping tight with their marking, the SFE girls were mostly kept out of the circle until they found a hole and snuck through for a score. With just two points between them, I couldn’t wait for the whistle to blow the end of the match. Eventually, after a long wait (in my mind) and another goal apiece, it was over!

A super performance from both teams. Well done to the victors for keeping their cool and coming back from behind. 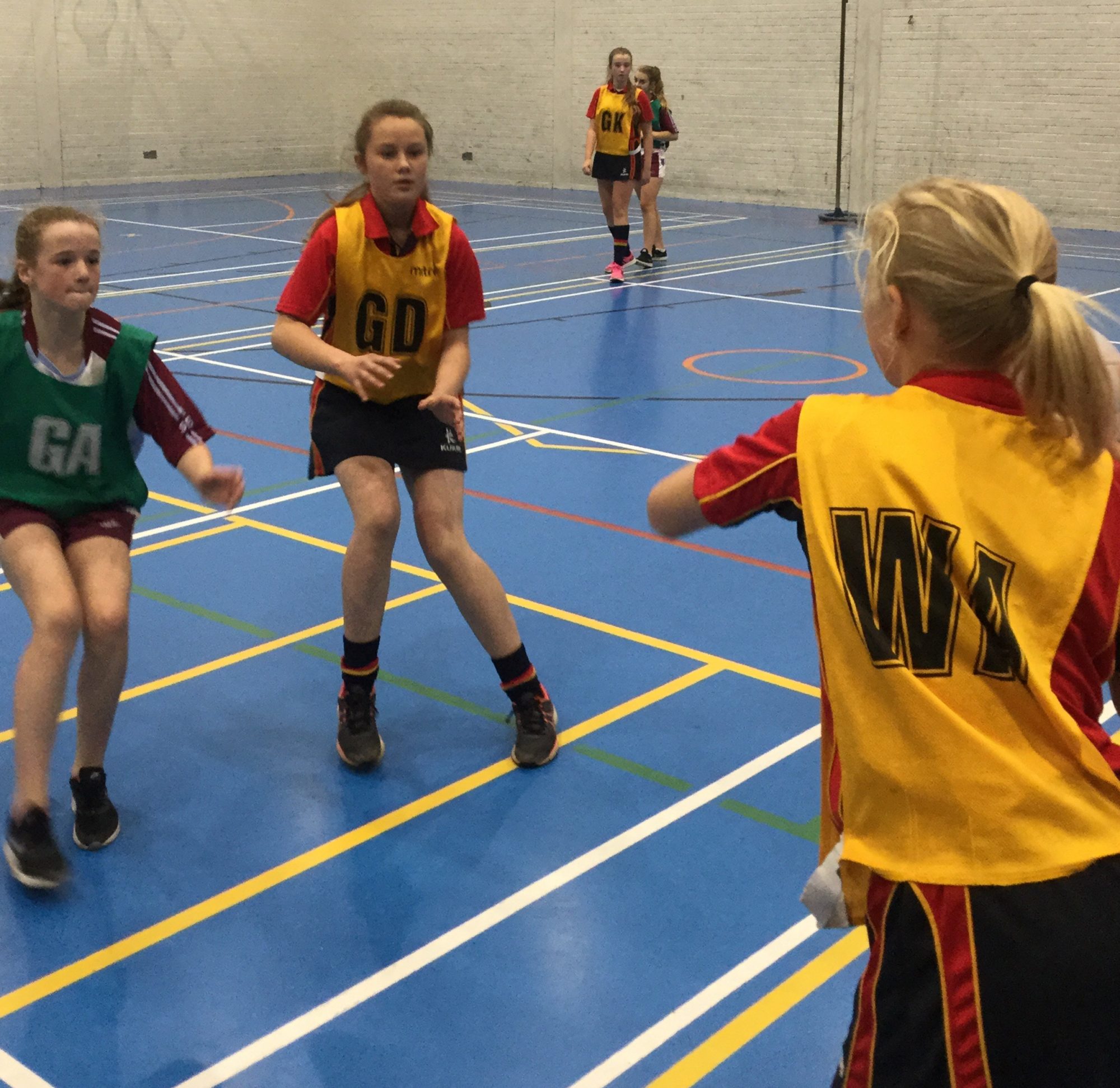 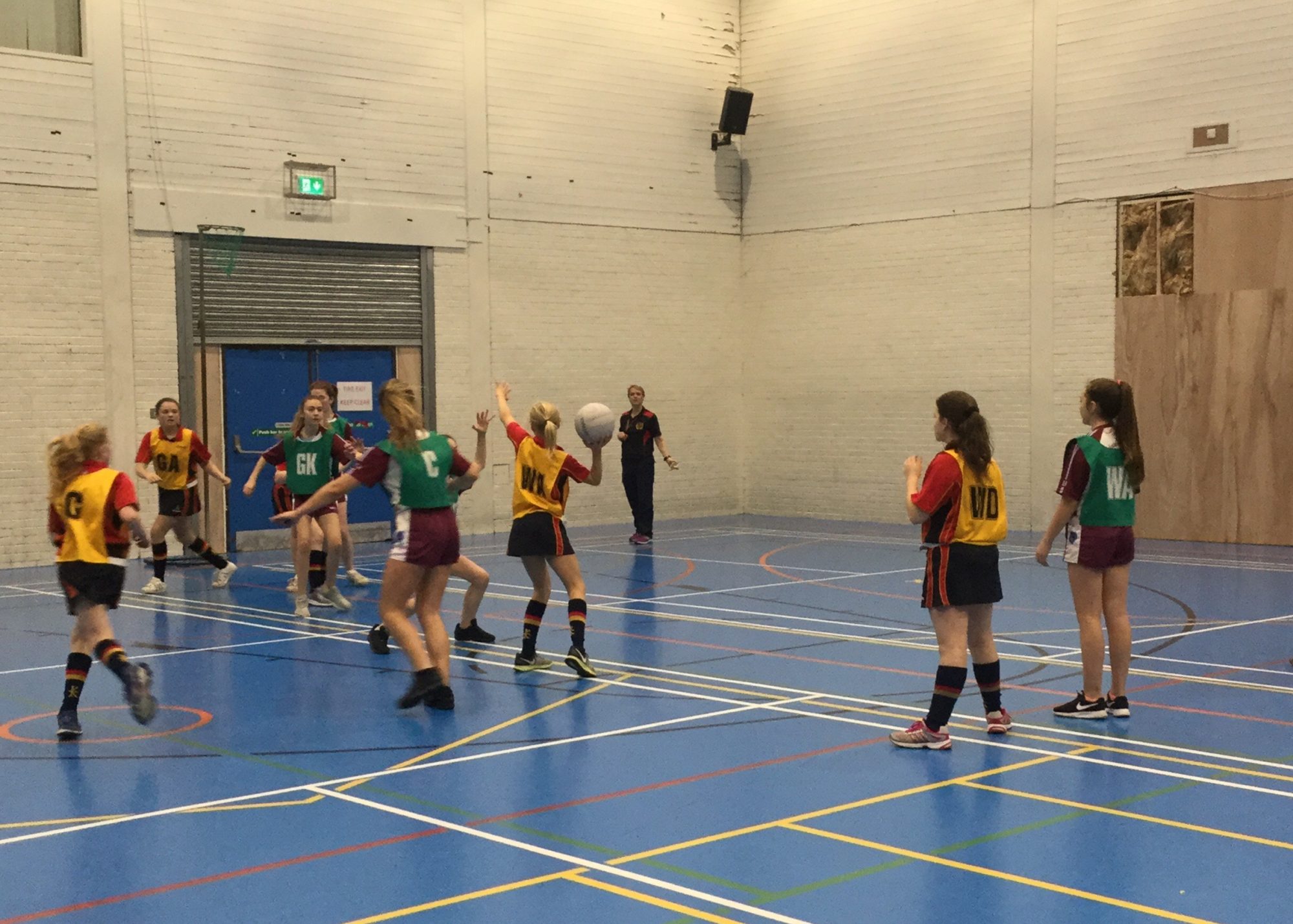