On Saturday 30th November, Enniskillen Royal were once again in the Meadows arena for the final leg of this years’ Inter Schools Tri-League competition.

This week, to further complicate life, we were still injury-riddled regarding horses, minus 2 team members who had prior engagements, a third with the flu and a fourth who rode but was still recovering from the flu.

First into the arena were Lucie-Anne and Louie. The pair had an excellent start with a very steady round. All clear in both phases. Were Rianna and Marble. Once again, the pair were speedy and were jumping well. However, a slight clip to a pole in the 1st phase resulted in 4 faults. Our 3rd team members, Tiana-Grace and Valley Clover Dream entered the arena.  Heeding her fathers’ words, she took it nice and steadily the whole way around, emulating her sister in a double clear. Finally, we had Hannah on Louie (again – he did have a rest in between his jumping).  The pair were doing well for not having jumped together in 4 months and Hannah herself not having jumped for 2 months (due to an injury to her horse, Rocket). Unfortunately, they clipped a pole shortly followed by another.  This meant a score of 8 faults.

This left the team on an overall score of 4 faults.  Not a bad ending to the competition.  Well done to them all.

Sophia Williams on Coill Dearmad William (she was riding her brother’s horse as he was otherwise engaged playing Rugby for the school), Natalie Somerville on Swatchy and Sophia on Clonlee Red River (her own horse).  Unfortunately, Sasha called in sick the previous evening – the dreaded lurgy!

First into the arena was Sophia on William.  He was being a bit naughty and not responding to Sophia as well as he would to Patrick. A clip on two poles resulted in 8 faults. Natalie was next in on Swatchy again. The first fence causing her the same problem as it did several riders – pole down. Despite riding steadily, it wasn’t their day; with a further two poles down and a score of 12 faults. Finally, Sophia returned on Clonlee Red River.  This time it was a different round.  The pair made it round in a double clear – Sophia stated that it was a bit messy (personally, I didn’t see it that way), but – no poles were knocked, result!

And there it was – all over for another year! If you looked at how we did last year and compared it to this year, some people may be inclined to say that we didn’t perform as well.  I don’t see that at all.  We had a few injuries this year to horses which meant we had to double-up in some instances.  We had quite a young team in our Novice also with some unused to this level of competition.

In my opinion – we have got a great set of riders who will only improve as they continue in this competition. Their dedication to this sport is exemplary and I am very proud of all their achievements however big or small.

Thank-you everyone for the commitment you have given throughout the 12 weeks of competition – both pupils and parents and let’s not forget trainers and horses/ponies.

Next event is St Patricks day (if we wish) as a Balmoral Qualifier and then Drumragh Show (a 2nd Balmoral qualifier). 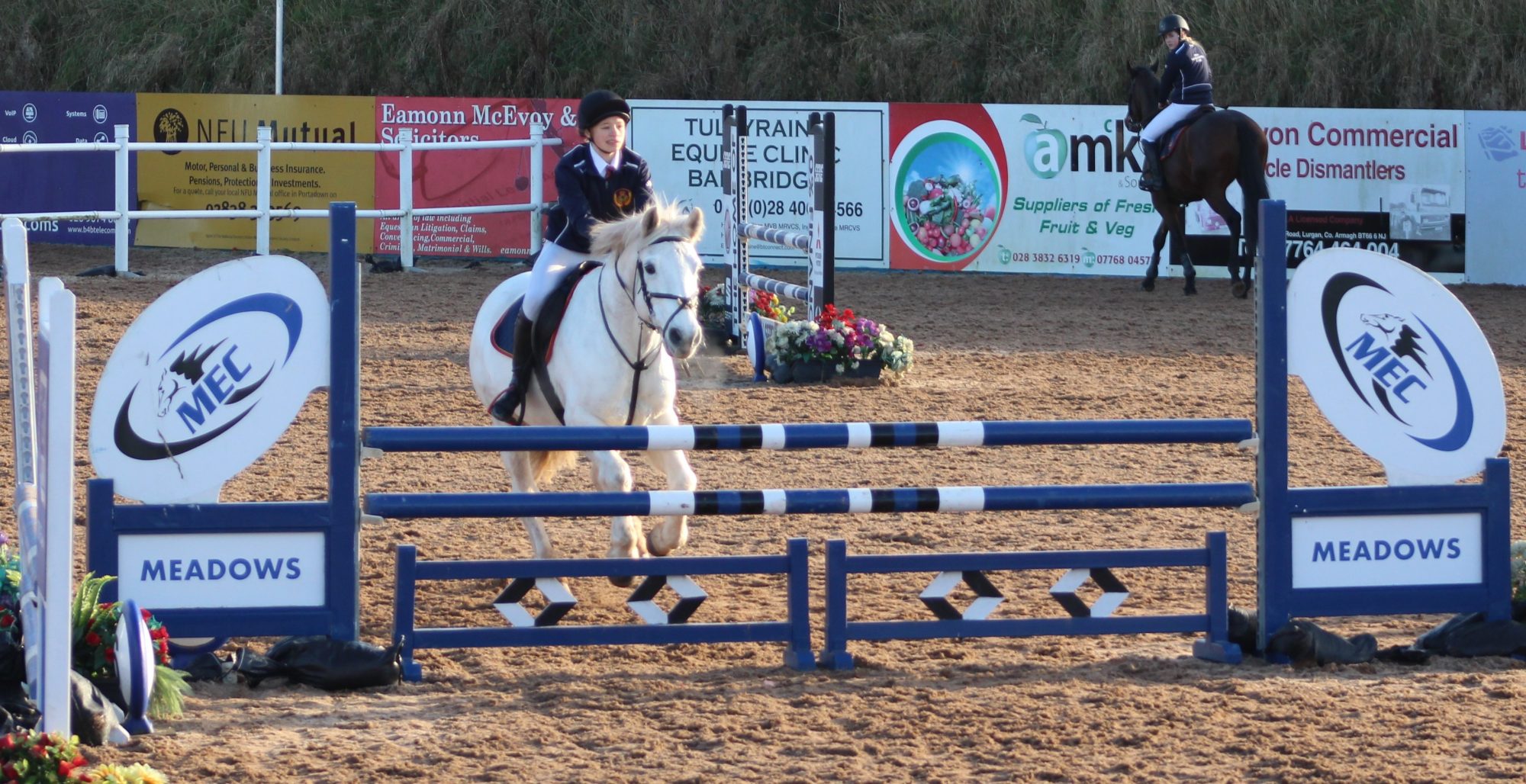 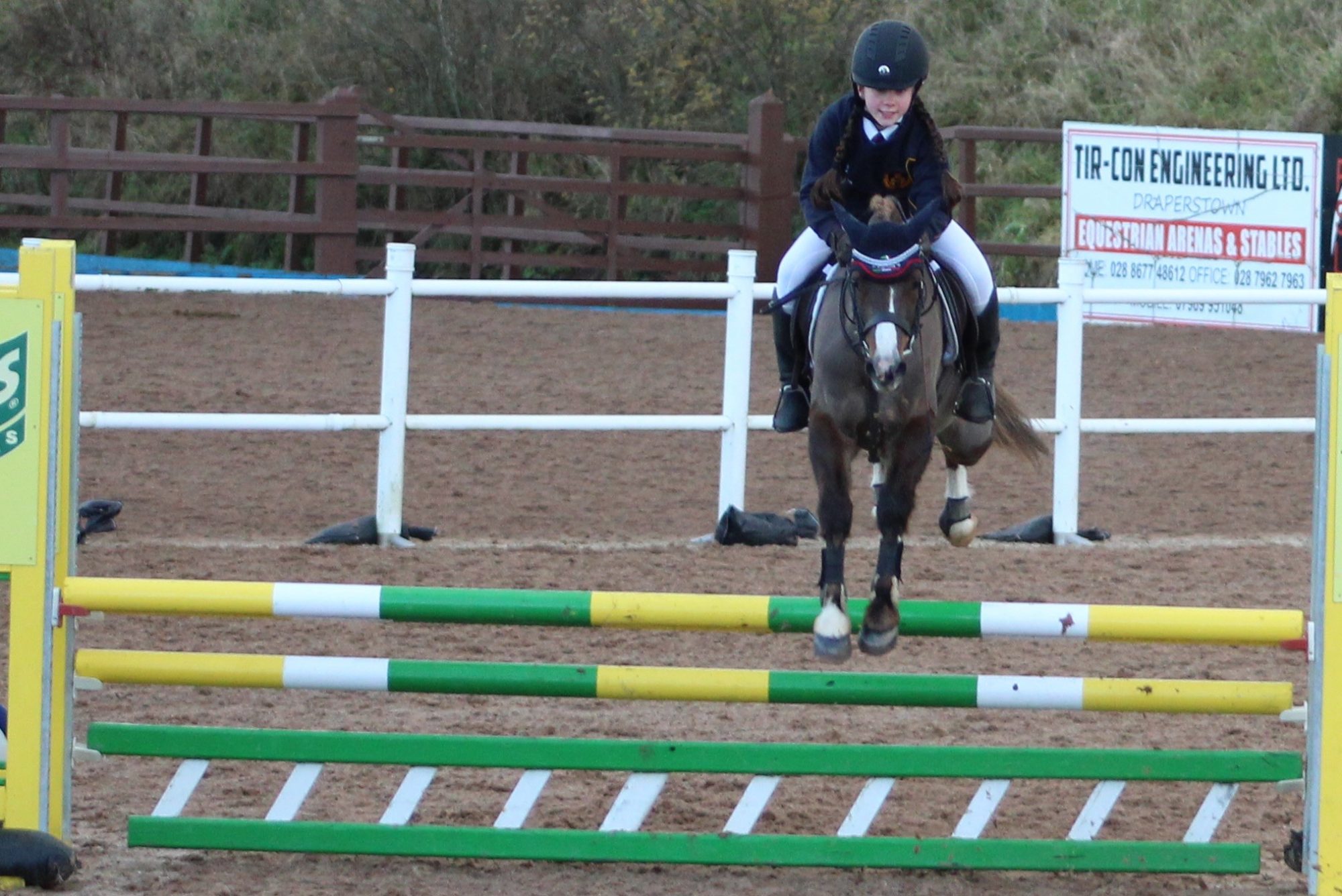 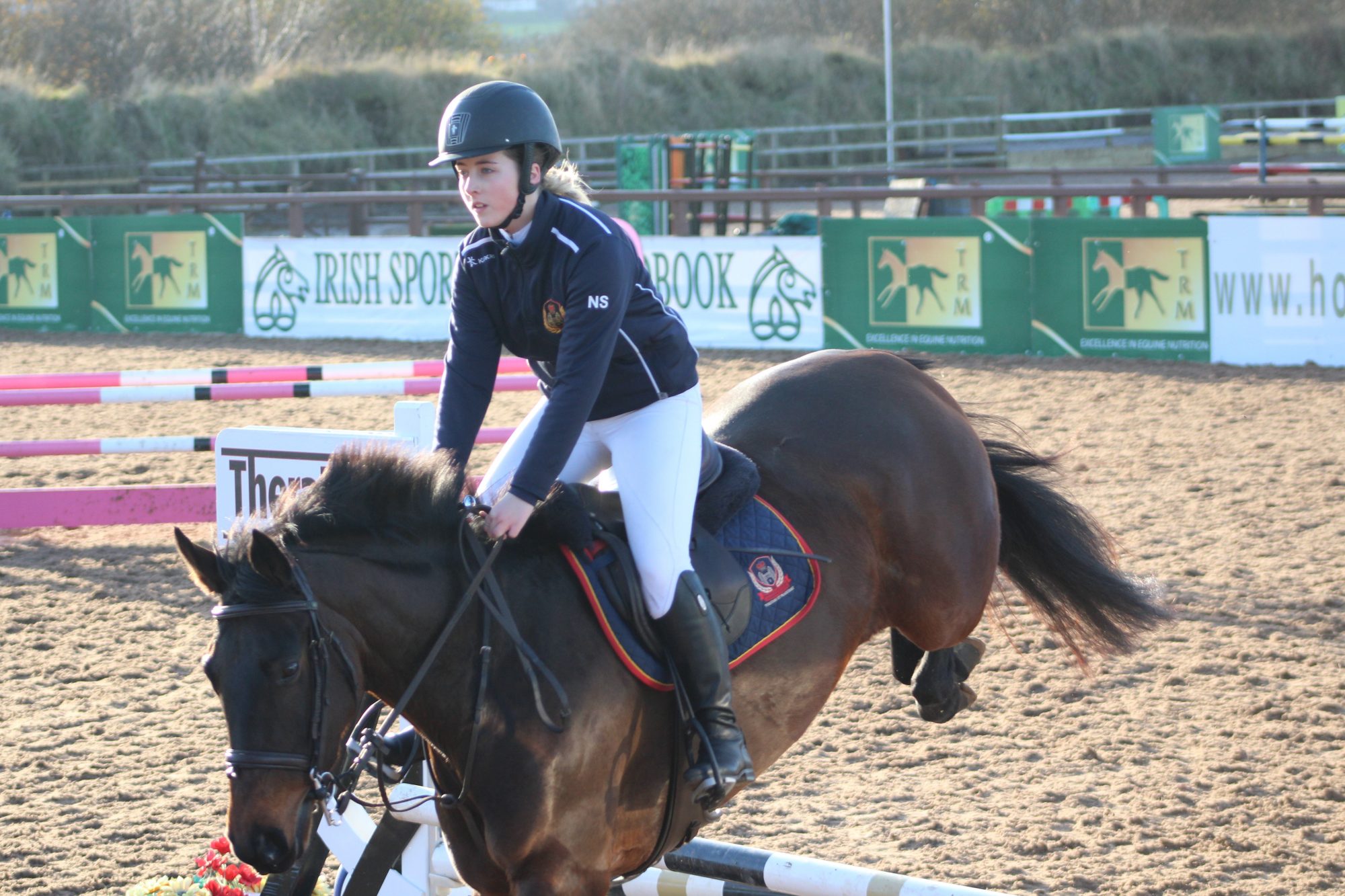 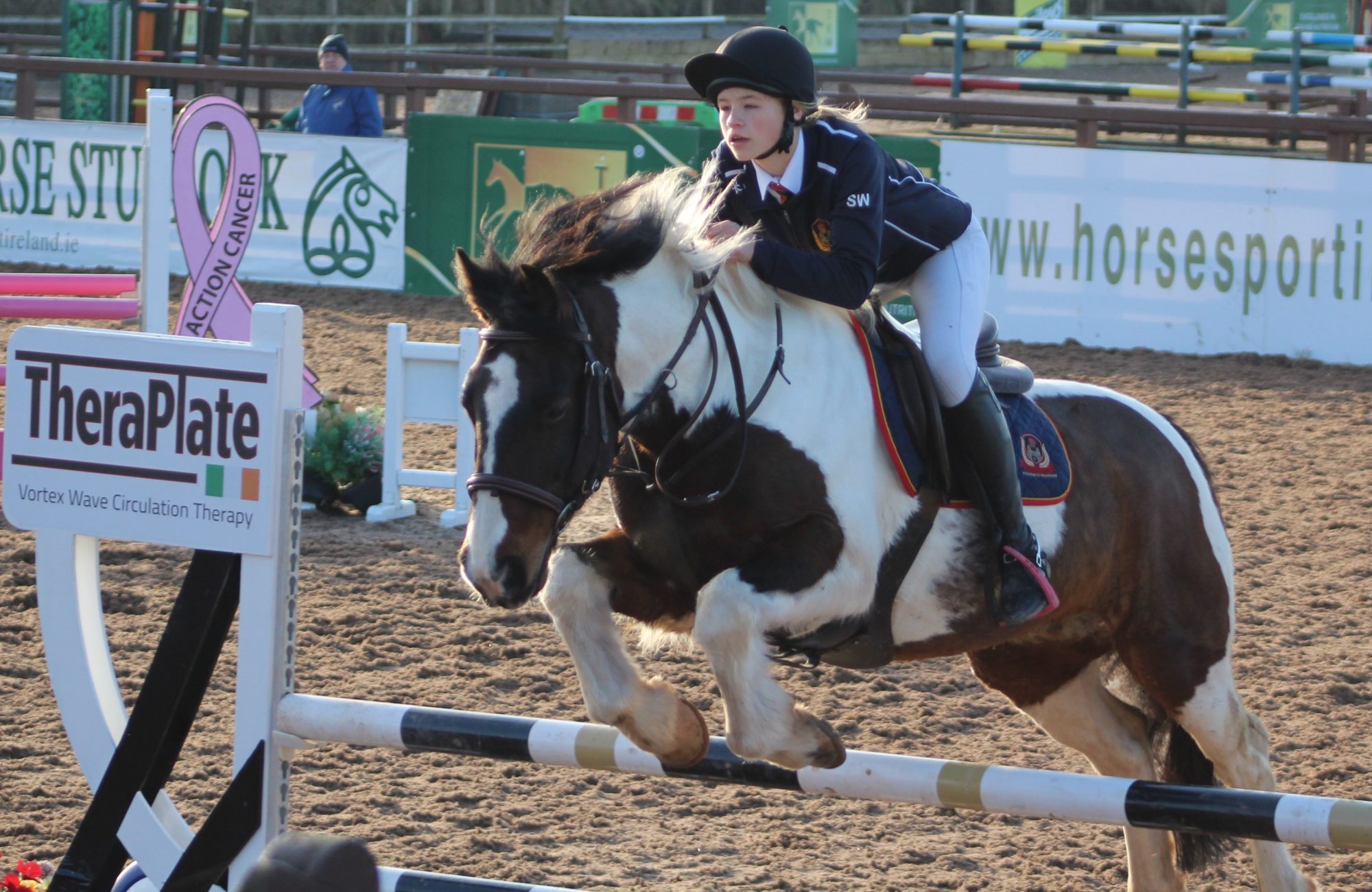 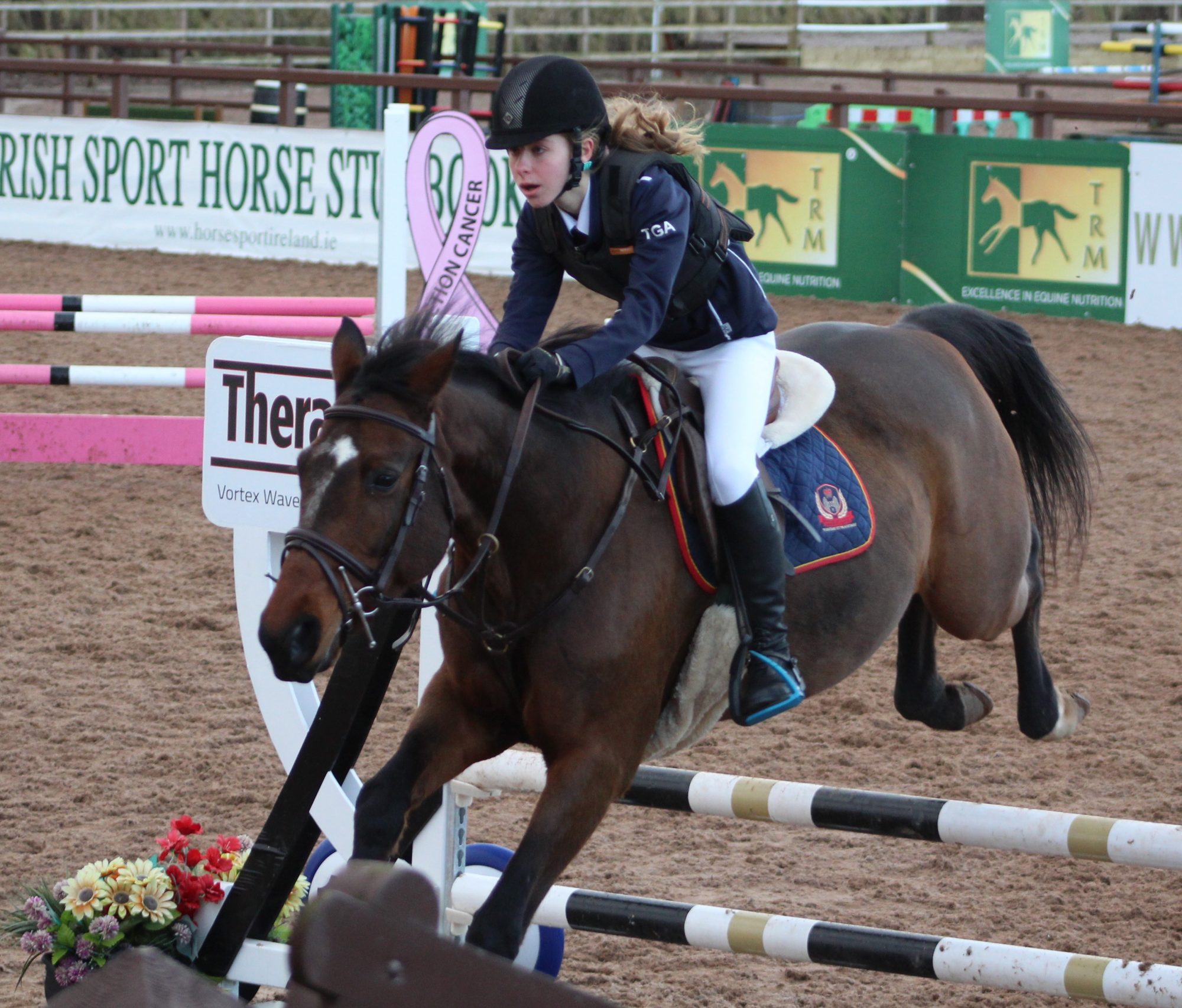 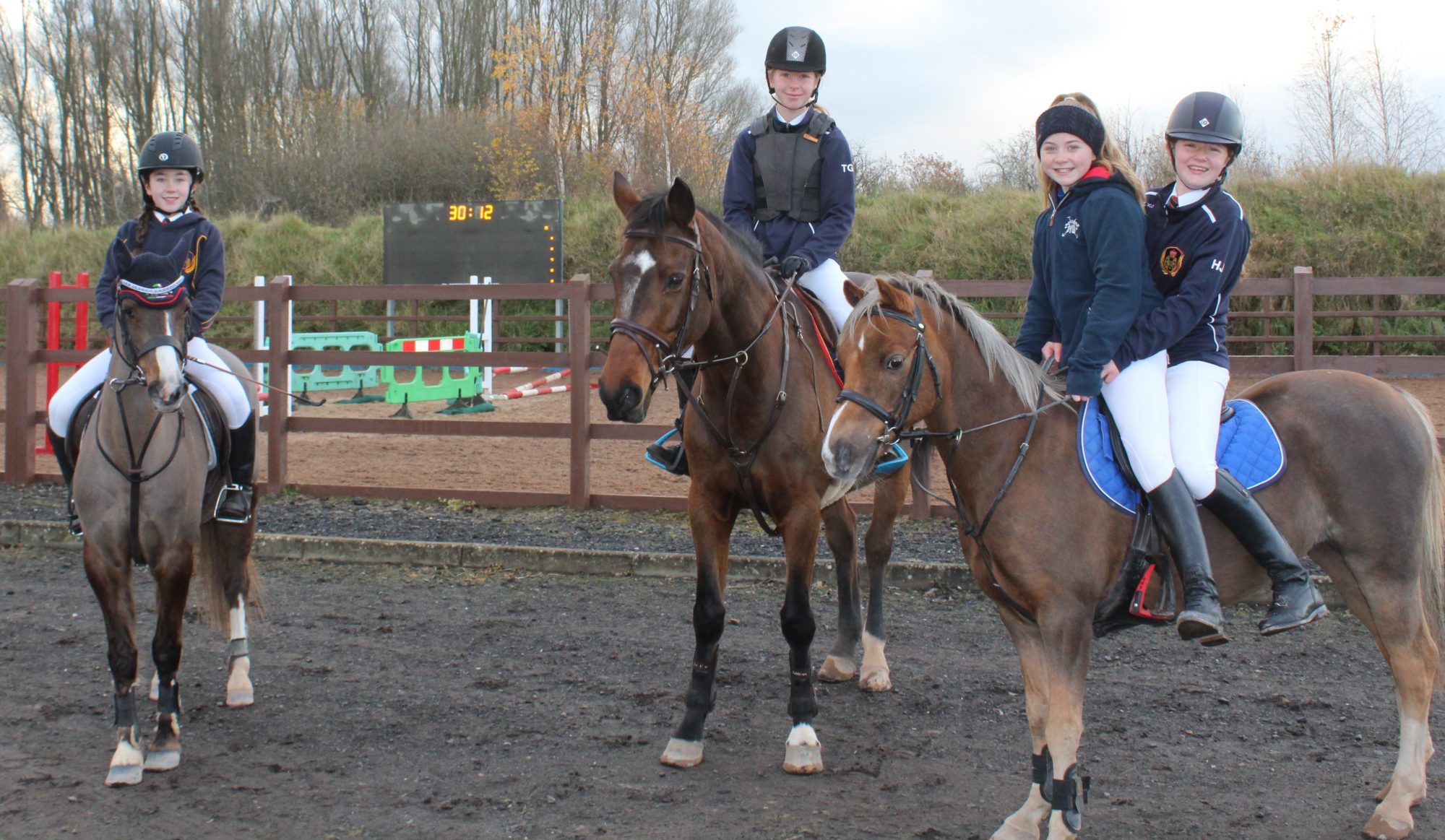