To mark the one year anniversary of Amanda’s death on the 12th May 2021, on Saturday 7th May 2022, a 70 strong group of ERGS staff together with members of Amanda’s family and friends and a group of senior Duke of Edinburgh Award pupils embarked on the ‘Four Peaks Challenge’ . The Duke of Edinburgh Award Scheme was very close to Amanda’s heart and we believe that this challenge, which involved climbing to the top of the four Peaks which give their name to our four School Houses: Cuilcagh, Trien, Benaughlin and Belmore, is a fitting tribute to honour Amanda’s memory.

The route was approximately 25 km long and involved climbing between nine hundred and one thousand metres (broken into four stages). For many, this was a real challenge, a challenge which moved us out of our comfort zone, but one that we were determined to complete to honour our colleague and friend. The weather was very much on our side and with an 8am start at the foot of Cuilcagh, the brave group of walkers, led by event organisers Sinead Johnston and Robin Ferguson, navigated their way across the hills of Fermanagh in their PINK vests visible from afar. It was 8pm that evening as the group made their final descent of Belmore to a well-deserved gathering and BBQ held at Boho Community Hall, where several other members of the school community, family and friends of Amanda congregated to celebrate a truly AMAZING day.

In taking on this challenge, we hope to raise as much as we can for the charities nominated by Amanda’s family; her Parish Church of Aghavea and The Oak Healthy Living Centre, both of which were very important to Amanda.

The link for the page is:

So far we have raised over £10,000  and every donation, however small will be most gratefully received on behalf of Amanda’s family’s chosen charities.

Thank you for taking the time to read this and for your donations.  Every little counts and is greatly appreciated. 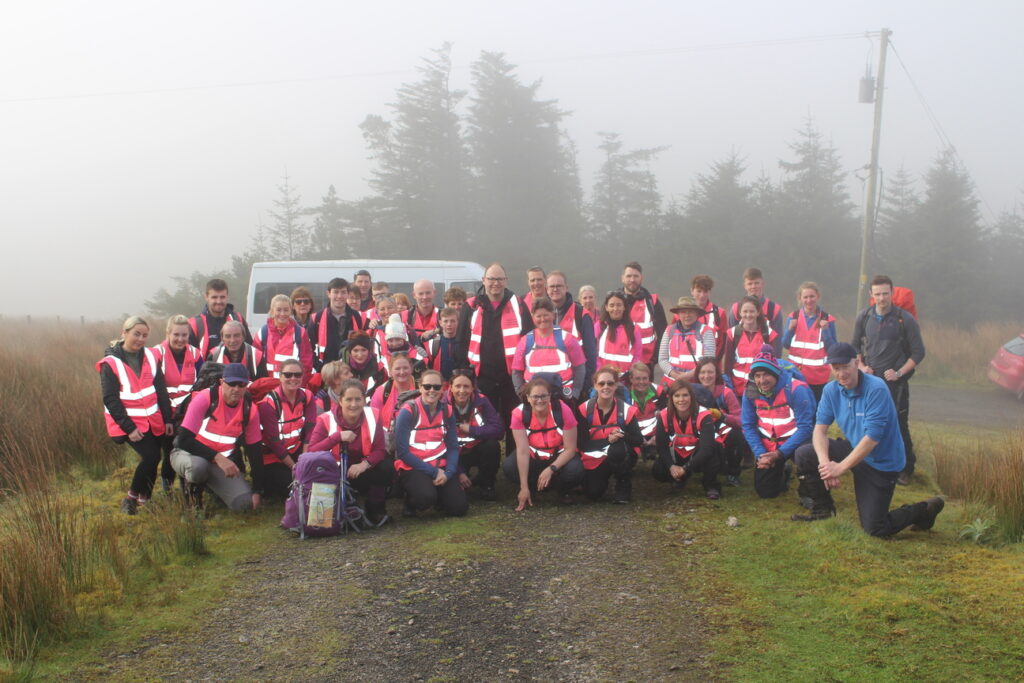 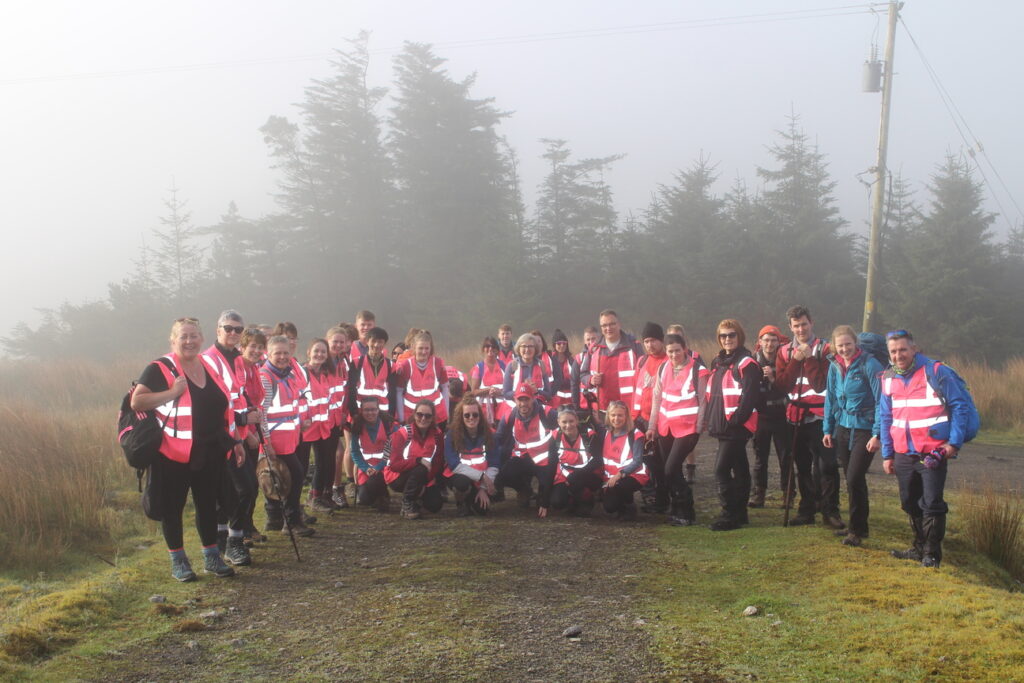 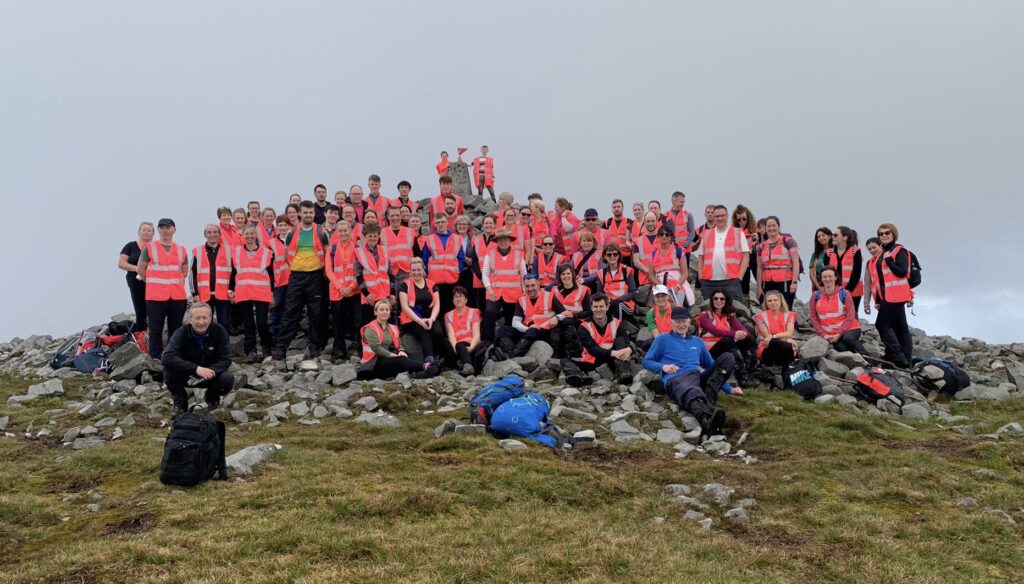 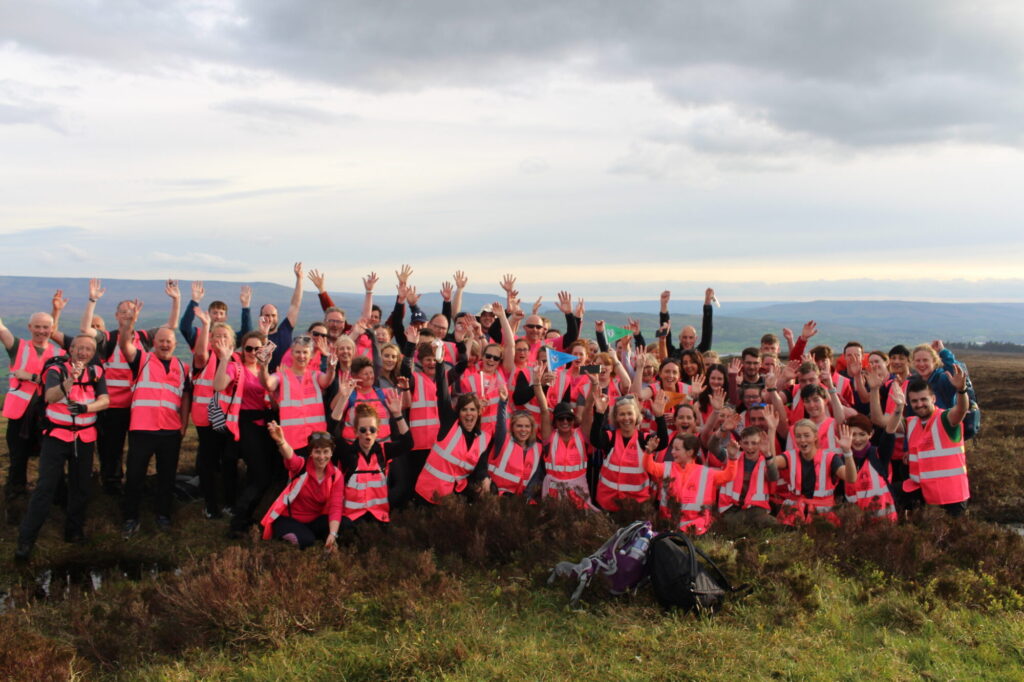 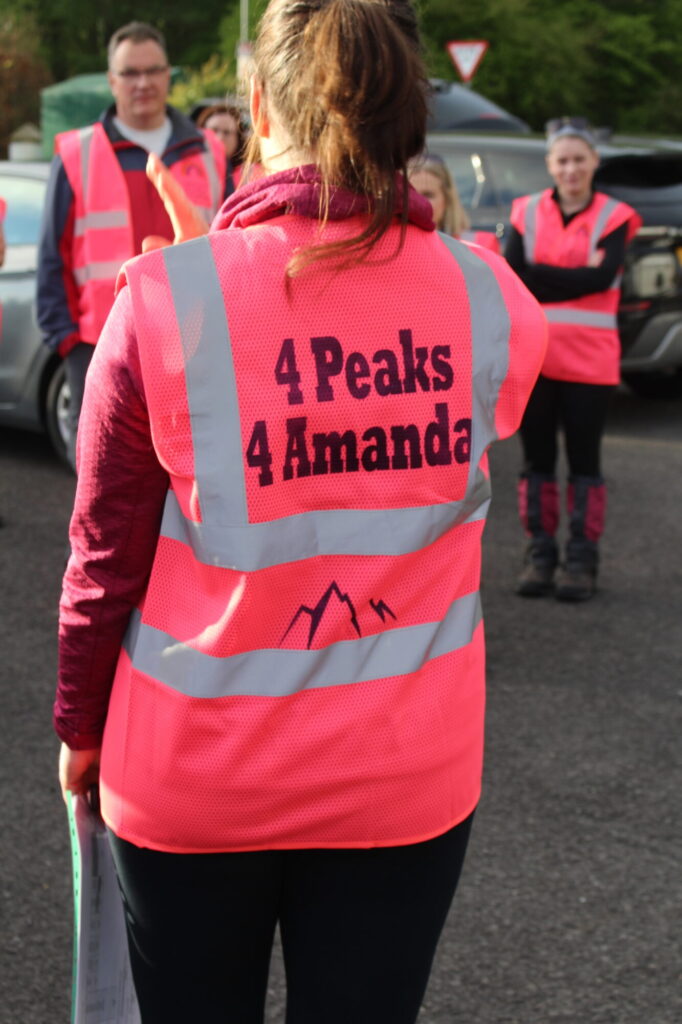