As the junior section of the club returned from a successful Neptune Regatta in Dublin, the senior members of Enniskillen Royal Boat Club travelled to Skibbereen Regatta at the National Rowing Centre in Cork. While the regatta offered a last chance to represent Ireland in the summer it also presented an opportunity to test the waters for the season ahead.

Unlike other regattas, as part of Rowing Ireland’s Grand League Series, all boat class’s race each other regardless of age and grade with crews being ranked and placed into finals reflective of their speed following a heat.

Racing in the first event of the weekend for the club, were four Enniskillen Royal Men’s Pairs. Following the heats the pairs of Ross Corrigan/Aaron Johnston and Nathan Timoney/Odhran Donaghy were placed to Final A and Final B respectively. Corrigan and Johnston continued their form to win the Men’s Junior Pair convincingly and finish 3rd overall while Timoney and Donaghy finished as the 6th fastest Junior Pair to keep their hopes of representing Ireland this summer alive.

A few hours later and Nathan Timoney, Aaron Johnston and Ross Corrigan teamed up with Conor McLaughlin and cox Rory Farragher to produce one of the most dominant performances of the weekend. Racing in the Men’s Coxed Four, the crew obliterated their nearest junior rivals in the heat by over 20 seconds before winning Final A with two seconds to spare over the nearest senior crew.

For the girl’s crew of Mia-Jayne Elliott, Zoe McCutcheon, Caitlynn Fee and Miriam Kelly their first race presented an adventure into the unknown trading one oar for two as they raced in the Women’s Quad. Having not been in this boat since the winter the girls finished a promising 2nd in Women’s Junior Quad and only two seconds behind the winners – a time easily turned around with some time in the boat.

Day two was to prove as successful as day one as the girls returned to rowing with one oar. Not to be out done by their male counterparts, the girls equally obliterated their junior rivals by over 30 seconds in the heats to qualify as the only junior crew in Final A and automatically win the Women’s Junior four. In the final they bested a junior composited crew, their rivals for Irish selection by three seconds to keep their hopes alive for the summer. 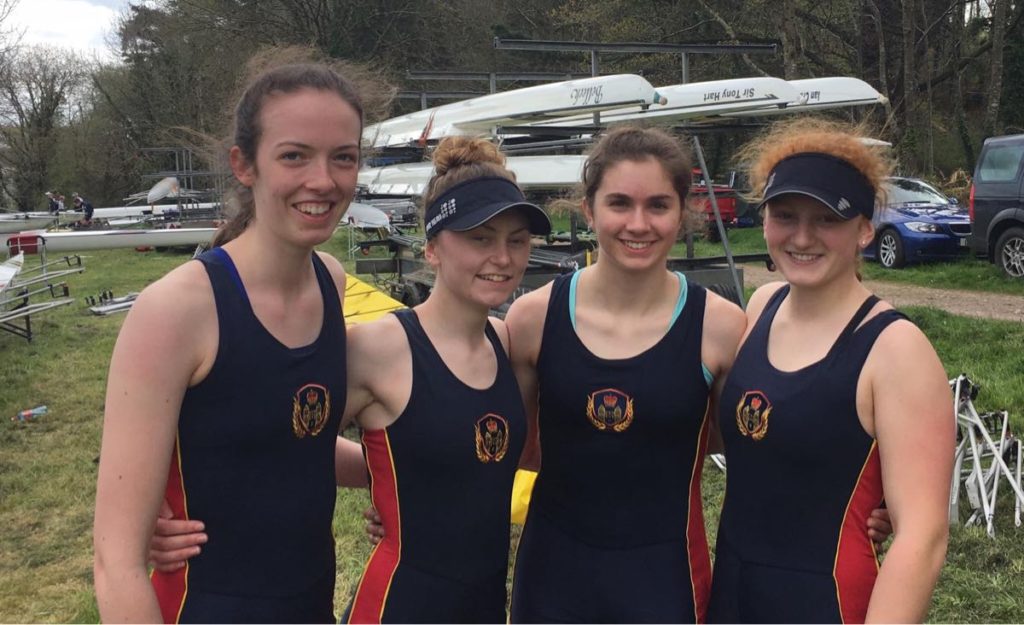 The final event of the weekend saw the boy’s returned to the blue riband event and their beloved Men’s Eight. Returning as Irish Champions for the third consecutive year the boy’s showed no sign of relinquishing the title anytime soon. They beat their nearest junior rivals Commercial from Dublin by five seconds in the heat to qualify as the only junior crew in Final A before finishing 5th overall. The boy’s will return to Enniskillen wanting more the next time they meet, perhaps a sign of the ambition and the bright future this crew has.