Chilly and windy start to the day with both Novice Team and Individual riders all starting early, meaning that I was running between arenas to ensure I got all the riders photographed!!! Good workout!

The Novice team once again featured Lucie-Anne Abbott, Tiana-Grace Abbott, Tori Lilly, and Annabelle McKenzie. The team were lying 13 out of 25 schools after 3 weeks of competition. A promising position considering the mixture of Year 8, 10 and 13 riders!

We started the morning in Arena 2 with Ruby Moore riding Izzy. This pairing had only ridden once before for the school and hadn’t been able to complete the course. Totally different round this week. A good round with 1 refusal in the first phase and a clear timed phase. Very well done Ruby.

Next, we skipped across to Arena 1 to catch the Novice team.Lucie-Anne and Bobby went in first (as usual). The course was nicely laid out and the duo were in their element as they zoomed around the course in a very speedy time of 25.34 seconds. A super tight turn between jumps had our hearts in our mouths at one point!!! They made it though, resulting in the fast time and the 1st double clear. Tiana-Grace was hot on her heels on Echo. In keeping with her sister, Tiana-Grace kept tight control of a very strong Echo, manoeuvring themselves around the course with apparent ease. She also performed the same tight turn ensuring that she also posted a speedy time – 27.35 as well as a double clear. Tori andWilliam were next into the arena. She was definitely finding that William was a strong horse (and used to his previous owner being a boy), however, in the short time they have been together, she is showing that they are a strong pairing. Deciding to err on the side of caution (and hopefully ensure a double clear), Tori took a wider approach to the fence that the Abbott sisters had shaved off time. This proved to be a wise decision and a 3rd double clear was posted. 4th to ride wereAnnabelle and Abbey – the duo practically galloped into the arena, itching to get jumping. They had a strong round despite having a minor hiccup on the first fence resulting in 4 faults.Despite their speed and accuracy with the remaining fences, they were cautious also and decided not to take the tight turn, as there was no need to put each other under that pressure.

This result has given the Novice team a 3rd week of double clears. It will be interesting to see their position in the competition after the 4th week, with this added in.

Back across to Arena 2 to catch the final 2 riders for the day. Erin Wallace made a welcome return (on her birthday 😊) on her new horse Bess. This was a trial today to see how Bess would fair in an outdoor arena, having never jumped in one before. Understandably, Erin was nervous for her new horse. After jumping the first fence, Bess just wasn’t happy and so decided she really didn’t want to do any more. She stopped suddenly and Erin was unable to remain seated. So – with a dismount, they had to retire. Undeterred, they will be back the next time to try again. That is fantastic 😊.

Finally – we welcomed a new jumper, Sarah Fleming – delayed entry to the ERGS team due to a nasty broken finger. Now all healed up, and able to hold reins again, she and her horse Sahara showed us their stuff. The pair had a great round with just the one fault. A very promising start for these two.

Well done to all and thanks as usual to their supportive parents.

Next event is a local one on Sunday 14th November in Fintona – hosted by Drumragh Integrated college. This will then be followed on the 20th November with the 5th week of the Tri-League.

Tess was in the Arena again in the 85cm hoping to get round the course fully. However, Elvis had a different idea! He was none too keen on a jump that had a camel on it, so decided he didn’t want to go any further. Again, disappointment for Tess, but – we all have our off days and I have no doubt we’ll see both she and Ruby back again at the next event.

Finally, also in the 85cm, was Rebecca-Jane Woods on her new pony, Ballygarris Bui (just picked up on Wednesday of this week). A brave thing to do, coming to compete after only having jumped the pony in a warm-up arena. The pair were doing quite well (to my untrained eye, clearing the fences with ease), however, Rebecca-Jane didn’t feel that she had full control of the young pony, so made the decision to pull up before she injured either herself or the pony. The correct decision. I know they’ll be back in 3 weeks’ after having spent time together getting to know each other.

Once again, my thanks to all the parents for their dedication. 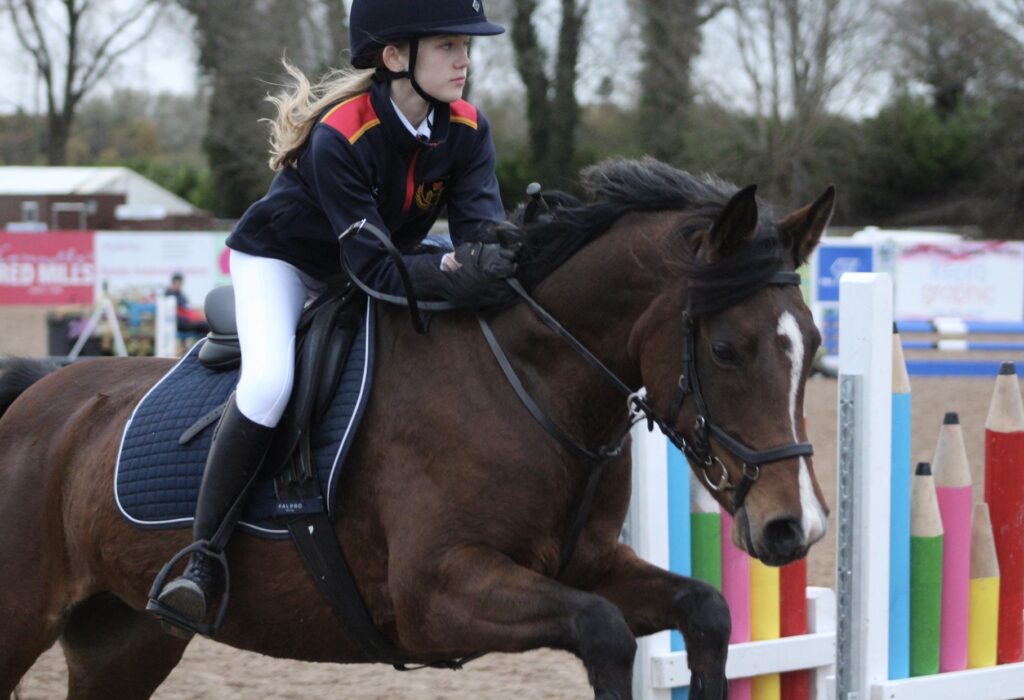 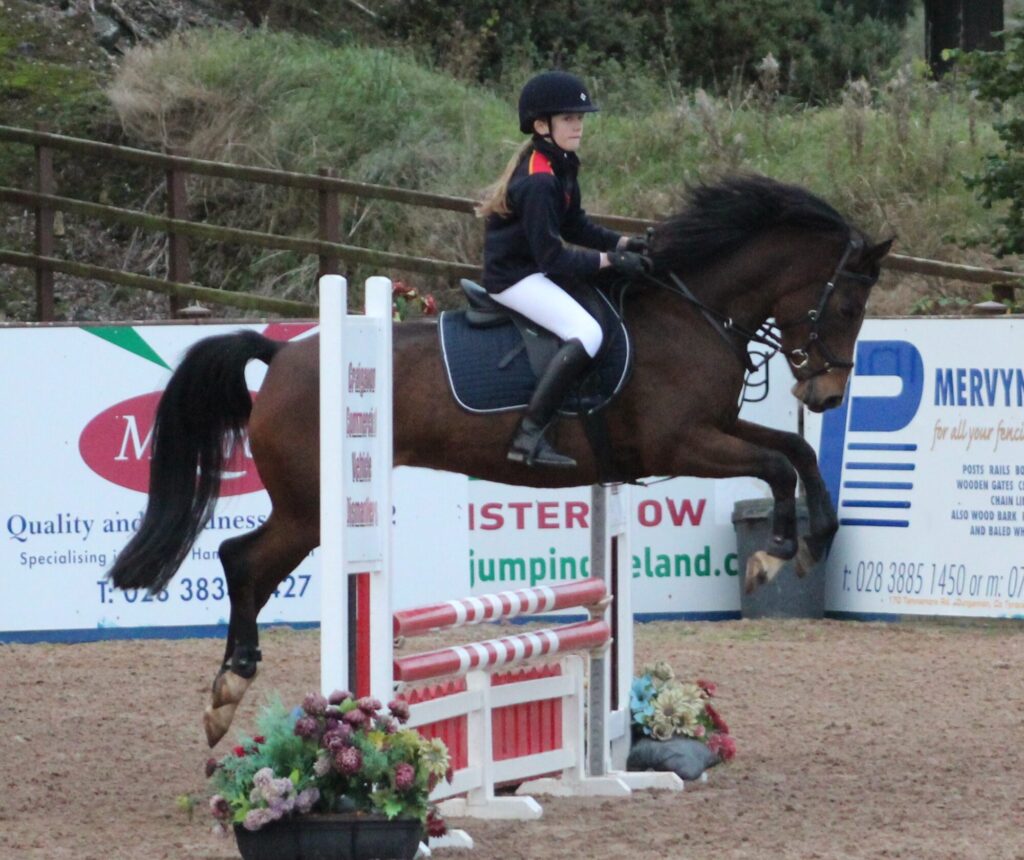 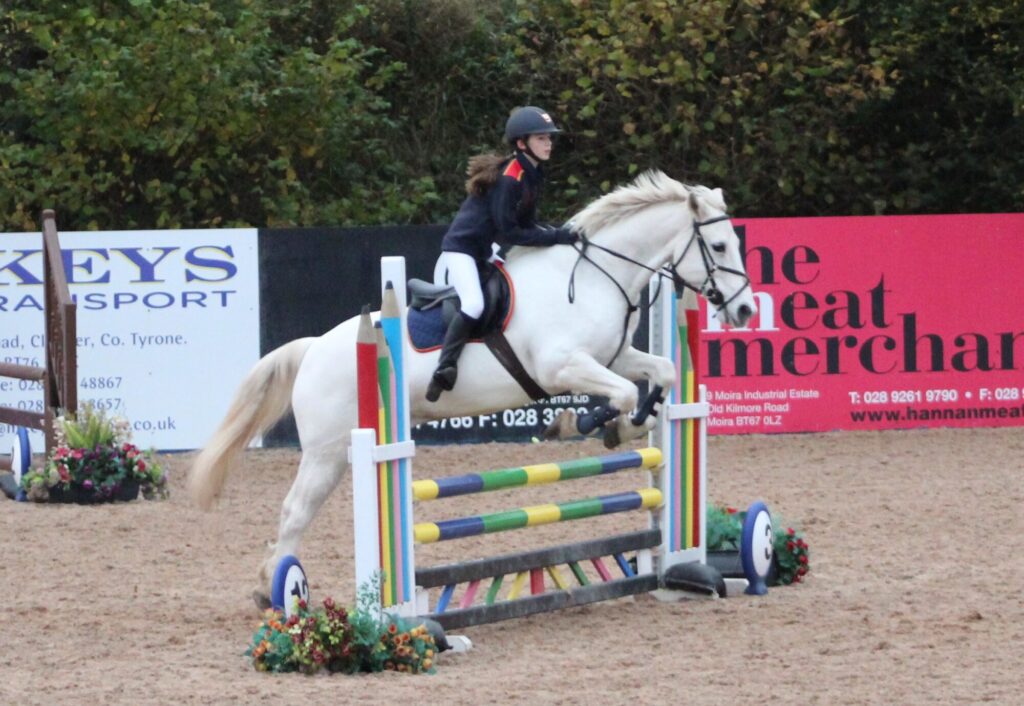 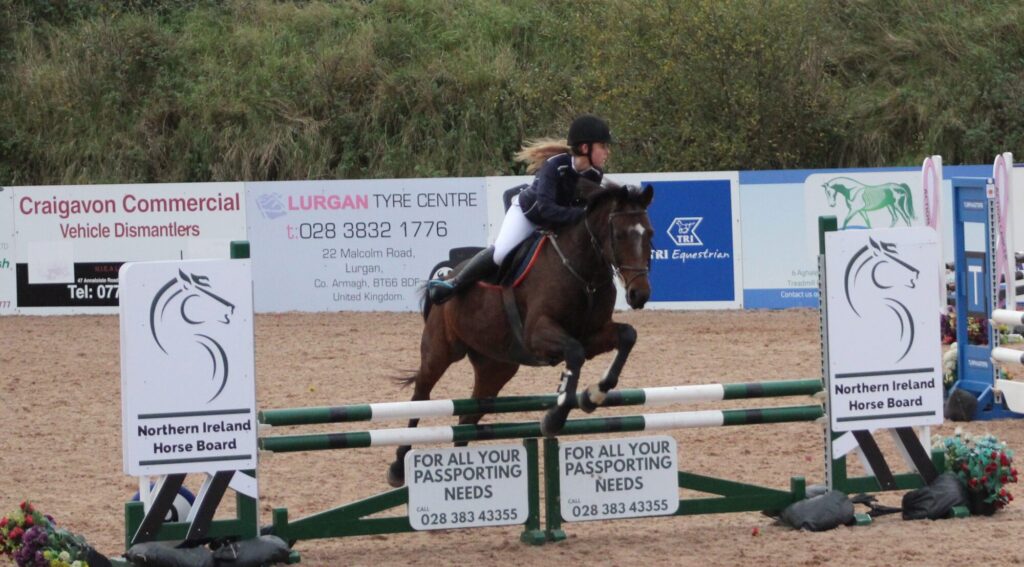 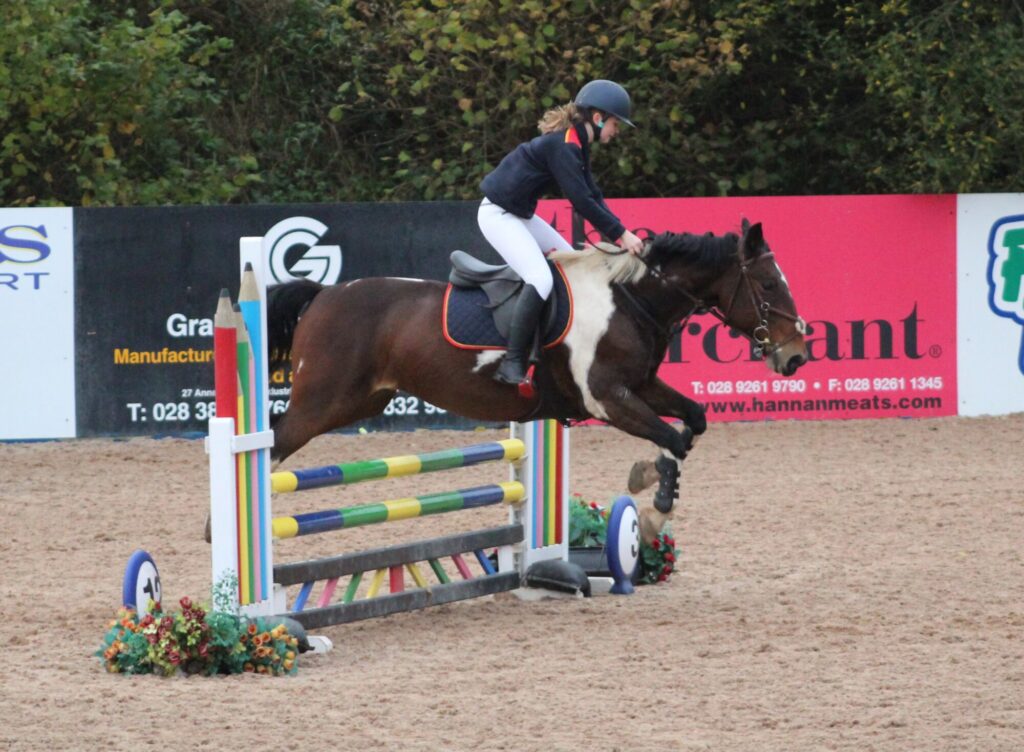