By Enniskillen Royal | Latest News | Comments are Closed | 13 August, 2021 | 0
The 2 crews from ERBC both faced very difficult draws at Henley Royal Regatta and despite rowing really well neither of them crossed the finish line first.
On Wednesday the girls eight of Nikki Kernaghan, Laura Turner, Chloe Thompson, Jenny Little, Katie Donnelly, Zoe Elliott, Aine McCaffrey, Martha McBrien and cox Grace Ralph made history racing against Shrewsbury School in the very first Junior Women’s Eight event at Henley. The girls were disappointed not to win but they gained plenty of experience which they will bring to the Irish Championships in Cork next weekend.
The boys drew Exeter RC in the 2nd round of the Fawley Challenge Cup after receive a bye for the first day. Exeter had a very convincing win over Northwick RC on Wednesday so it was always going to be a difficult race for the crew of Tim Murphy, Charlie Smith, Lewis Nixon and Tom Blake. The boys had a great race but it wasn’t to be on the day. They are all young enough to compete in this event next year and will come back stronger after the experience they gained at Henley this week. 7 crews from the Boat Club will compete at the Irish Championships at Farran Wood next week with the boys’ eight hoping to retain the Championship title from 2019.
Many thanks to Derek Holland, Barney Rix, Clare Wilson and Richard Smith who gave up their time to travel to Henley with the rowers 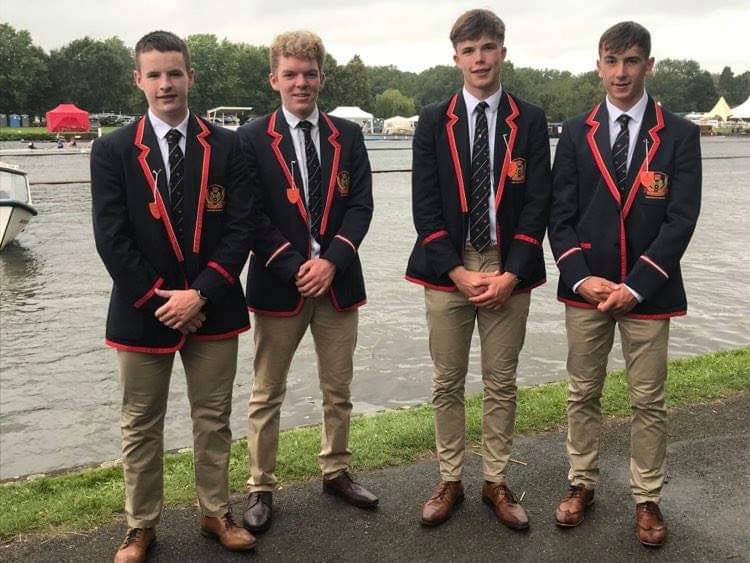 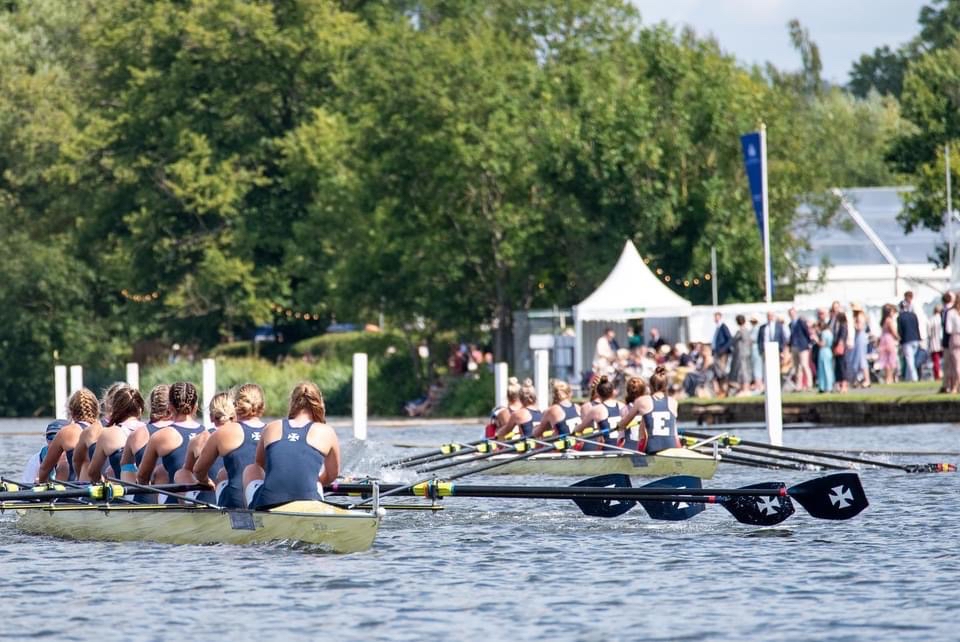 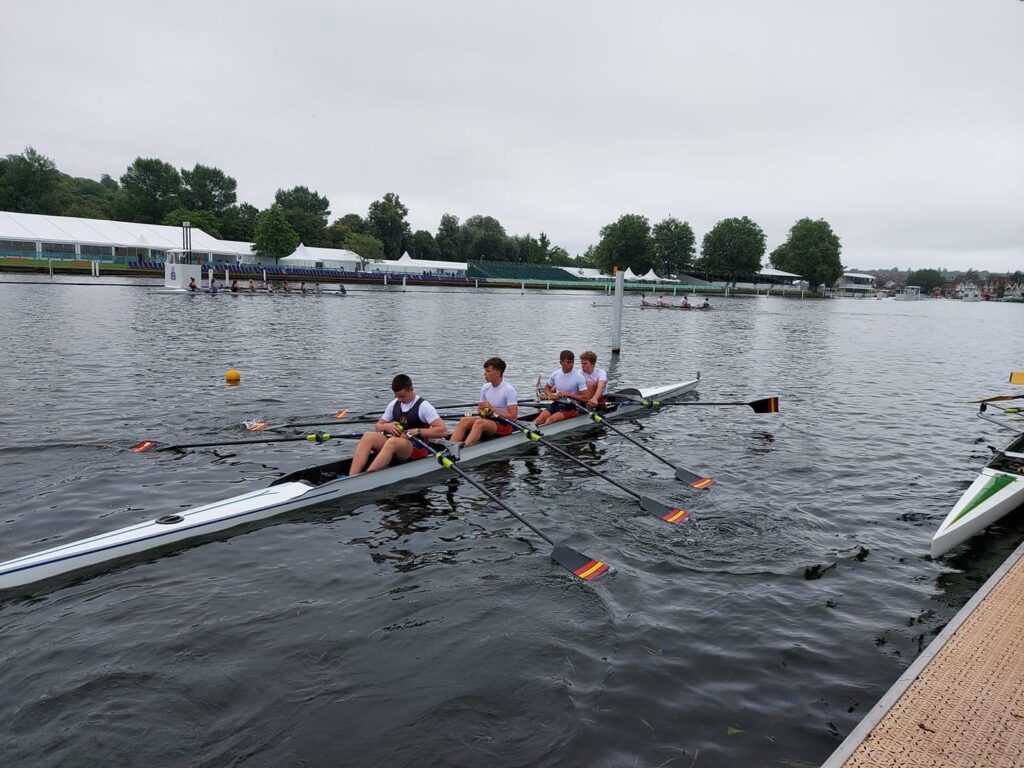 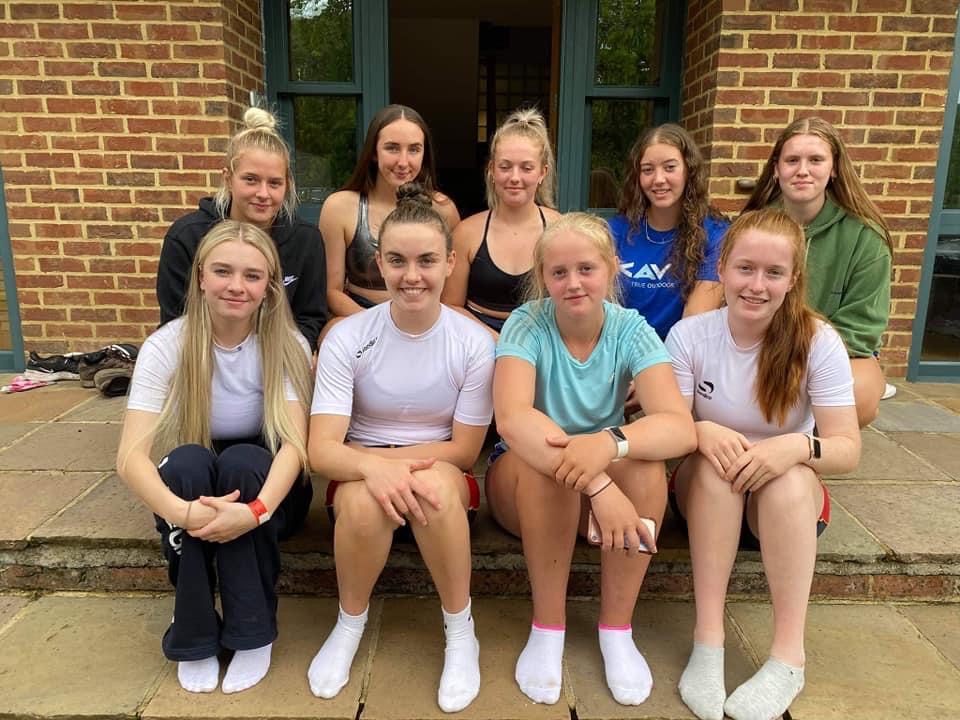 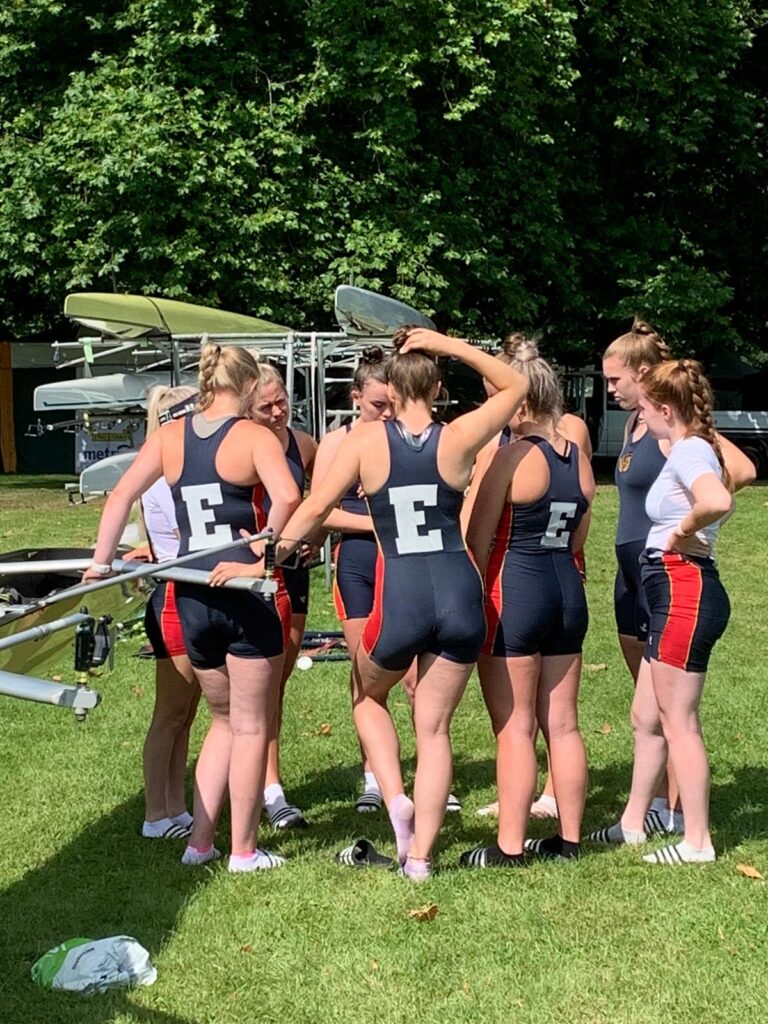 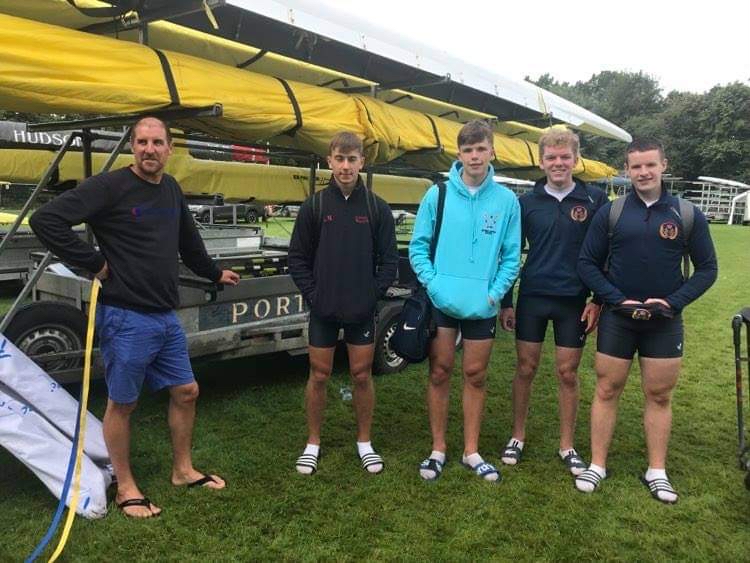 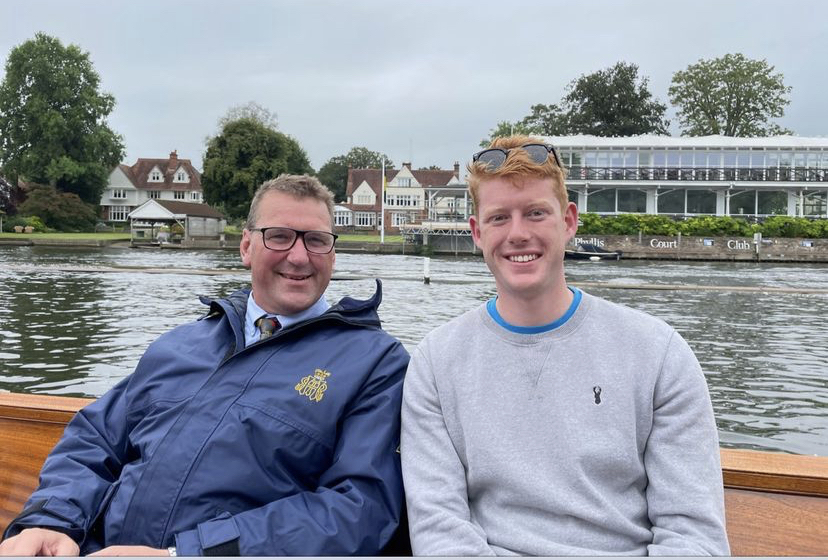 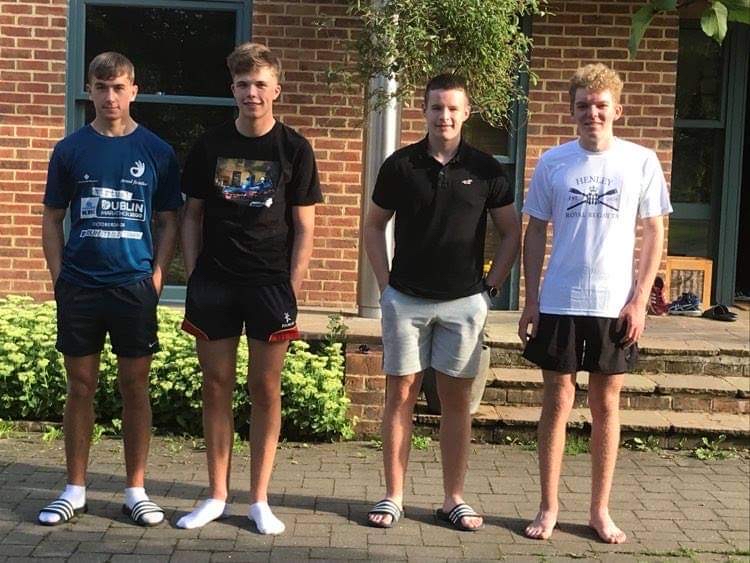