On Thursday 28th March our Year 9 Netball team headed to Fivemiletown for their annual Blitz. There were 5 schools in attendance this year – St Fanchea’s College, Erne Integrated College, St Kevin’s College, Devenish College and us.

Each school played each other in a Round Robin tournament with games lasting 12 minutes. The victor emerged as the team with the most points accrued by the end of the Tournament.

Our first match was against Erne Integrated. It was a good match, allowing the team to work together and get a feel for the court and the nets. Anna Wilson, playing Centre, ensured the ball was fed through seamlessly to our shooting circle. Our shooters, Amanda Farrell and Isla Rowland were on great form helping us to win by 11-0.

In between matches, we played a few friendly 6-minute matches for those teams who had brought extra players; this was to give as many players the opportunity to play in proper match situations. In our first friendly, we played St Fanchea’s. Great defending by Hollie Beatty and nice through play in the centre by Emma Egerton, Katharine Armstrong and Aimee Ross ensured the ball got to our shooters. We won this match by 4-0.

The next match was also against St Fanchea’s. This was a hard-fought match. These two teams have come up against each other before in the N.I. League, so were quite wary of each other. They were very evenly matched on the court and it really came down to who was able to get their goals into the hoops! Reah Brennan and Madison Beatty really played superbly, ensuring the St Fanchea’s girls were unable to get their shots on target. Katherine Armstrong and Aimee Ross worked very well with Anna Wilson to ensure the ball kept getting fed into our circle. Fortunately for us, our shooters were the more accurate and we won the match 4-1. A hard game to umpire due to the sheer speed it was played and the desire by both teams to win.

Our third match was against St. Kevin’s. Again, this was a side to be reckoned with. It was a slow start on the scoring front as the game was being played very fast once again, resulting in silly errors. The call to slow it down resulted in our girls gaining more control over their game, and the passes going where they wanted them to go. Once again, Reah and Madison played wonderfully in defence. This more confident approach ensured the win by 7-1.

Another friendly was played as our next match. Our girls were against Devenish College. Yet again, we played well together with Emma Egerton and Natasha McKeown feeding the ball nicely into our shooting circle.
We won the match comfortably by 5-0 with some excellent shooting from Jess Ferguson and Ellie Cuthbertson.

The final match was also against Devenish College, The team was switched around a bit to give those who hadn’t had as much match play in the friendlies, a chance to play the full 12 minute game. This mix-up was a good opportunity to see how the team worked together with different combinations of players. Emma kept the game flowing in the centre with Madison making a rare appearance in wing defence. Natasha worked strongly in Wing attack, with Reah and Hollie well placed as Goal Keeper and Goal defence. Finally, with Amanda and Jess on board as the shooters we came away with a 7-1 victory.

A superb day for the year 9 girls emerging as worthy winners of the Blitz.

This rounds up a very successful year for our Year 9 netball team – I have been delighted to coach them and look forward to having them all back again in September.

Final training will be this Thursday for the 9s and 10s. They will play the Year 8 team to give them match experience prior to their Blitz on the 8th April. 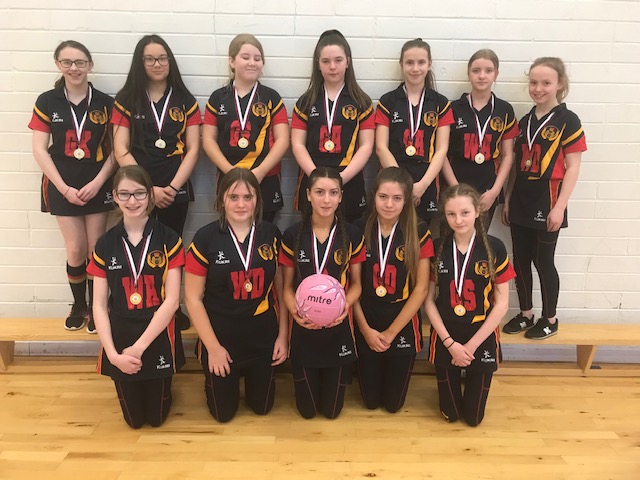 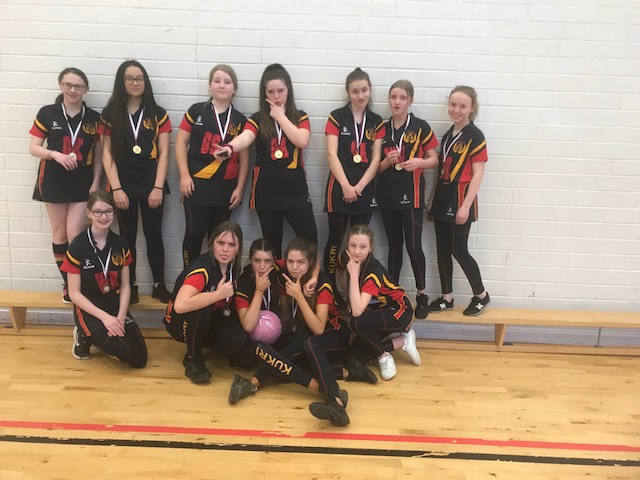