A Busy Month for Drama and Performing Arts

A Busy Month for Drama and Performing Arts

It’s been a busy creative month for the Drama and Performing Arts Department.

The Year 12, 13 and 14 enjoyed their first experience of live theatre since lockdown in March 2019, with a visit to the Ardhowen to see Burial of Thebes on 9th September.

On 17th September the Year 14 took to the stage themselves, and delighted a huge audience for Culture Night with Pop up in The Park at the Round 0.  Inspired by Oscar Wilde’s story The Fisherman and his Soul, the Year 14 created a fast, fun and furious retelling of the story.  With a rainbow themed design concept, costumes by Cheyenne Abbott, sound by Sean O’Brien the performers were directed by Luke Cameron and James McCreery.  Nathan Clarke was the narrator commanding the show, whilst the comedic talents of  Charlie Smith, Fen Columb Hallewell, Jack Murphy and Chris Bland provided much hilarity for the audience.  With flying fish,  confetti cannons, and flower garlands for the stage managers, Ellie Hicks and Hollie Archer, managed to create a seamless show of colourful chaos!

If you were about town on Saturday you may also have come across some colourful characters handing out flyers for the Flive festival coming up on this weekend.  Organiser, Toni Johnston was delighted to have Nathan Clarke, Erin Evans and Chris Bland’s help commenting ‘It is wonderful to see young people so actively engaged in the arts’.  You will spot more of our Performing Arts pupils at the weekend at the Children’s event in the diamond from 2PM 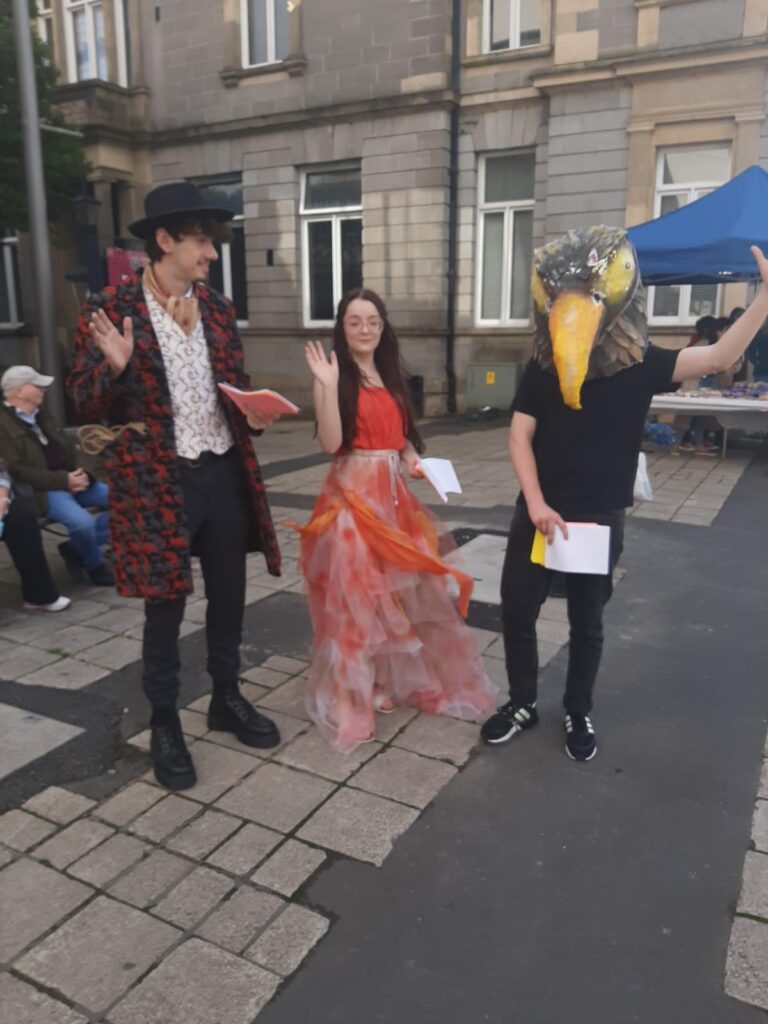 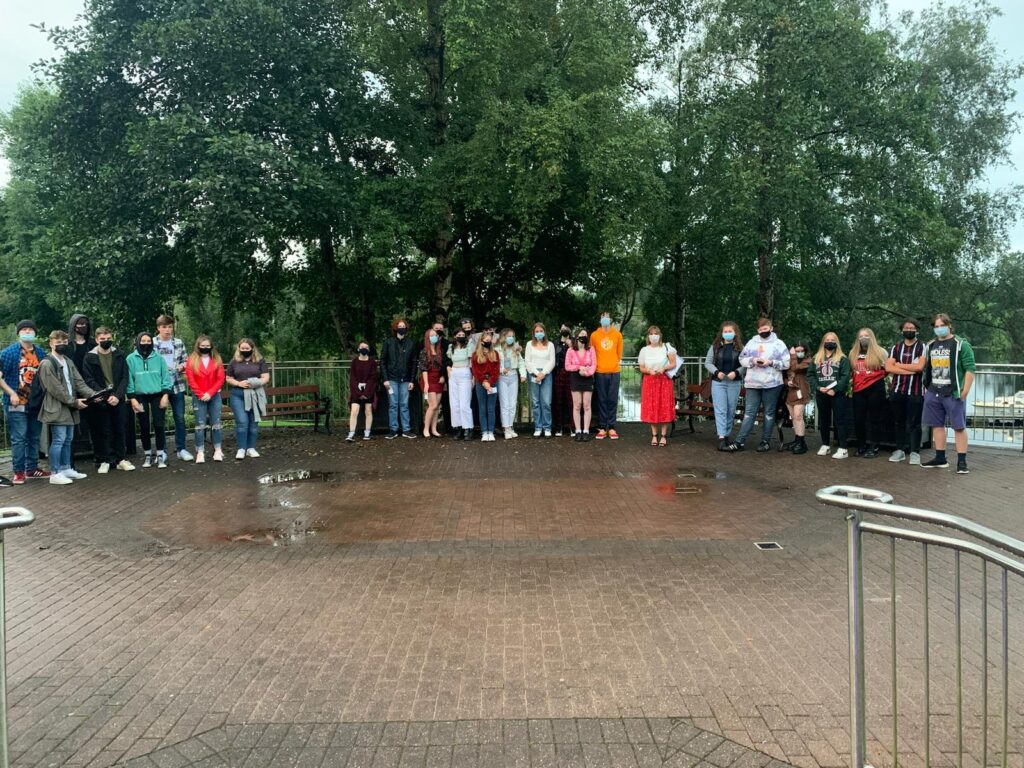 Trip to the Theathre : Burial at Thebes 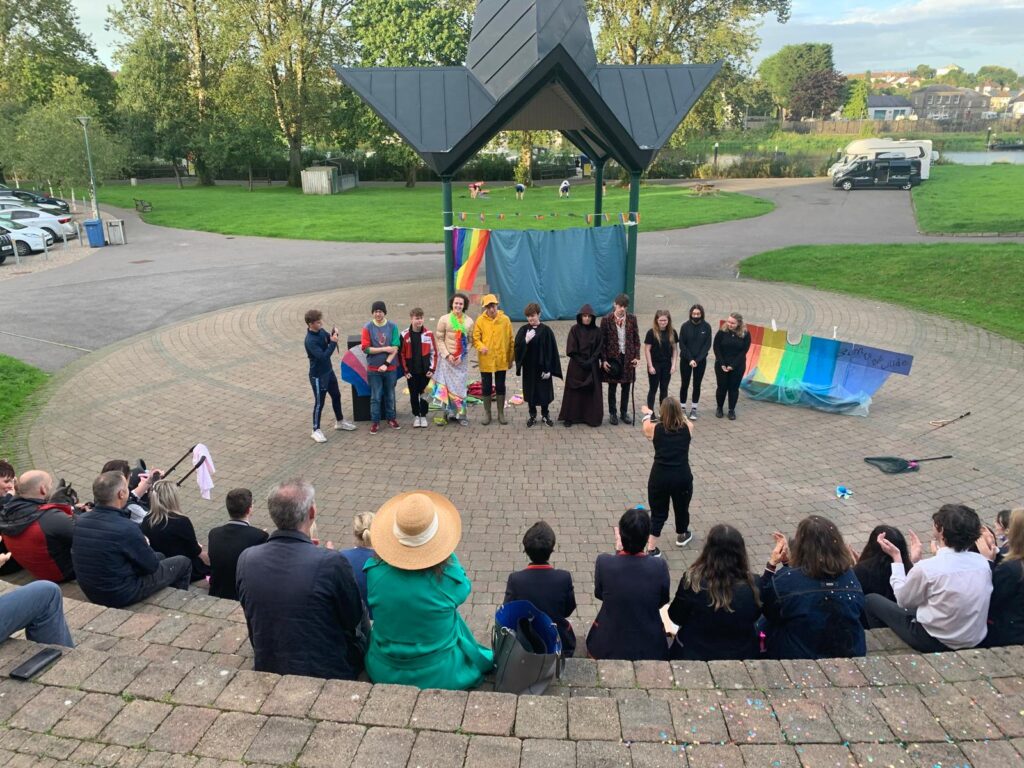 The Fisherman and his Soul cast and crew 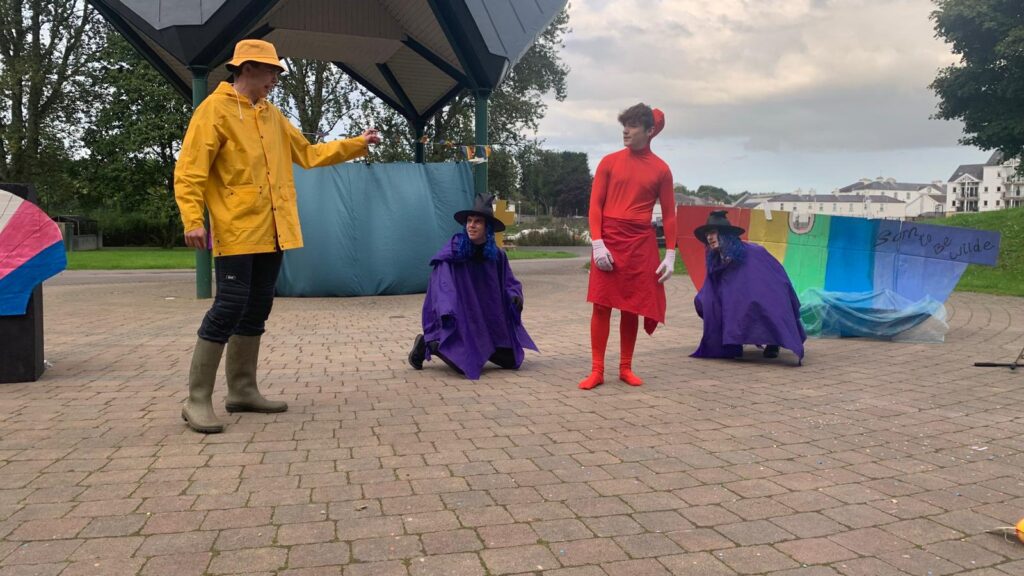 Dance with the Devil

Return of the Soul 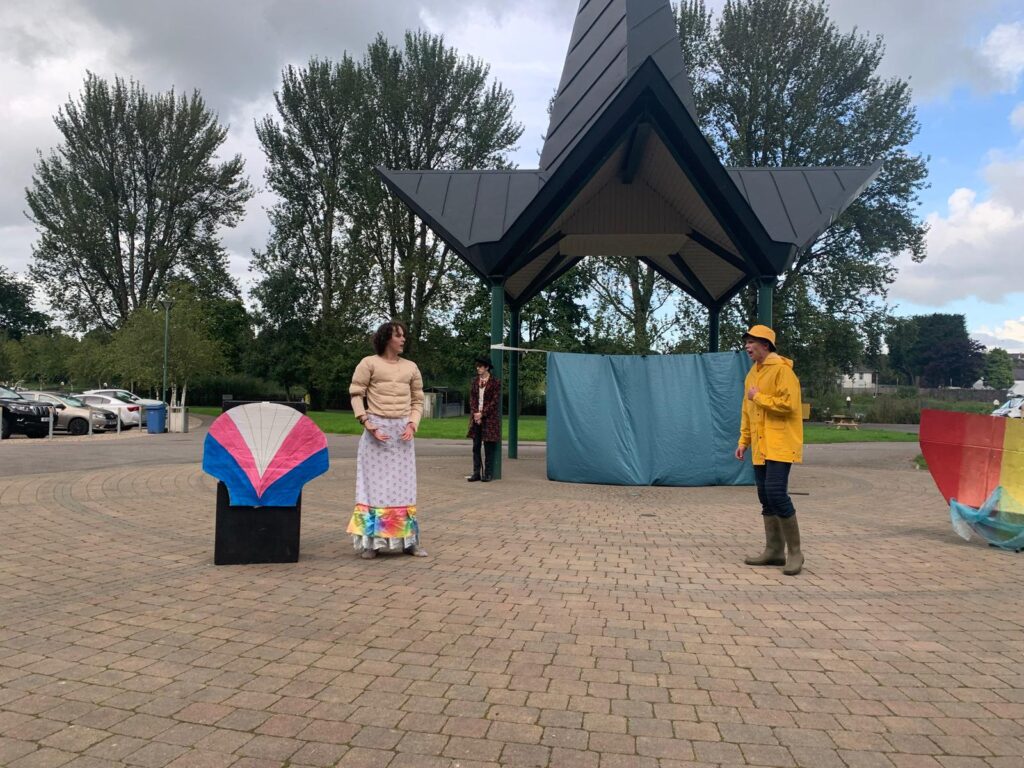