An action packed day at the Ulsters for the ERGS athletics squad.

Home Latest News An action packed day at the Ulsters for the ERGS athletics squad.
NextPrevious

An action packed day at the Ulsters for the ERGS athletics squad.

A great couple of days out at the Ulsters for the qualifiers from last month’s E-districts saw a squad of 18 ERGS track and field athletes compete against the best in NI. A huge congratulations to Yr9 Harry McKenzie who ran a very impressive 800 claiming a well deserved Silver Medal 🥈 whilst Yr11 Annabelle Morrison who ran a stunning 10 minute 3000m on Friday evening for 🥇  followed it up with an equally impressive 1500m this afternoon winning Bronze 🥉. The senior boys of James Nixon, Tim Harte, Darragh Love and Karl Bothwell also put down a super 4 x400 and where awarded a silver 🥈 on Friday night all now qualifying for the All Irelands later in the month.

Other Senior performance came from yr12 and yr13 boys James Nixon and Samuel Carrothers who both took a break from their revision this weekend to perform well in the 400m and 100m finals respectively. Although out of the top spots both were amongst similar company and put down impressive times.

In the junior divisions, Year 8s Annabelle McKenzie and Jacob Balfour both ran superb 800m races placing an impressive 4th whilst Poppie Beddard, although not making the final rounds, remained consistent with her E-District performance in the Long Jump at 3.53m. Yr10 McKenzie Corbett held on well to a very quick pack of junior boys 1500m runners with an energy sapping but respectable finishing time. In the girls’ Mini and Minor 4×100 relays both teams of girls, Yr8 Alice Edwards, Sophia Yu, Poppie Beddard and Annabelle McKenzie and Yr9 Hannah Longworth, Sarah Fleming, Olivia Gallagher and Tori Davis ran hard and competitive races in the heats narrowly missing out on places in the finals and should be proud of their performances against some slick competition.

Overall a mixed set of results but great to see a large competitive squad in amongst the top young athletes of NI. Good luck to the medal winners who now progress to the Irish Interprovincial Champions and many thanks to the travelling staff and parental support on both days. 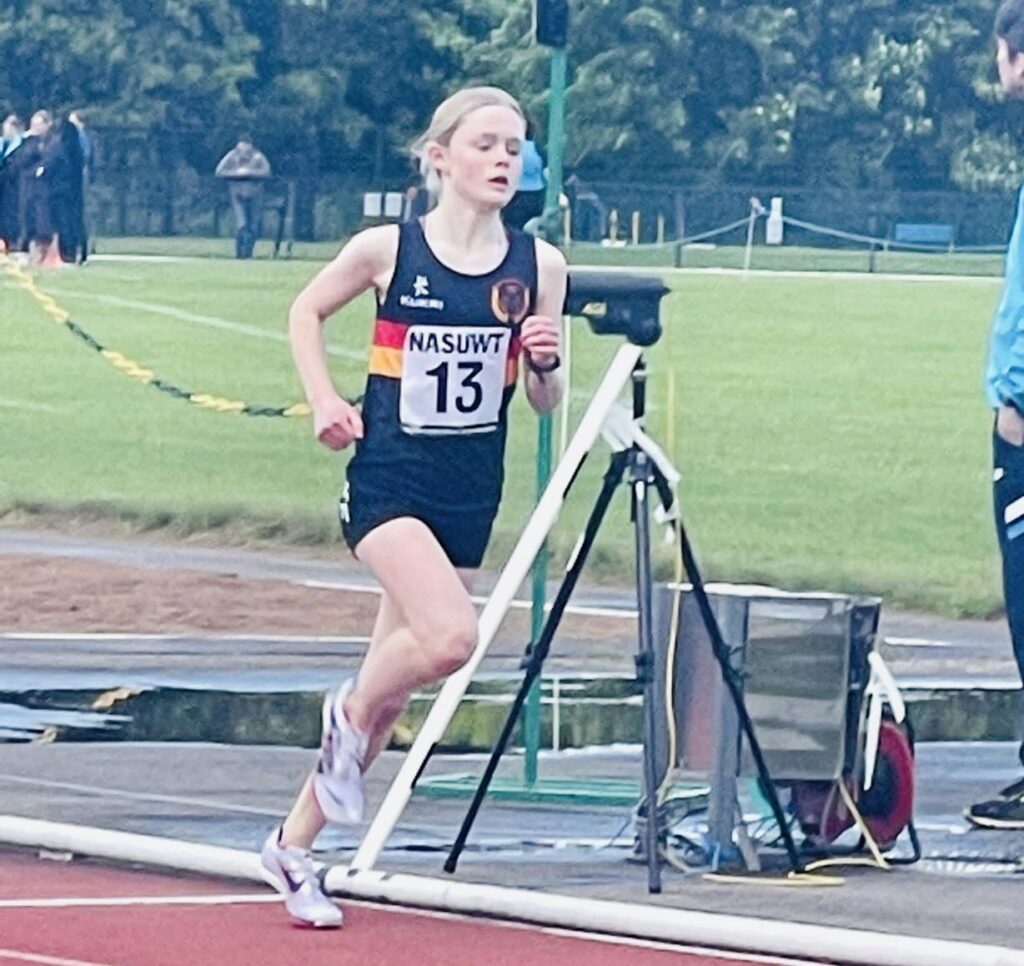 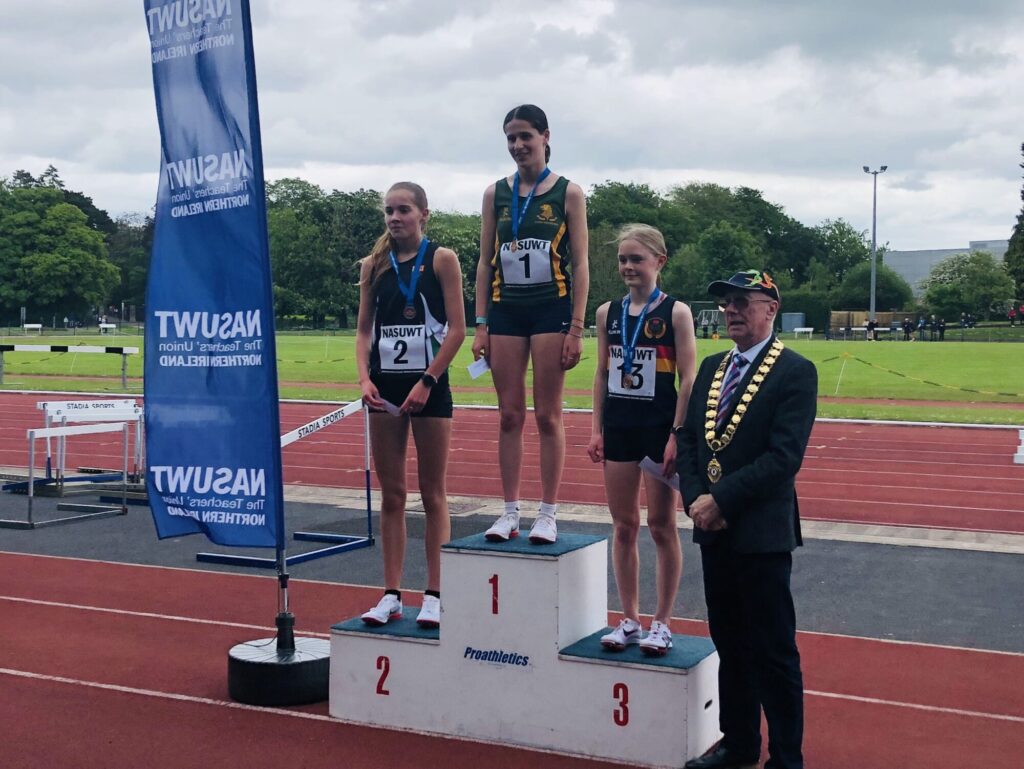 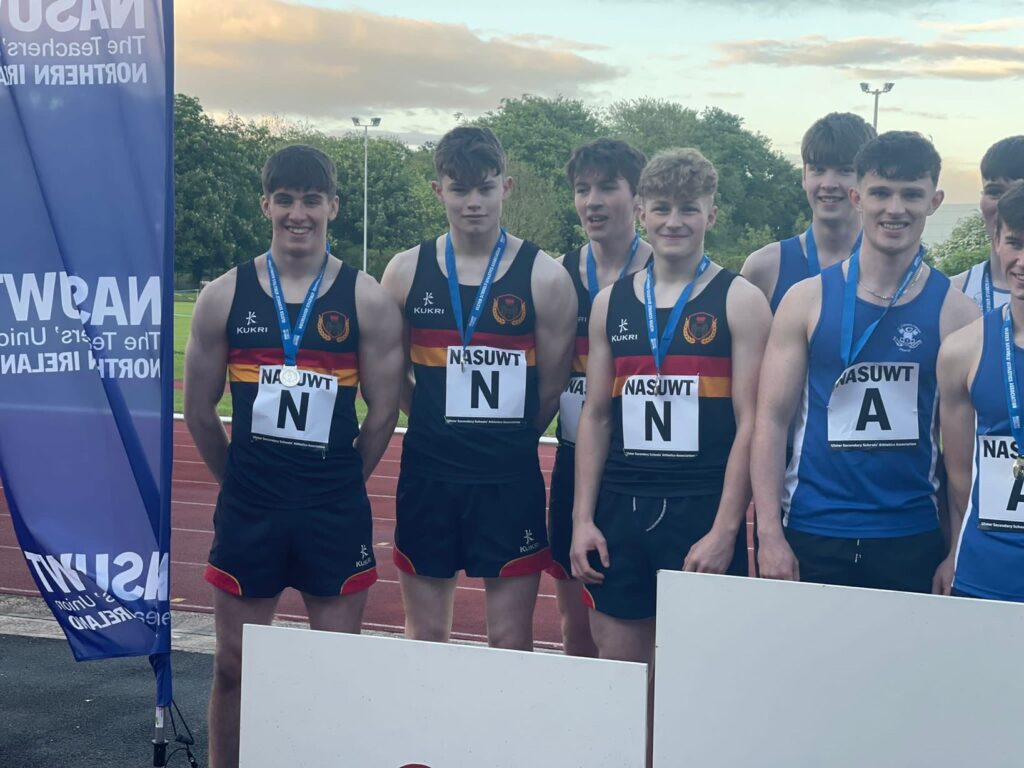 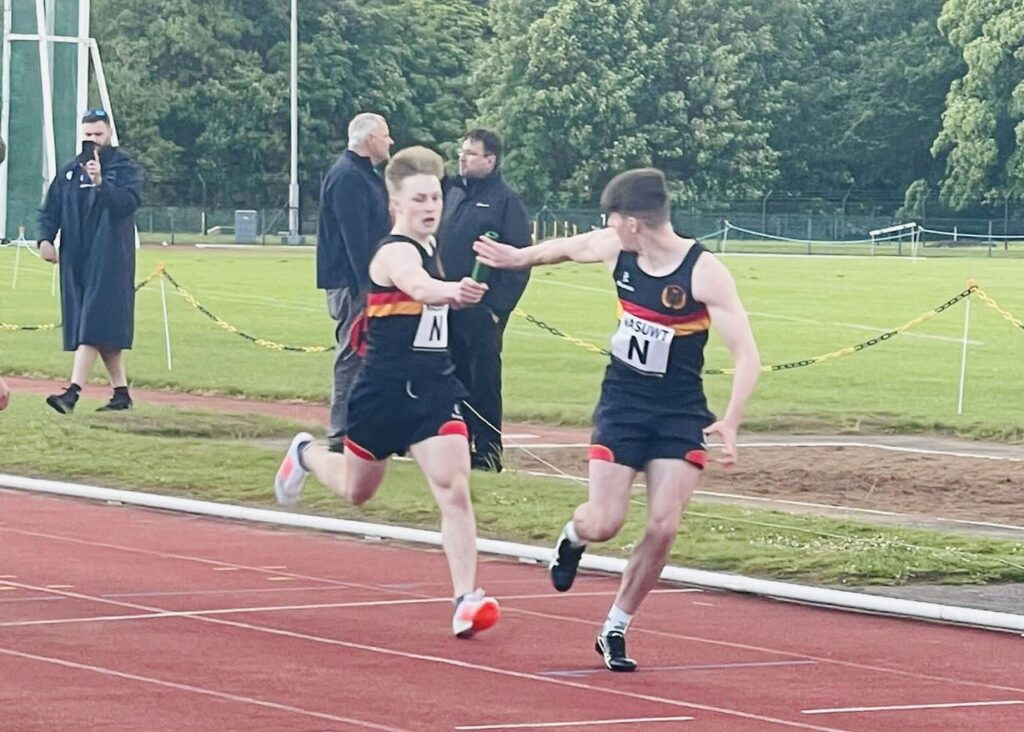 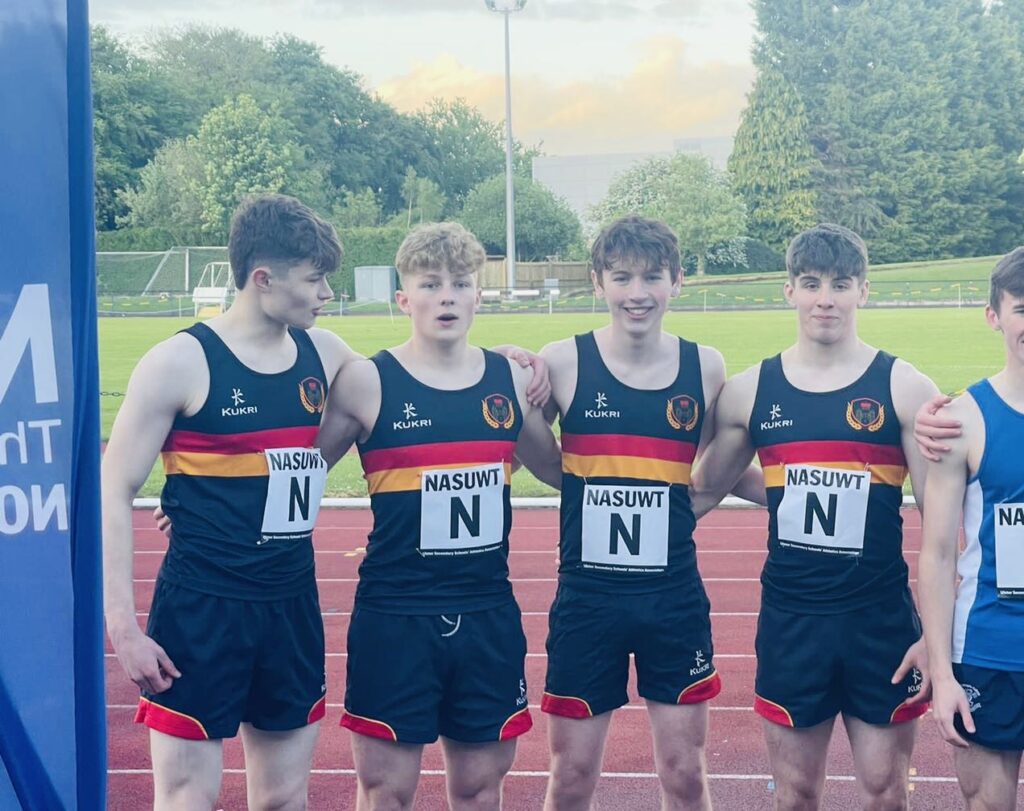 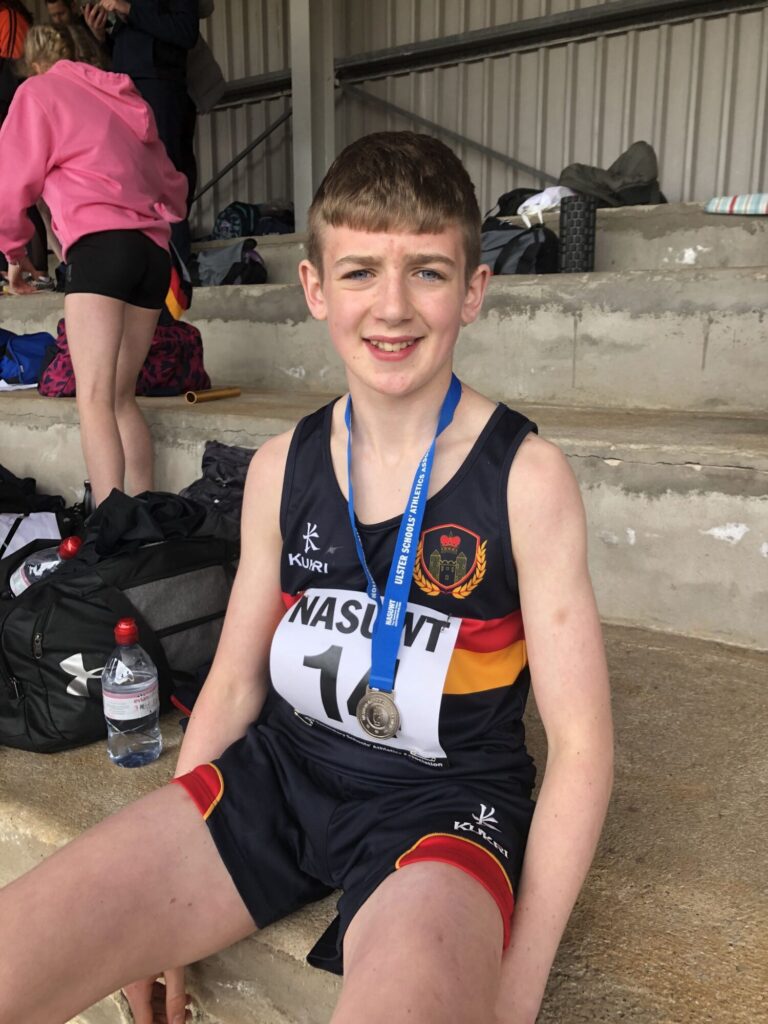 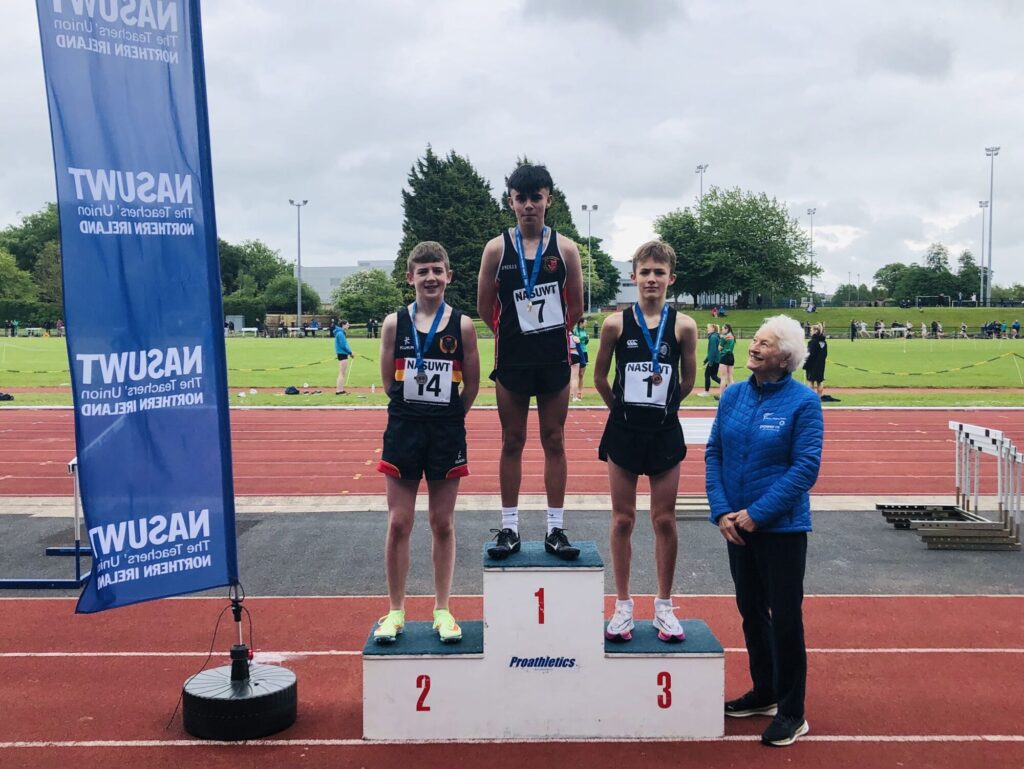 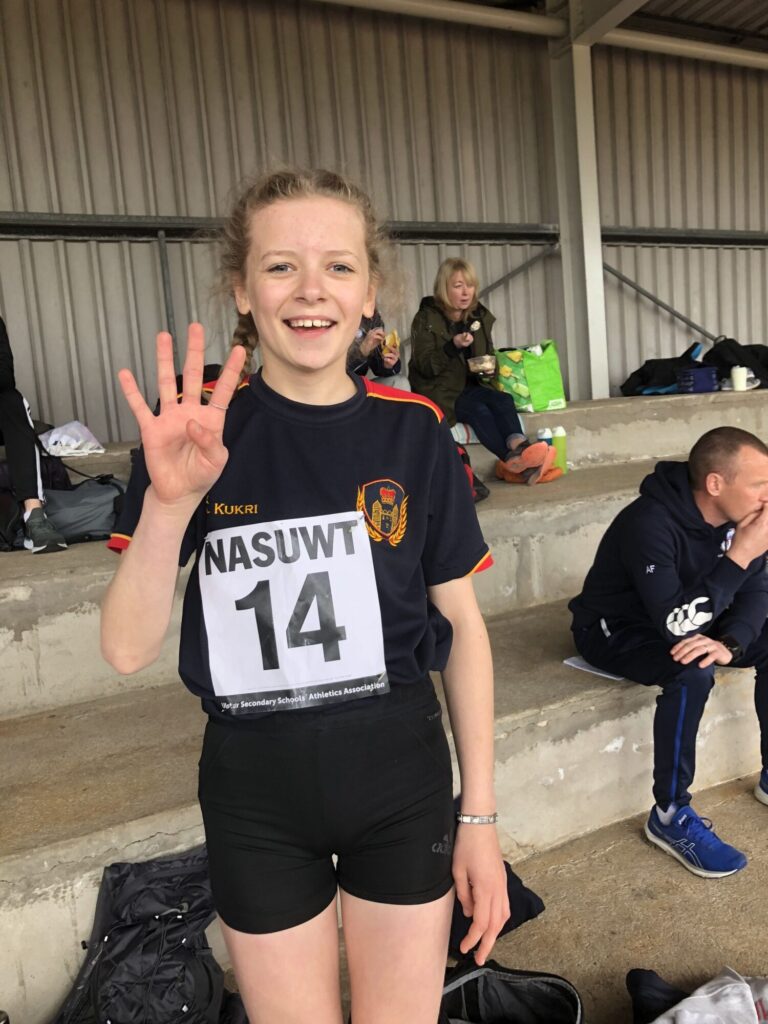 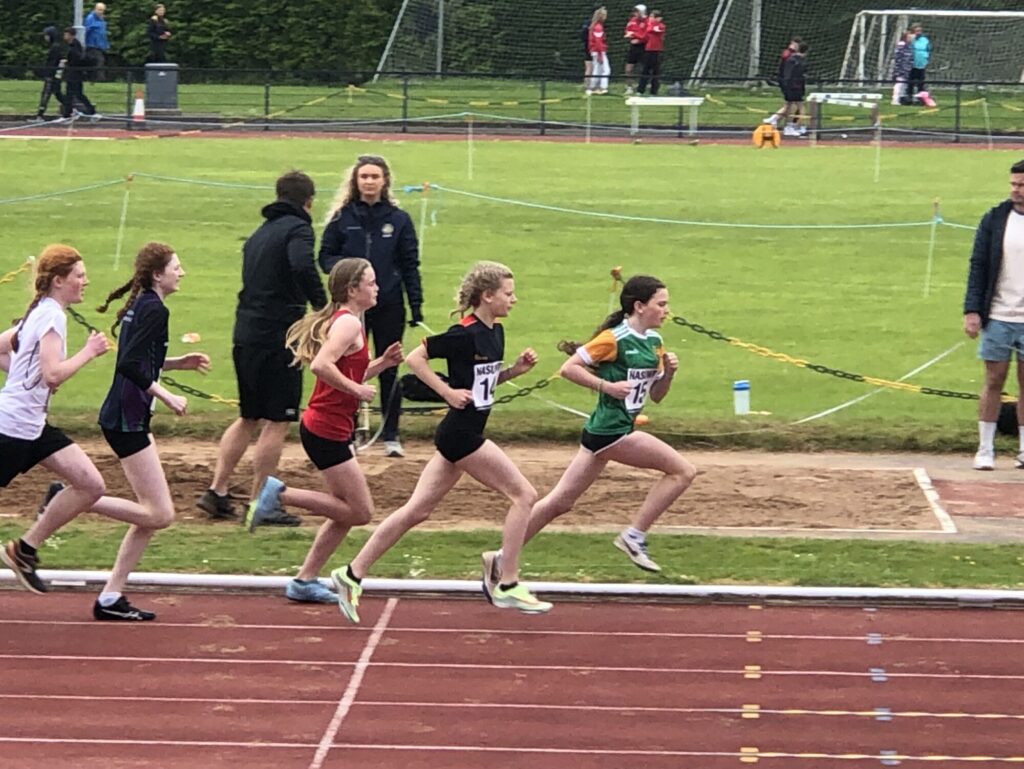 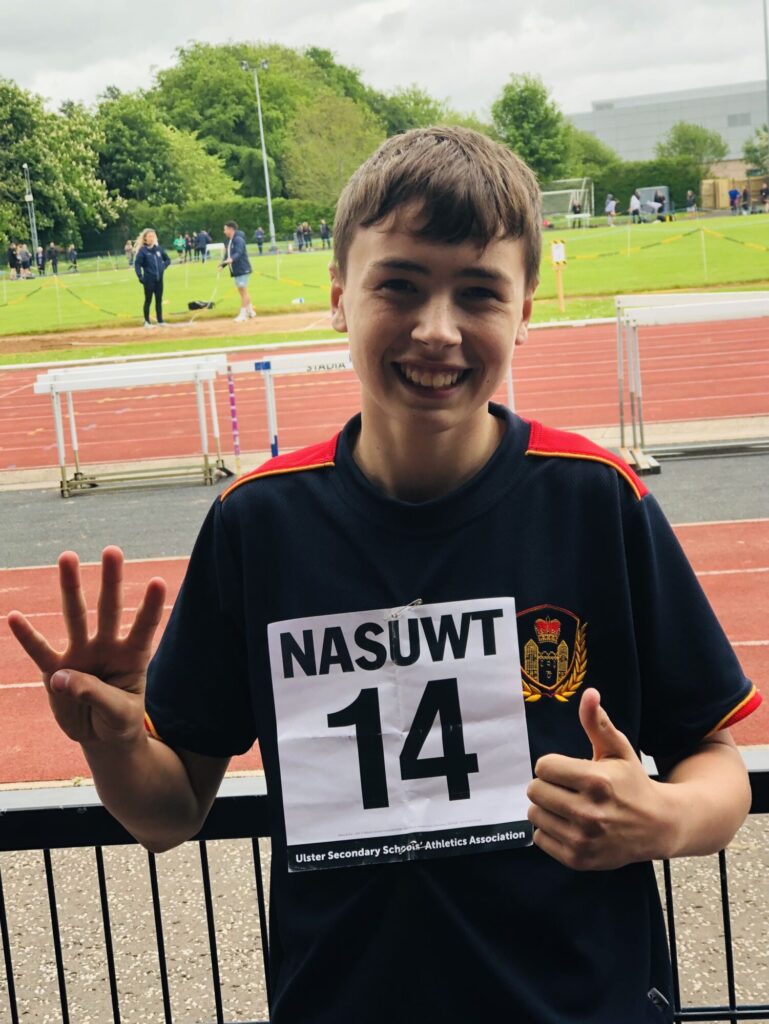 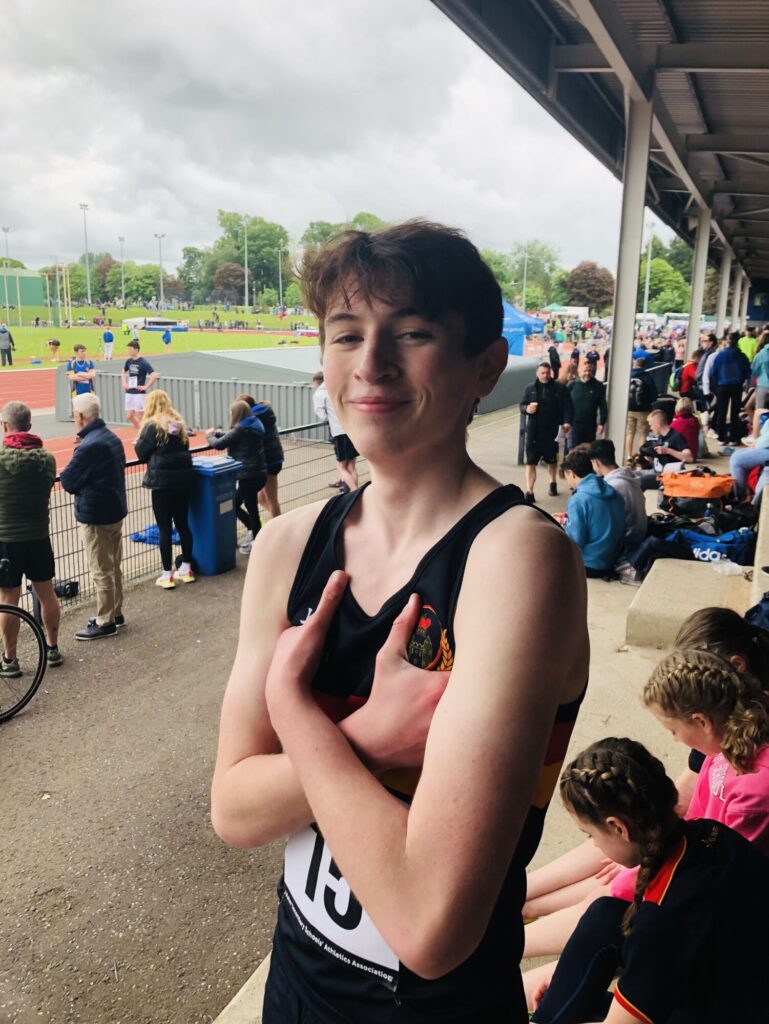 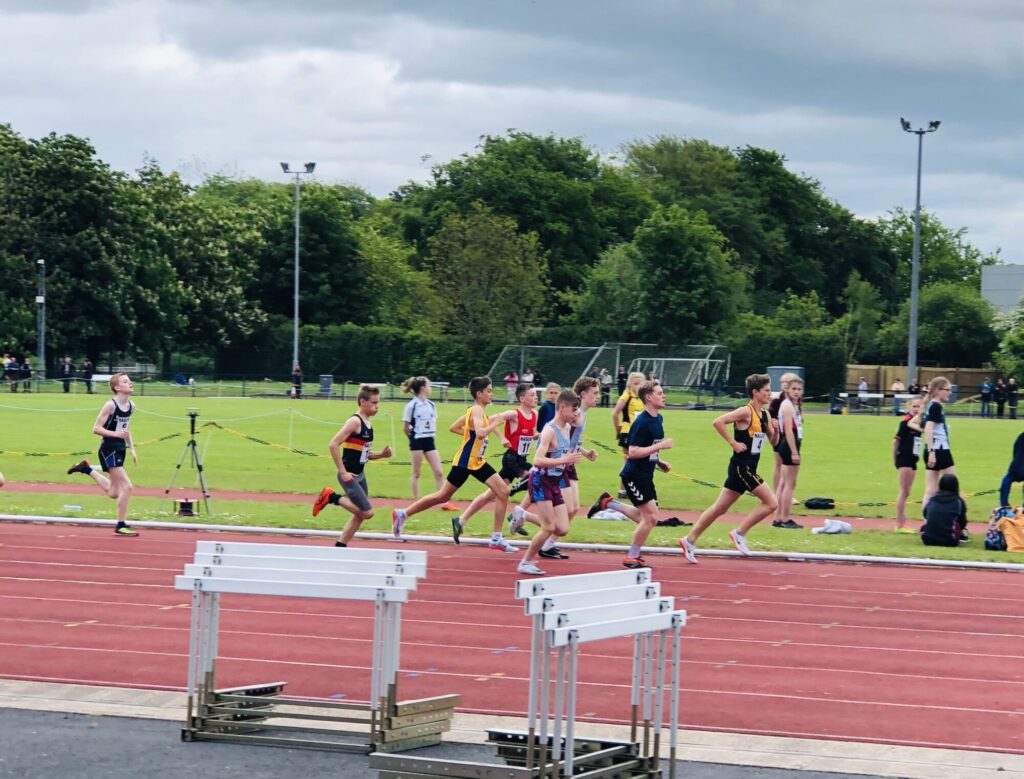 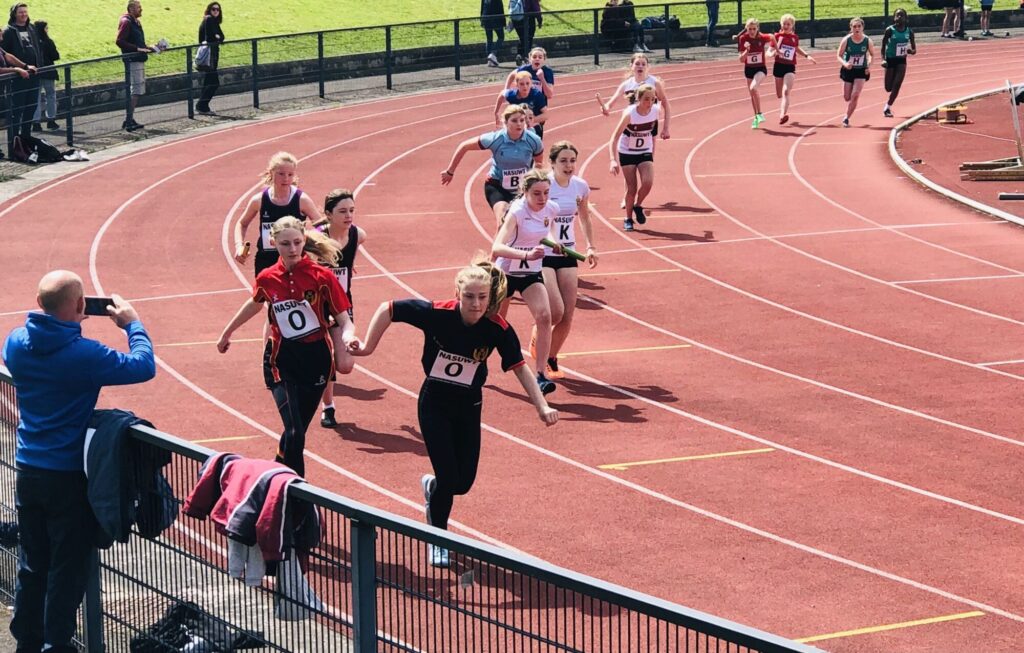 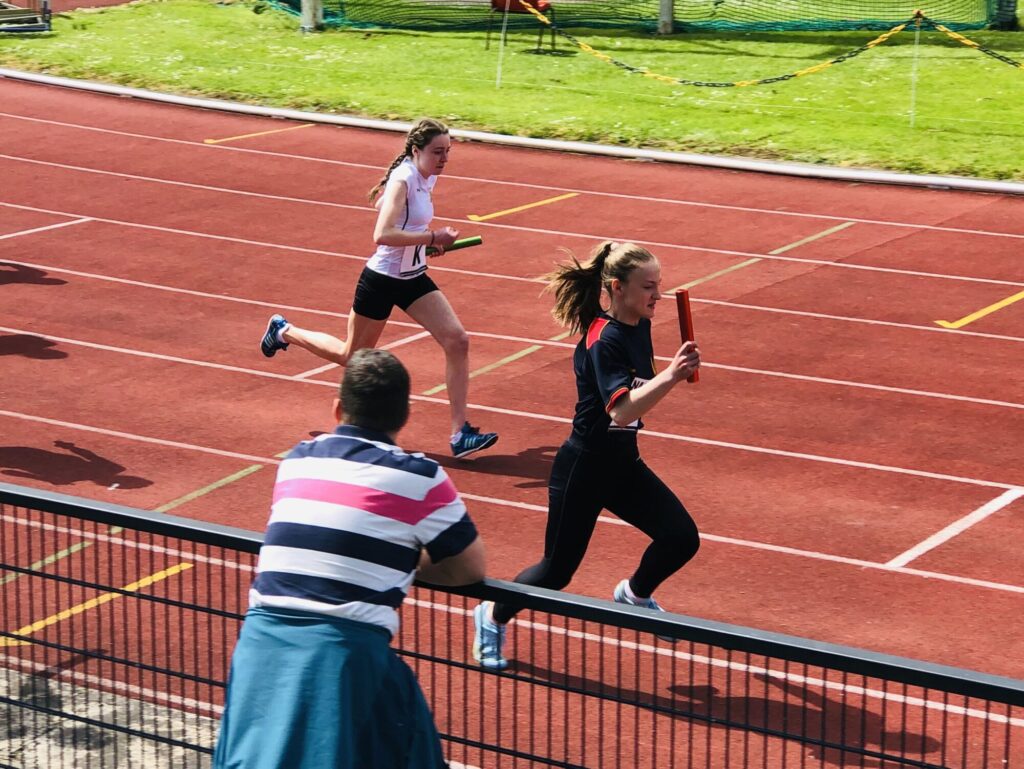 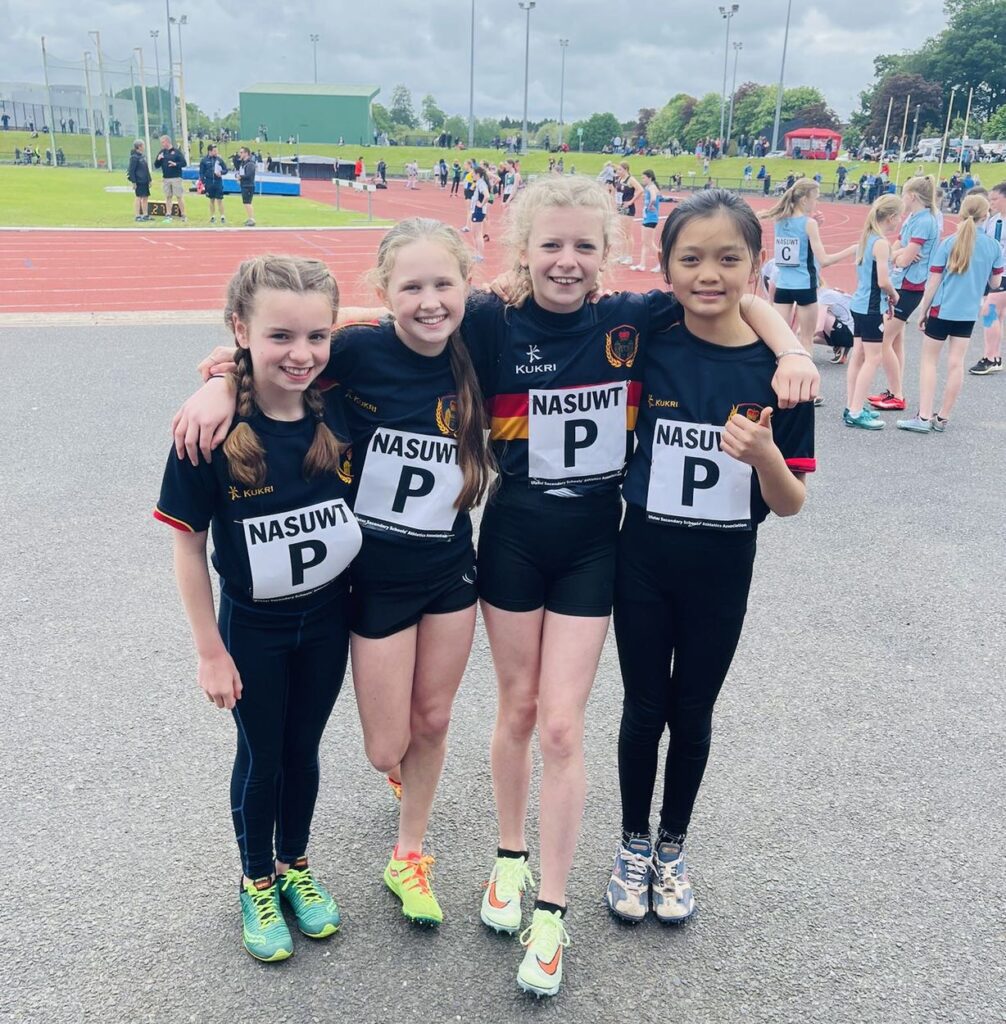 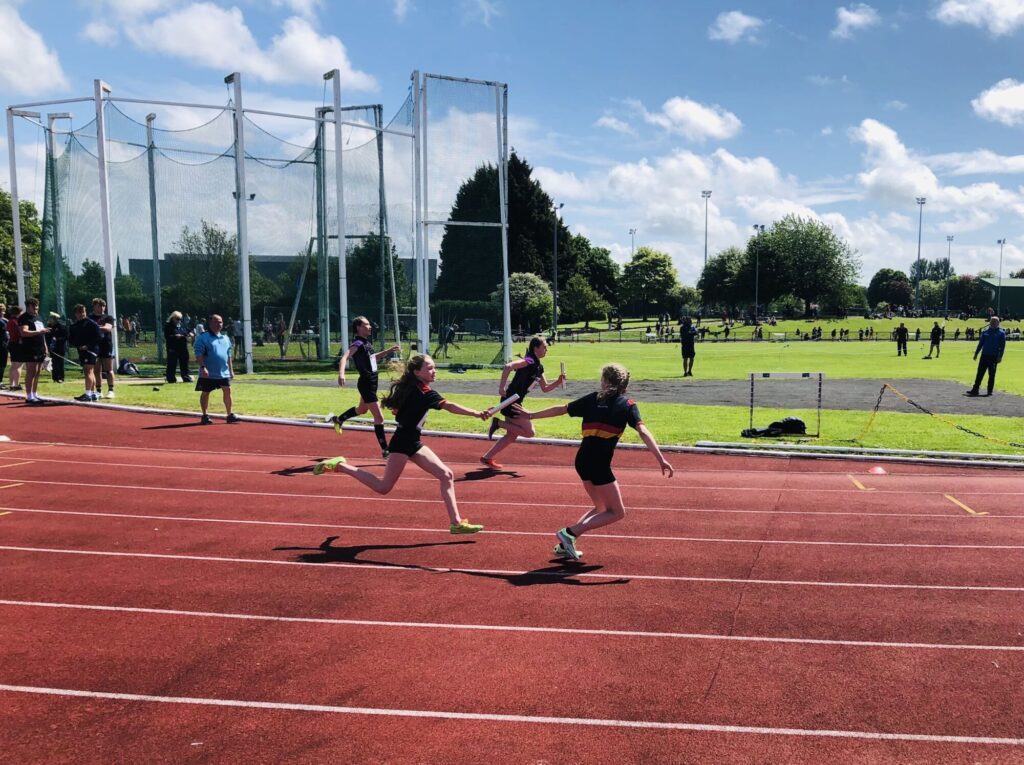 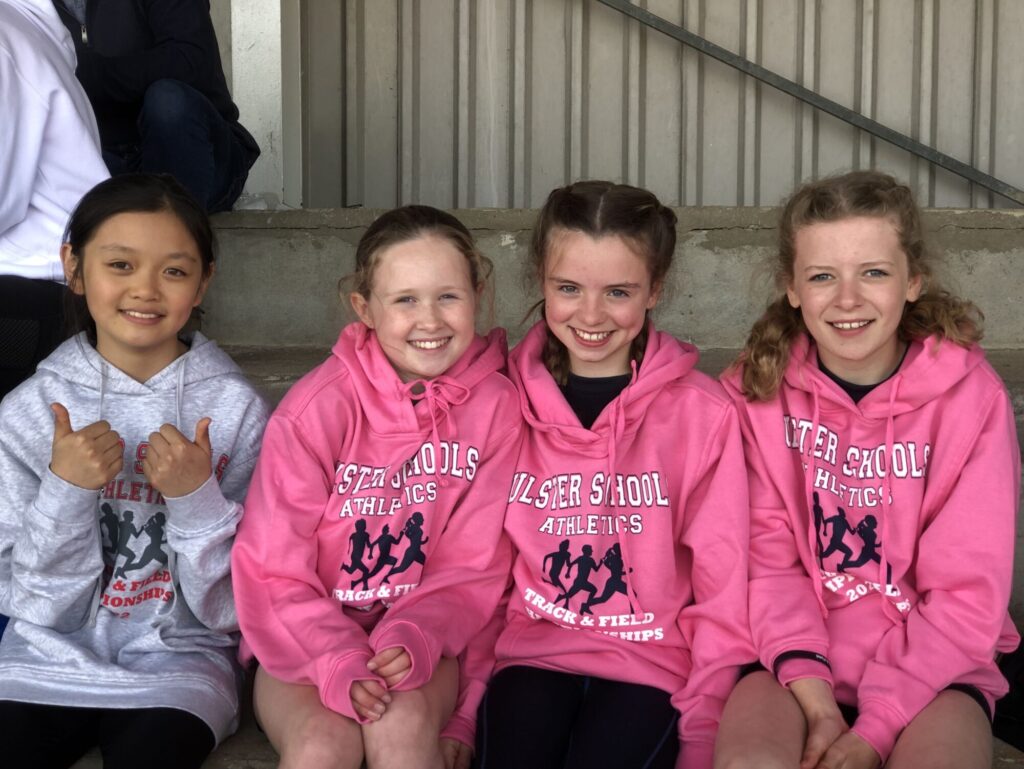 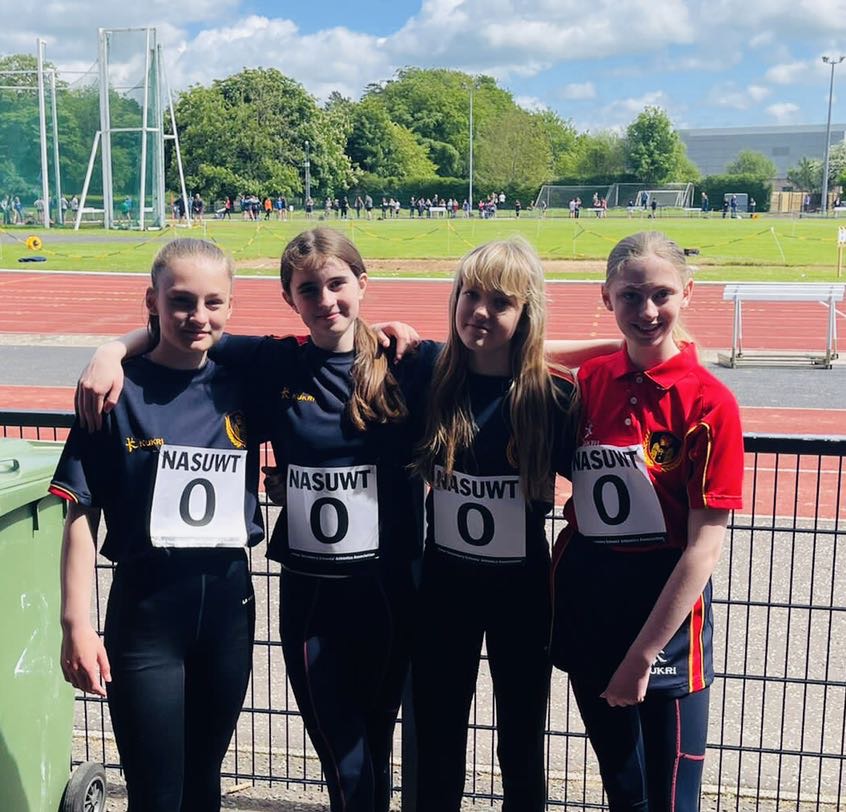 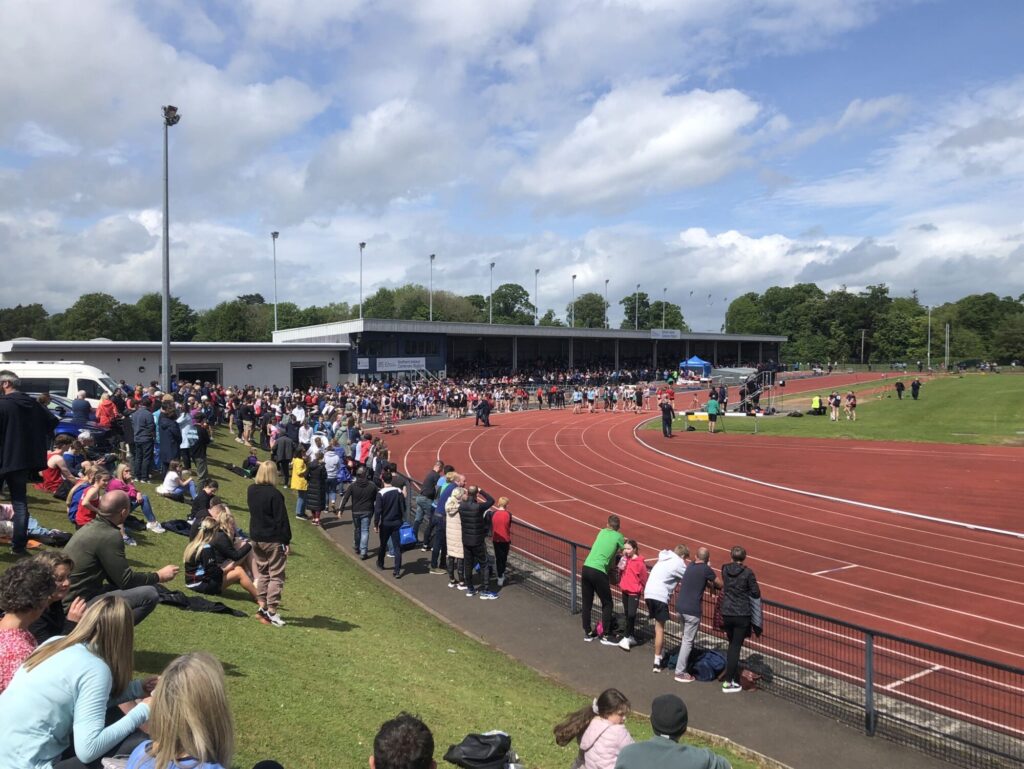 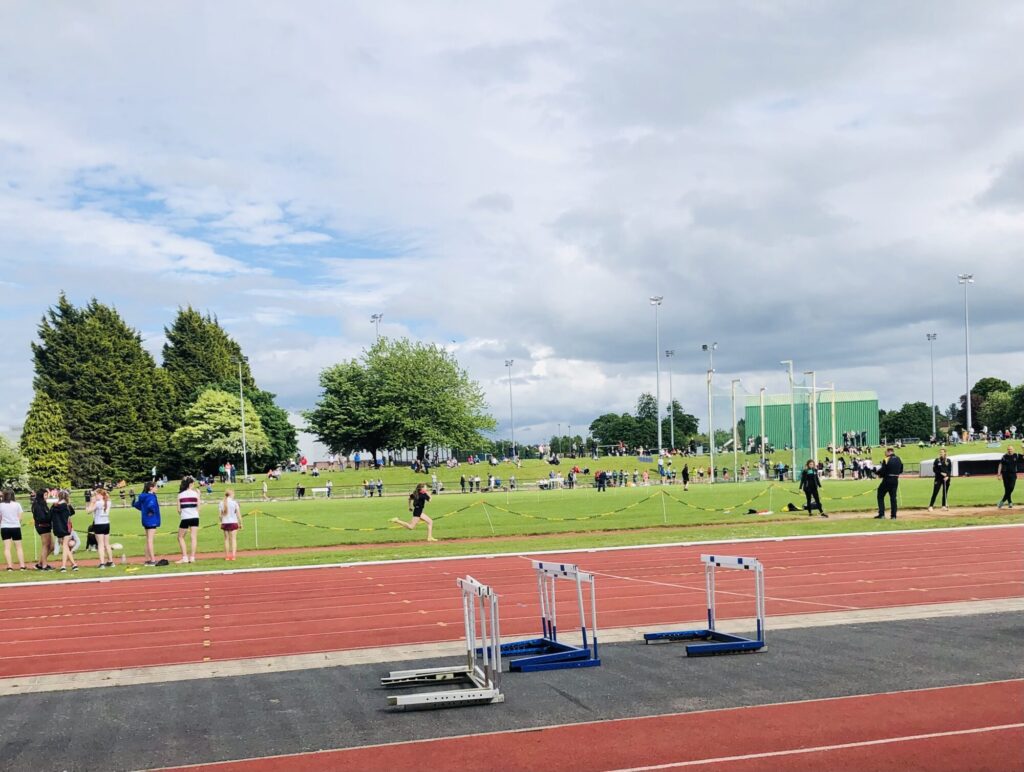