ERBC were presented with the Queen’s Award for Voluntary Service on Saturday after a very long wait due to COVID restrictions. The Boat Club were awarded the QAVS in 2020 for their outstanding work with young people across the community and for their charitable work in our local area.

Ms Armstrong welcomed Viscount Brookeborough to the Boat Club and spoke about the challenges of COVID and the importance of community.

Derek Holland thanked all the volunteers who work tirelessly for the rowers and paid tribute in particular to Gerry Murphy and Iain Kennedy who have been at the centre of coaching at the Boat Club for over 30 years. He thanked Ms Armstrong, the Board of Governors for their constant support of ERBC.

Club Captain’s Nikki Kernaghan and Frankie Reihill spoke about what ERBC and its volunteers mean to them, how rowing builds resistance to enable them to cope with life’s challenges. They ended their speech with the African saying ‘it takes a community to raise a child’, at Enniskillen Royal Boat Club it is the community that raises the rower.

Viscount Brookeborough talked about the importance of volunteering and how with greater success comes the demand for more and more volunteering hours. He congratulated everybody at ERBC on the award and wished everyone luck in the future.

After the formal presentation the Boat Club’s 2 new boats were named. David Storrs was very surprised and delighted to see his name on the new four. The new eight has been named Strictly to thank all the dancers who worked so hard and raised so much money for the Club during our 3 events. Many thanks to everyone who contributed to these new boats particularly the Hart and Noble families who raised a lot of money last year towards the new David Storrs four in memory of Sir Tony Hart and Tom Noble.

So many people were involved in the organisation of Saturday’s event and everyone at ERBC wishes to thank anyone outside of the Boat Club who played a part in this, Ms Armstrong, the board of governors, school staff and pupils. 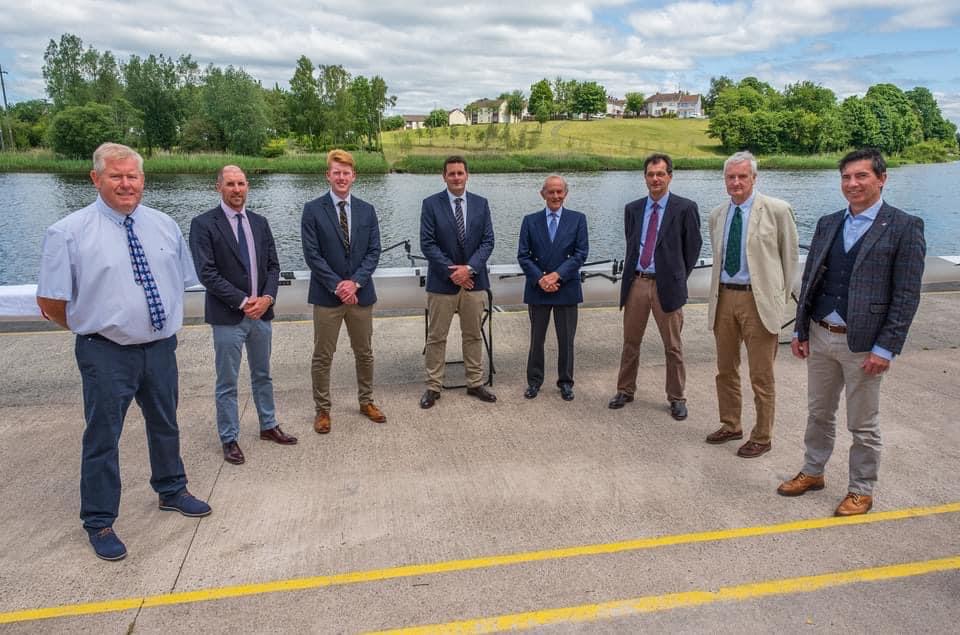 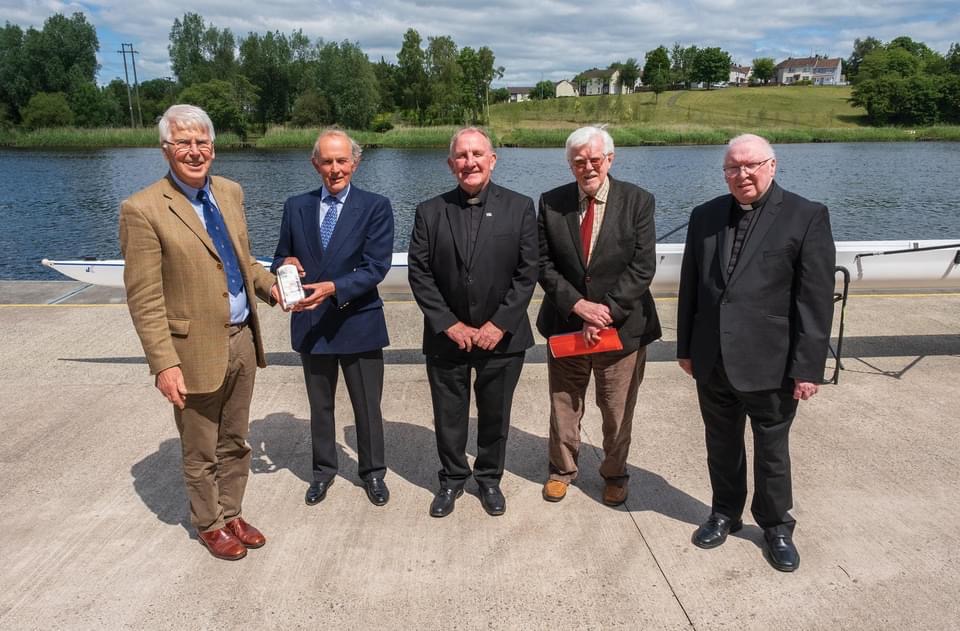 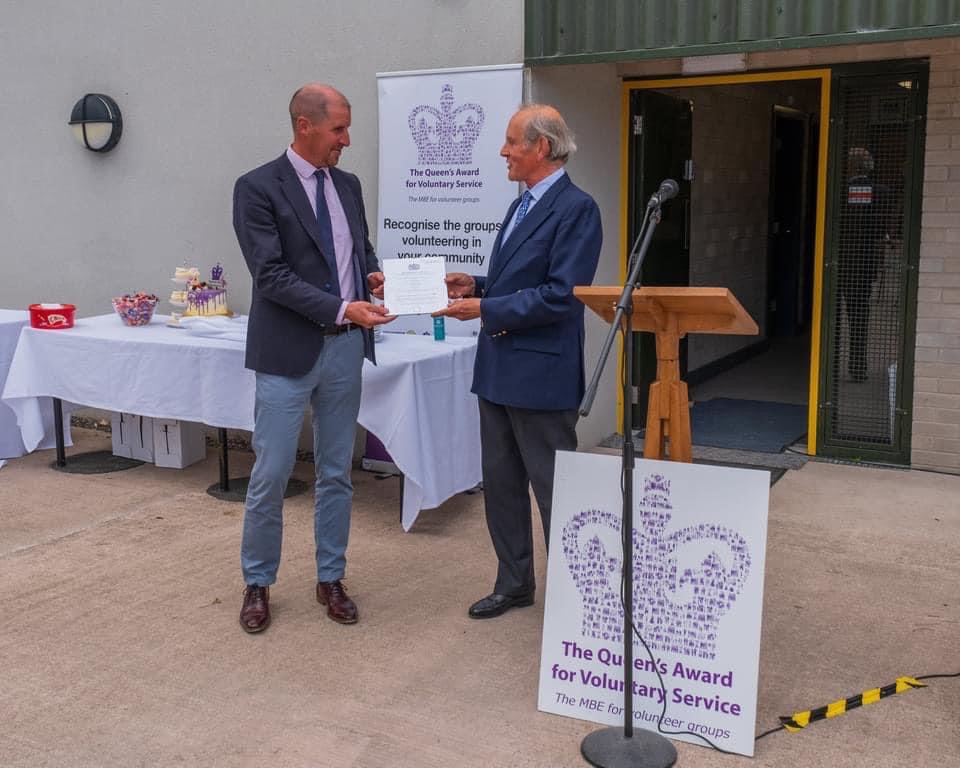 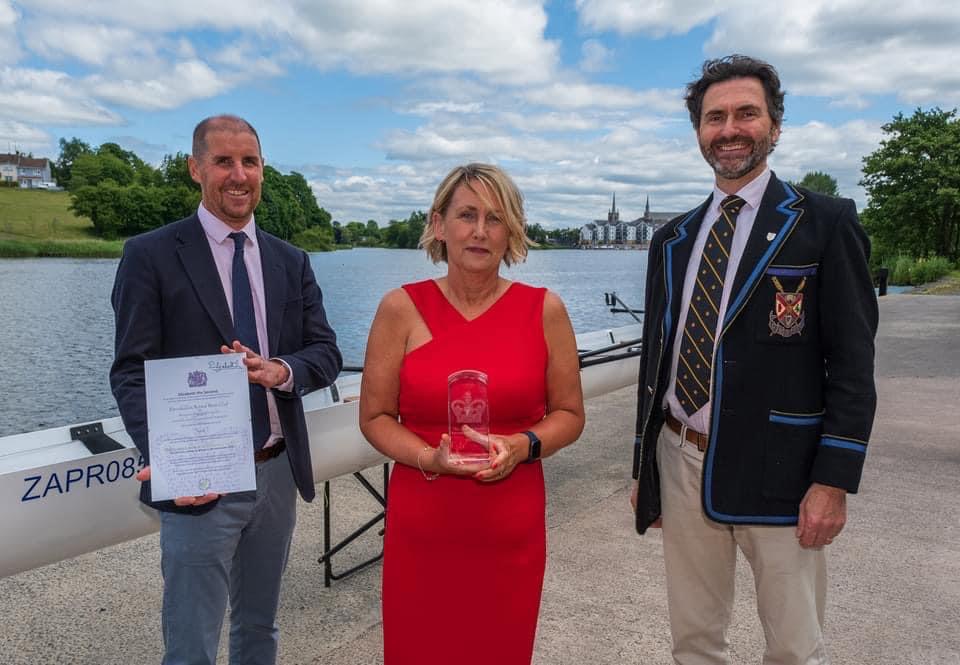 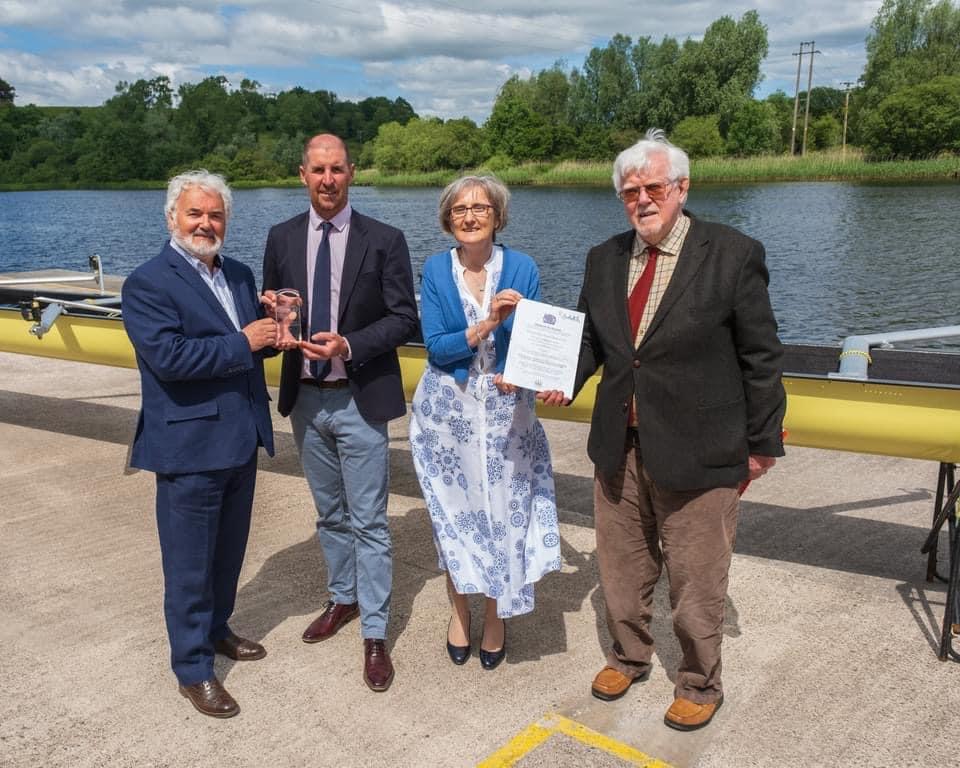 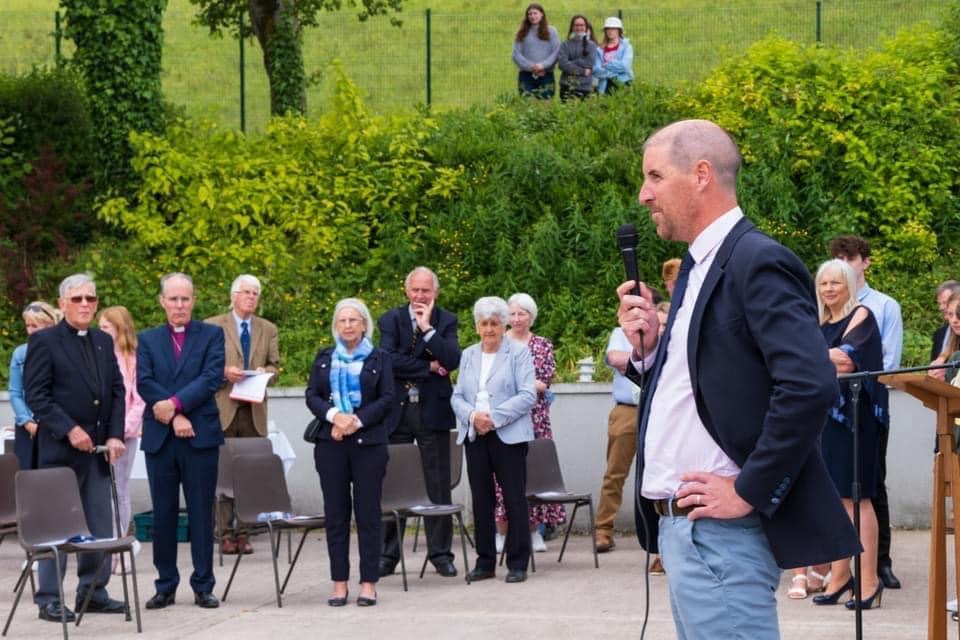 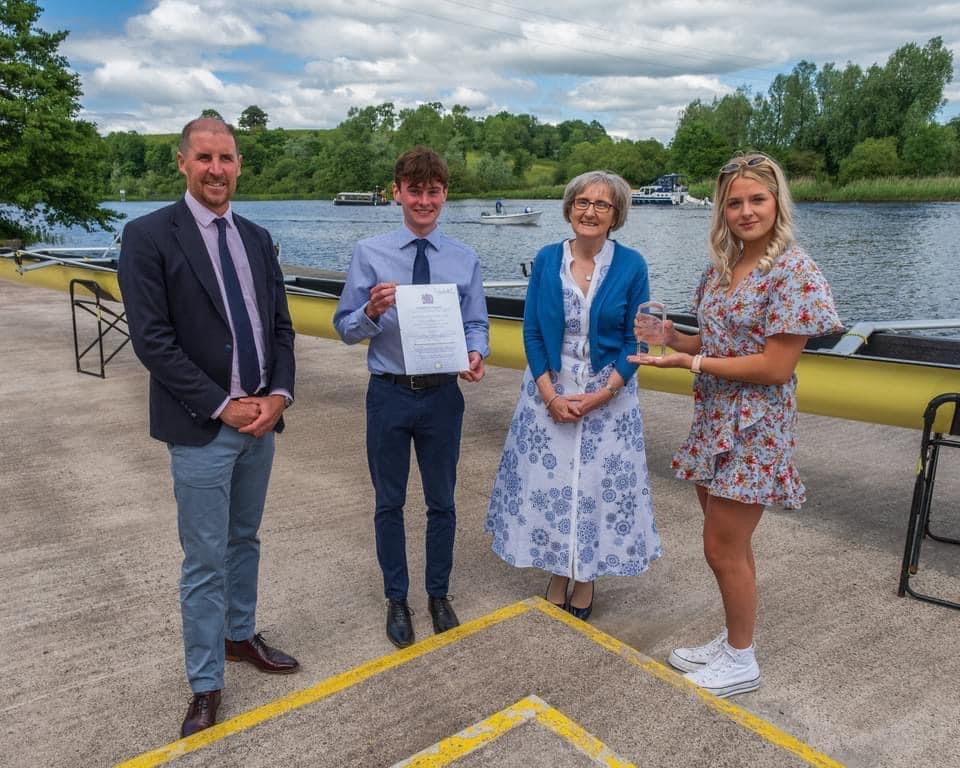 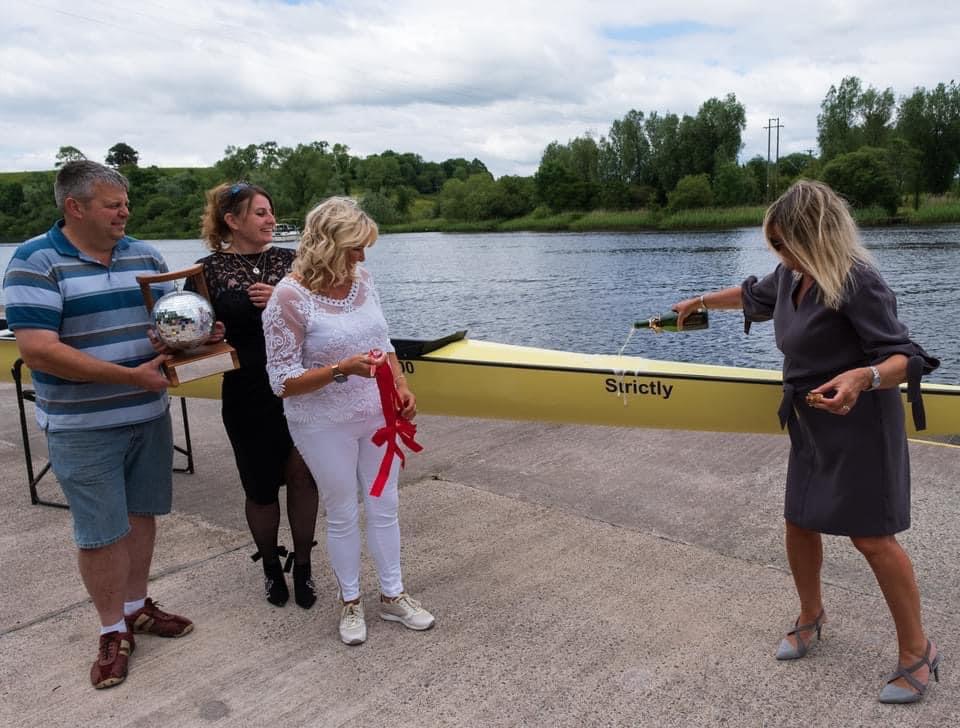 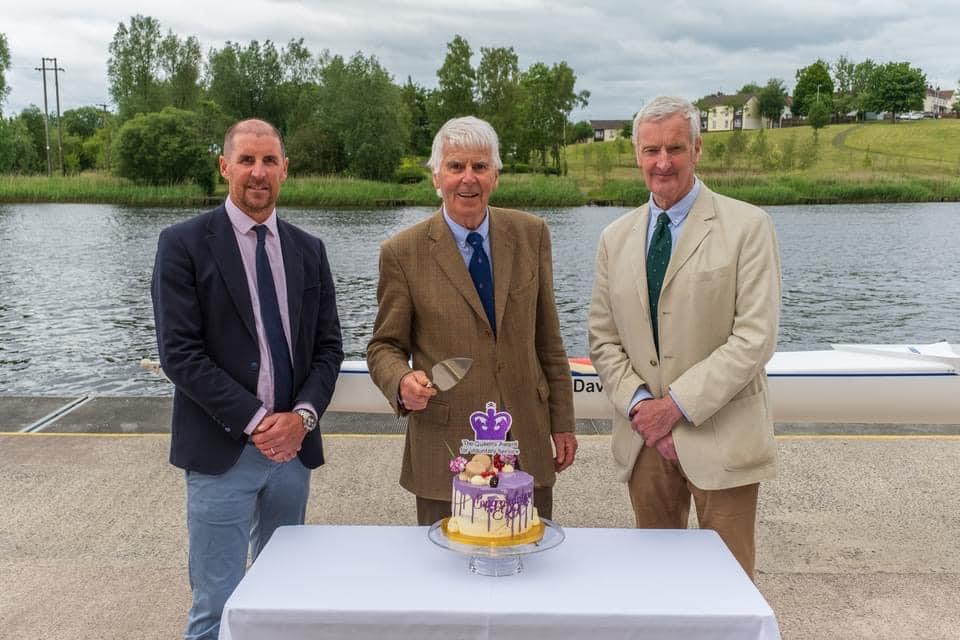 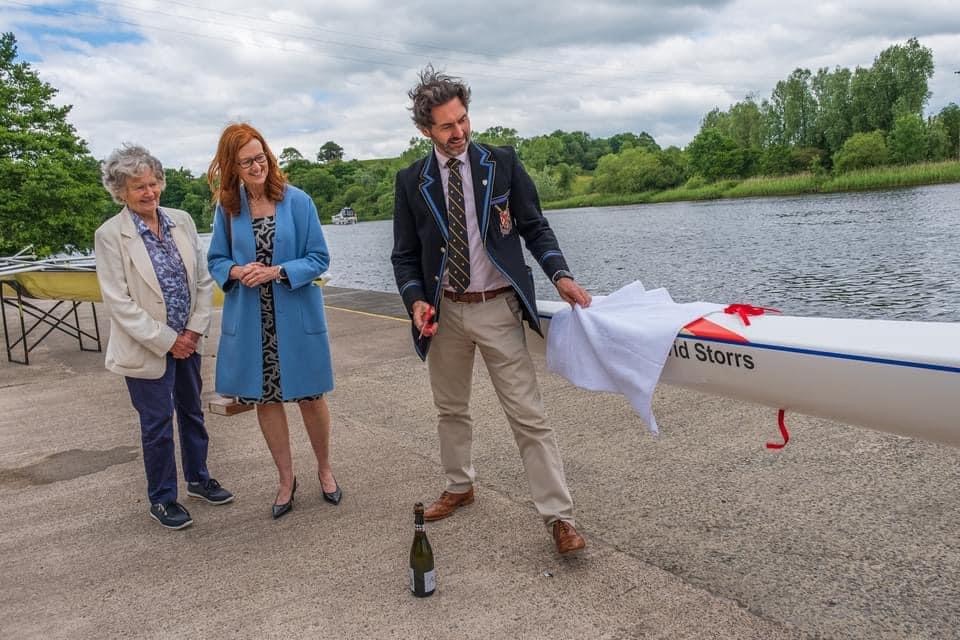 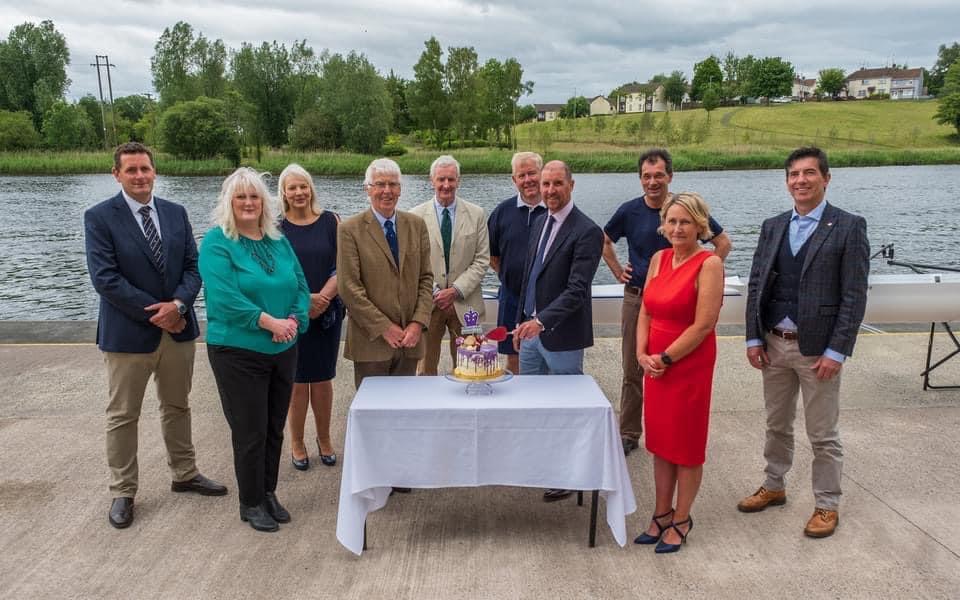