The band performed a three-movement contest piece called ‘Little Suite for Brass’ by Malcolm Arnold and as always was thoroughly prepared and directed on the day by our brass tutor Mr Stephen Magee.  Rachael Fyffe is the Principal of the Band this year and performed a beautiful cornet solo within the 2nd movement of the Suite.  Overall the band gave a sterling performance and there were many complimentary comments and helpful feedback from the adjudicator, Sheona White.  Sheona is a much accomplished tenor horn player who has been a member of some of the top British Bands including Brighouse and Rastrick, Black Dyke Mills and Foden Richardson’s bands.  She is also a horn tutor at the University of Salford.

The band returned home with the Perpetual Shield for NI School bands and the Stuart Haigh Memorial Cup for Trombones which was collected by Joshua Martin.  It is probably fair to say that the band also performs well as a choir considering the singing from Enniskillen to Strabane and back on the bus journey!  Overall our School Brass Band has enjoyed another highly successful year of banding and thanks go to all involved in preparing and supporting the team, especially  Mr Magee. 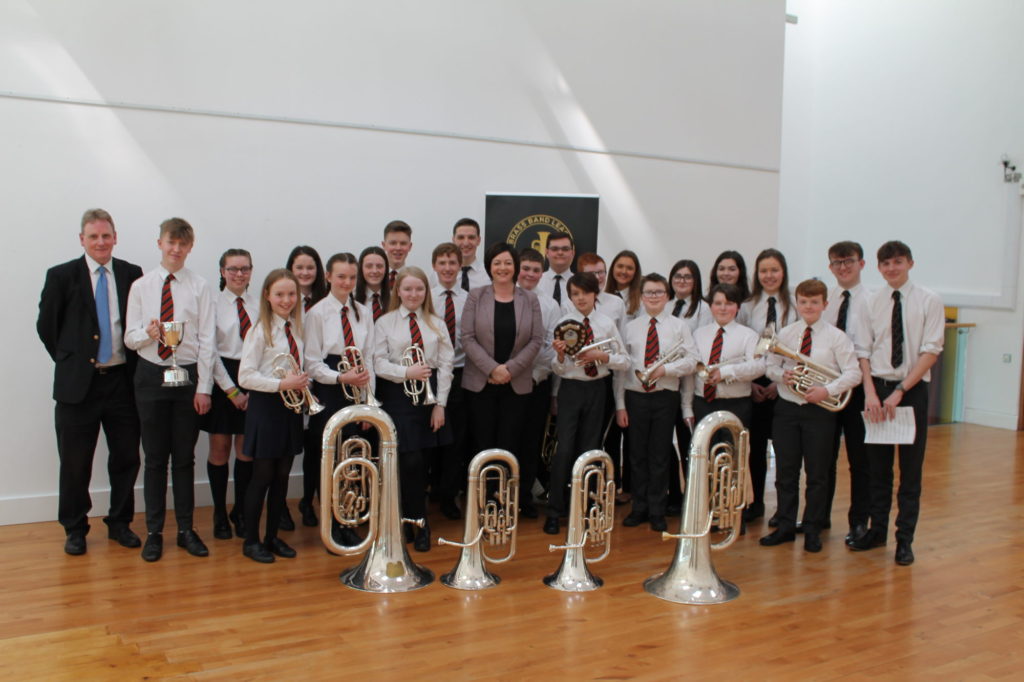 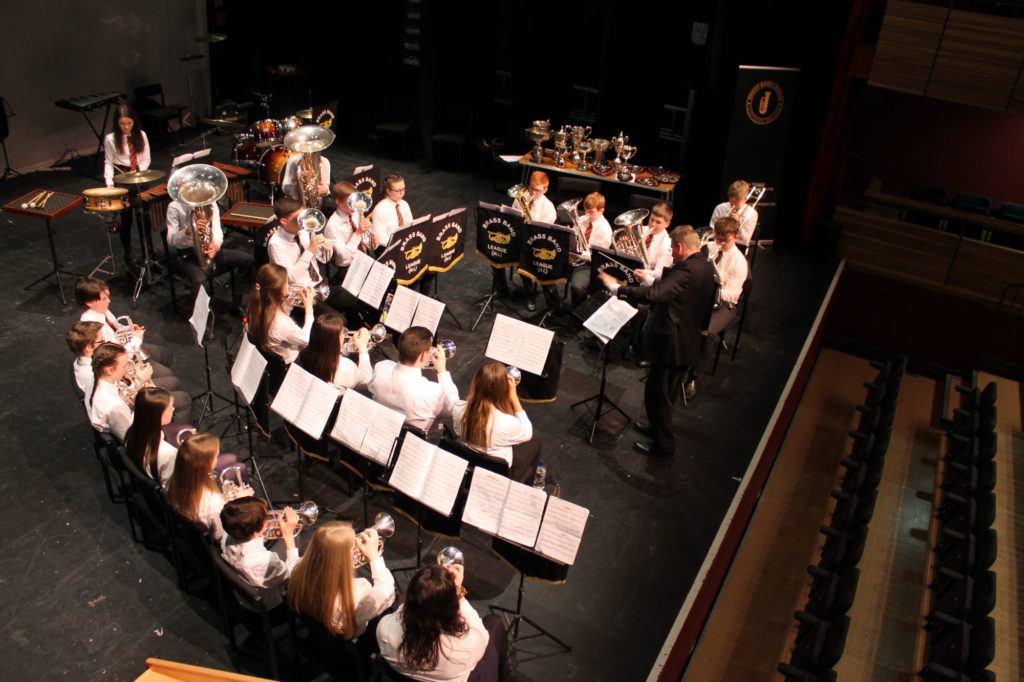 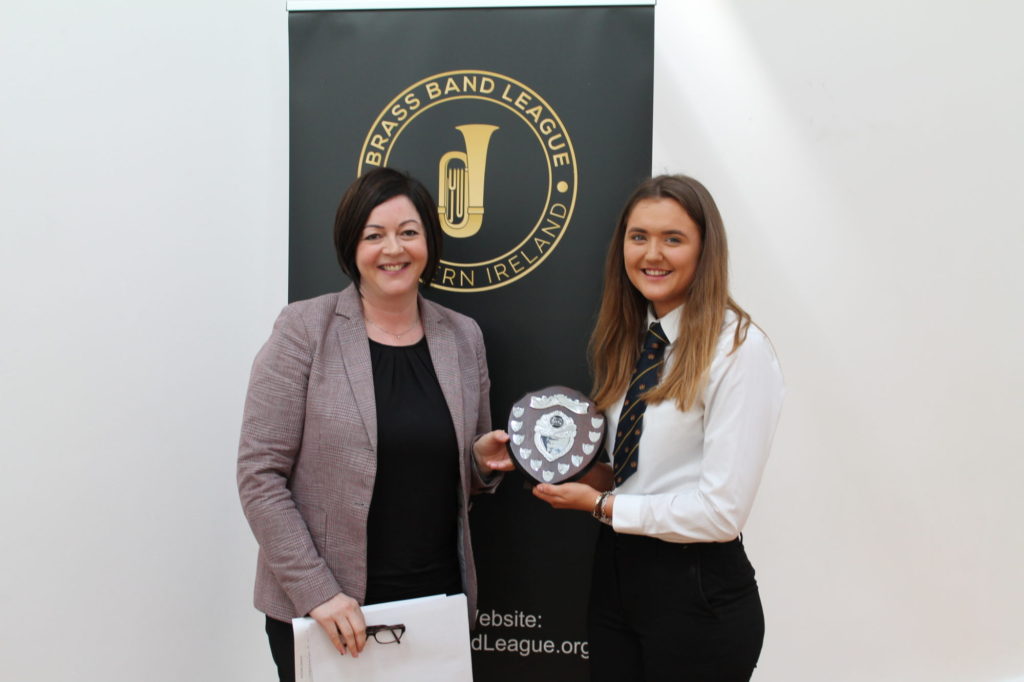