Earlier today three Y14 Government & Politics students, Cian Brady, Marc Hennessy, and Andrew Moore, took part in the British Council NI’s Mock Council of the European Union debate in Belfast City Hall, alongside pupils from all over N. Ireland. The ERGS pupils had the task of representing Ireland in the chamber.

The Mock EU Council hotly debated two big issues facing Europe at present: Climate Change and Social Media Regulation. It was a fantastic experience for all involved, but special mention

should be made to the fact that the Irish delegates from ERGS were the only pupils to receive a round of applause from their fellow European ministers in the council chamber, as well as receiving lots of plaudits and praise from other schools’ members of staff and official observers after the debates were over. Another fine example of Enniskillen Royal Grammar School pupils showcasing their knowledge, skills, and talent to the rest of the province, and doing their school and Fermanagh proud in the process. 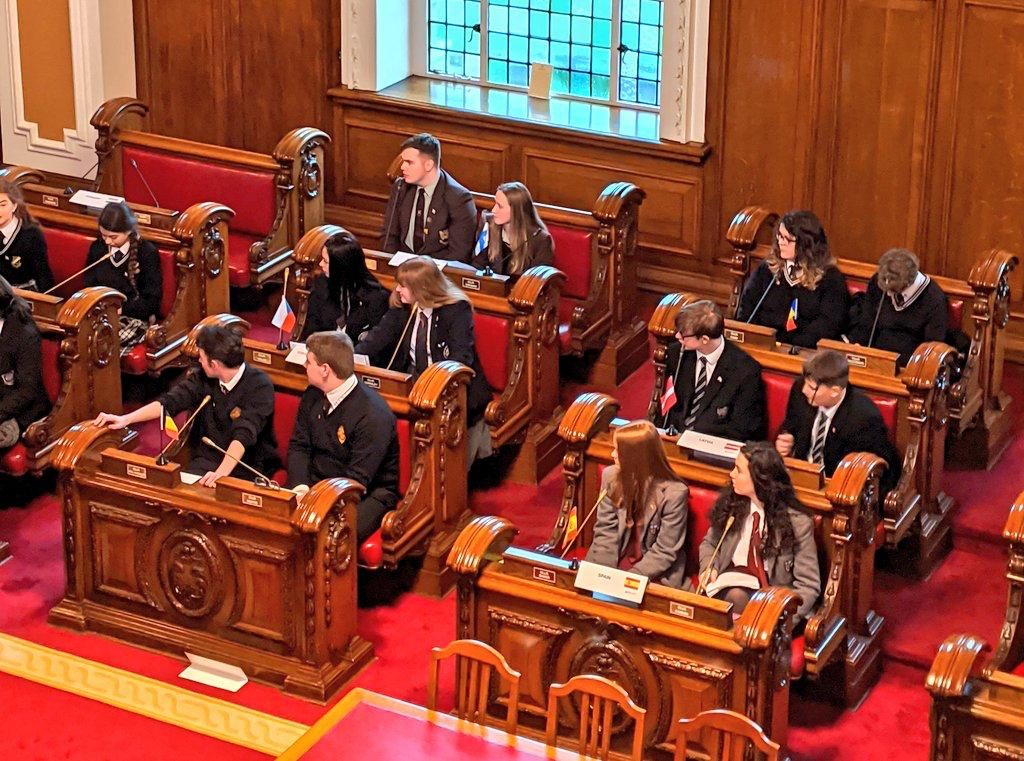 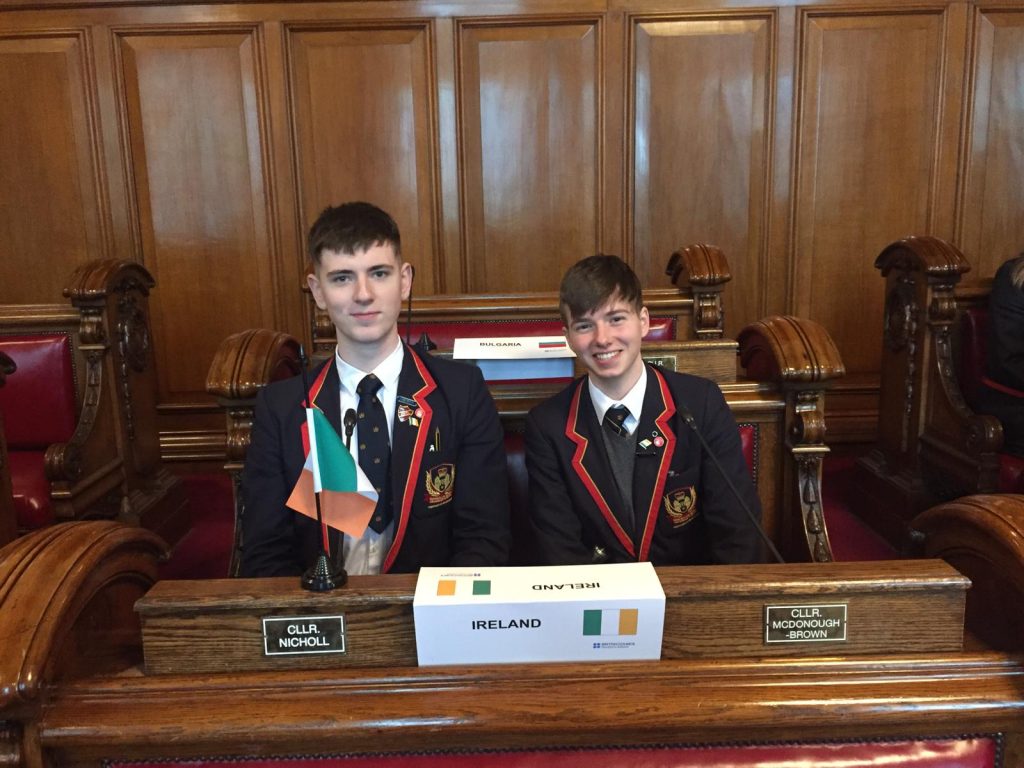 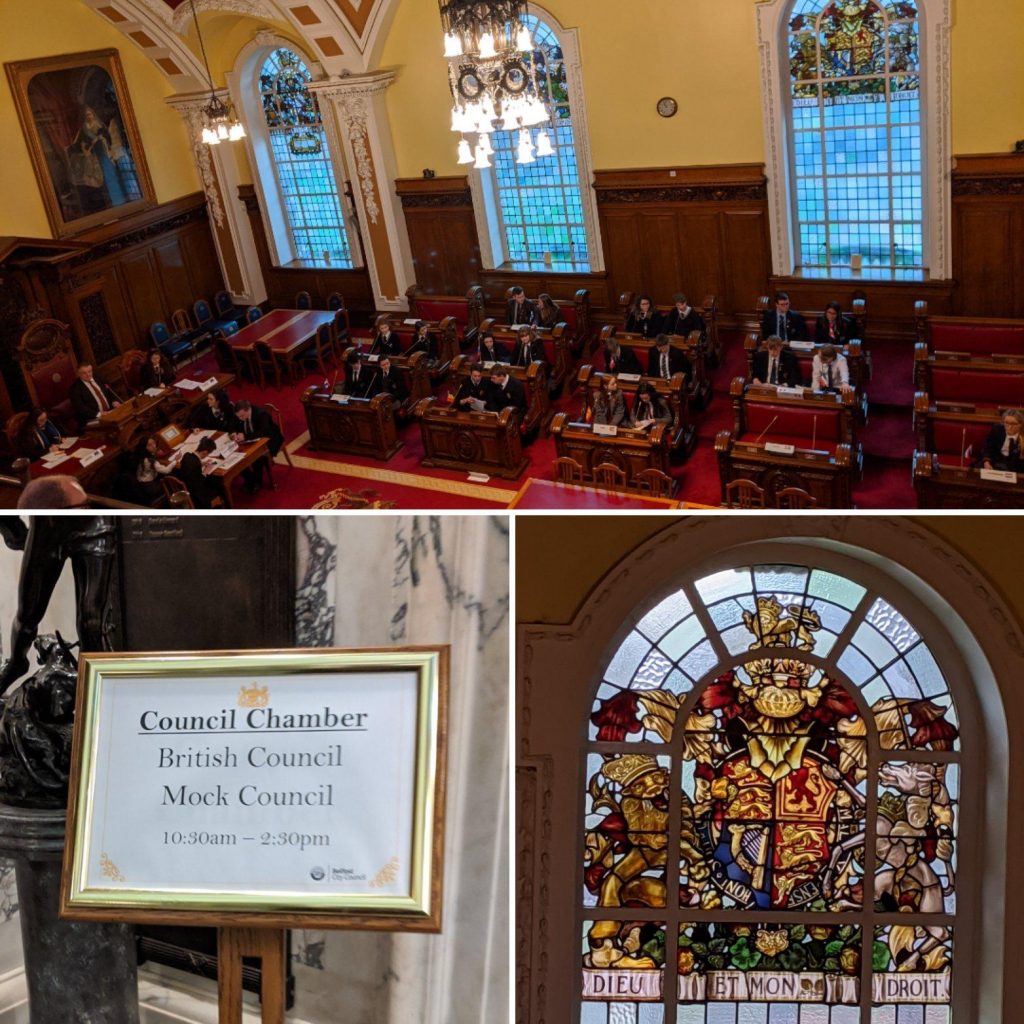 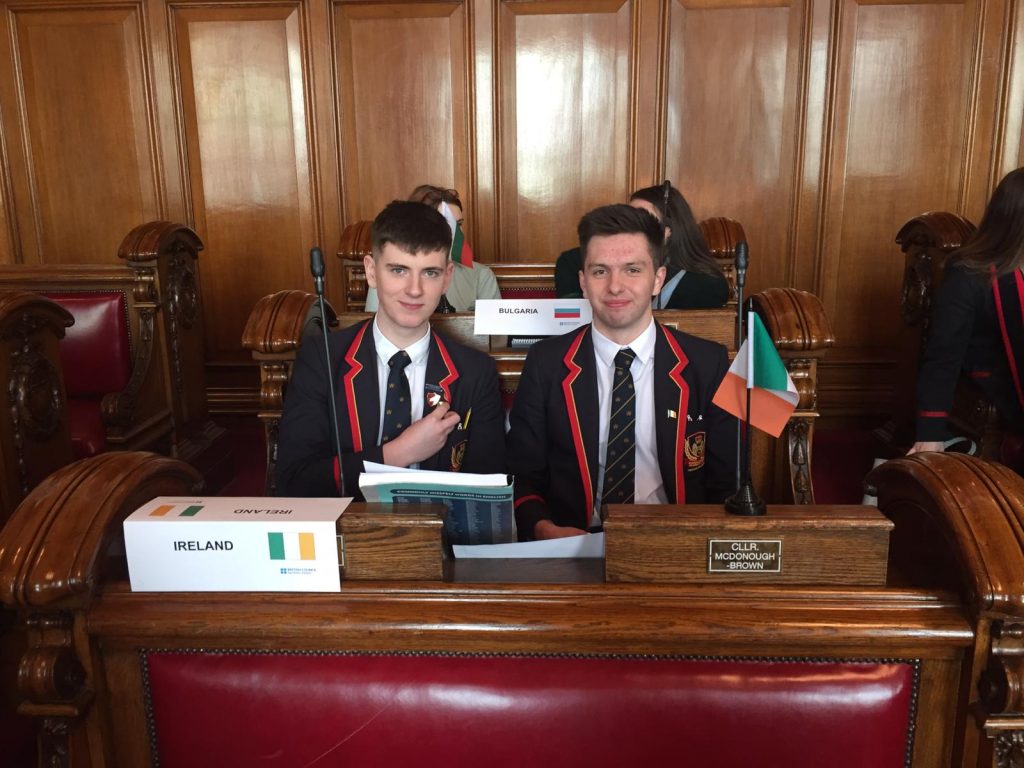 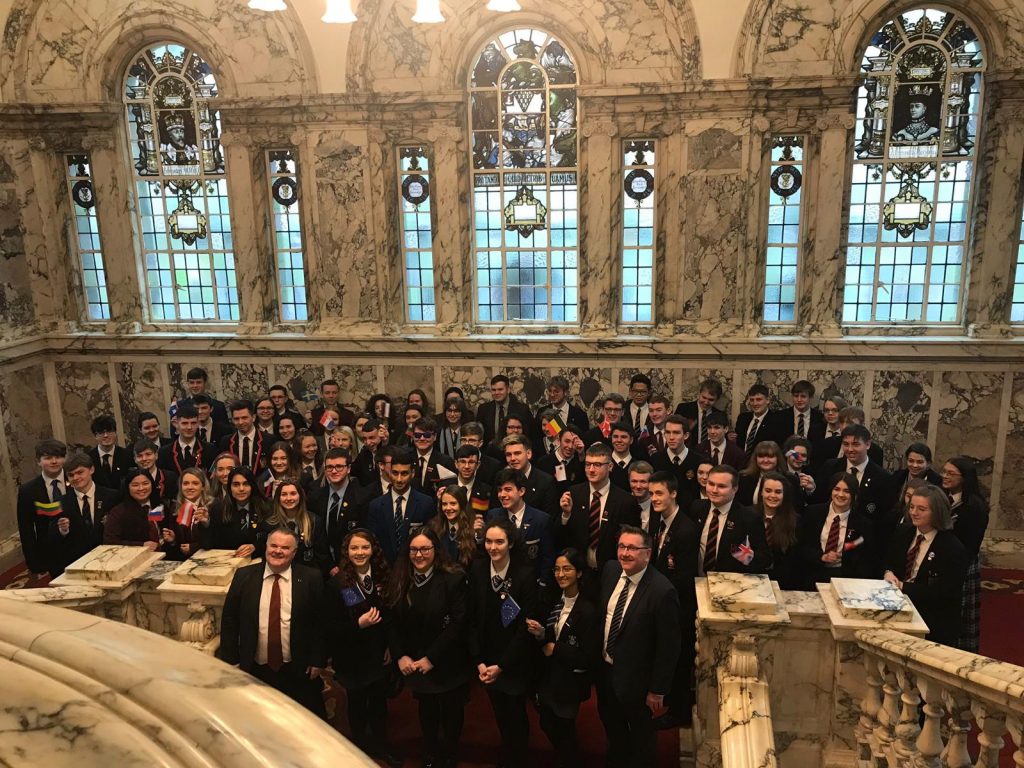