The bus journey to the Malone road this morning seemed to leave its impact on the ERGS U13s; combined with challenging weather conditions and the deliberate switching around of players into different positions through the game, the boys definitely took their time to find their rhythm. The opening scores came from wingers Wallace and Rowland. Wallace finishing very nicely from a good phased sequence and clean hands by the backs and Rowland running in support of a break by the forwards and able to quickly pick and go to touch down in the corner. The forwards worked hard in the centre of the park although at times being a little static around the ruck. Despite this Gamble and Curry were both rewarded with two tries each for their route-one running and physicality, with out-half and this week’s  ‘man of the match’ Hinchliffe claiming two conversions in-front of the posts.
Final Score 0-34.

Man of the Match – Jake Hinchcliffe. 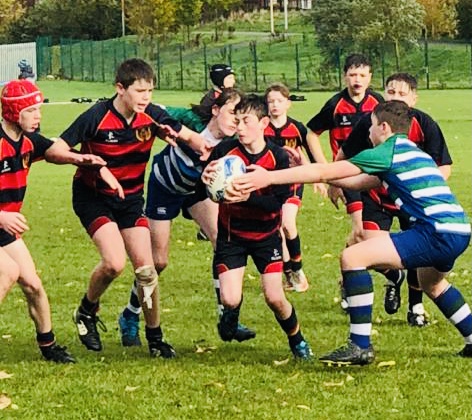 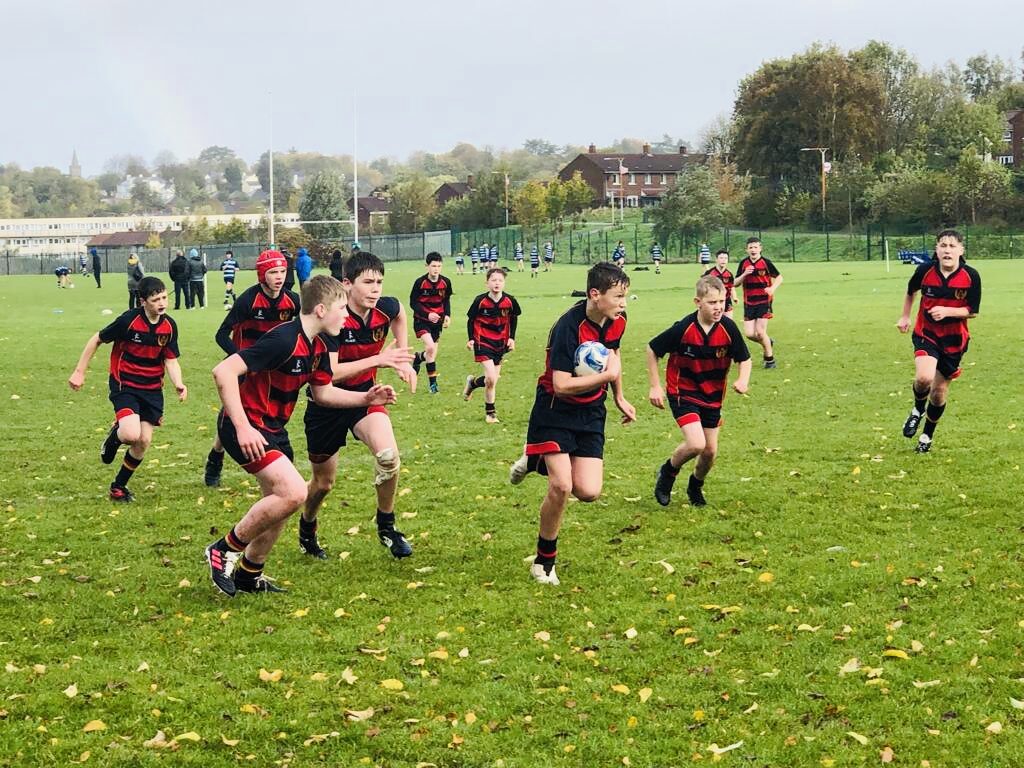