On Friday 2nd December the ERGS Senior Team travelled to Omagh to play their next League match. What a fabulous match they had!

The girls started off strongly getting the first goal of the match – an absolute corker from Niamh Johnston. This strength continued for the duration of the match.

Our defensive trio of Jane Black, Olivia Beavis and Leah Grey were superb in the goal circle. They made it very hard for the Thornhill girls, forcing errors and intercepting balls.

Meanwhile, in the centre, Scarlett Keys shadowed her opposing player as if she were stuck to her like glue, allowing for little leeway. Scarlett in turn was distributing the ball with super accuracy to both Anna Wilson, Katherine Armstrong and Aimee Ross. When the ball was in our shooting circle, neither Amanda Farrell nor Niamh could get close to the net, so all their shooting was done from a distance – their combined accuracy was such a treat to see.

The final score of 25-16 did not reflect the way the girls were playing, they held Thornhill up to the end of the 3rd quarter. It was only then that the Derry girls stretched their lead as they just had that slight edge on our girls.

I repeat, a fabulous match. I look forward to umpiring their last 2 matches against Mount Lourdes ( TBC) and Lumen Christi on 13th December. 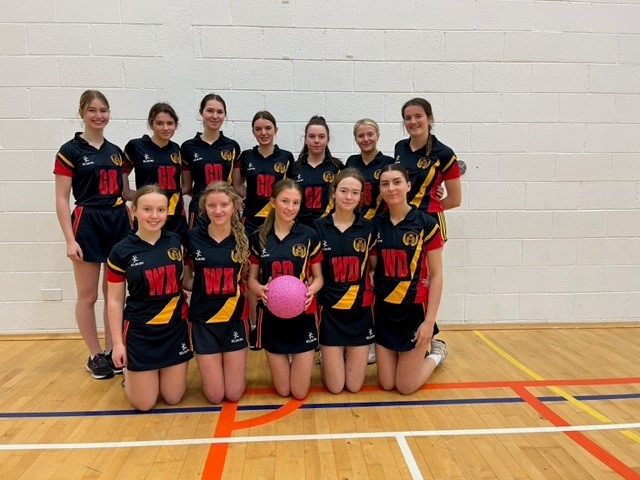