The U13 squad prepared well in training this week with a big emphasis on improving their rucking . Straight from the kick off the forwards looked to make the hard yards and produced good quick ball for the half backs Hinchliffe and Beddard to boss the game. ‘Man of the match’ Gould distributed superbly to his outside centre McKenzie who scored 5 tries . Top carrier Gamble assisted well by Morrison and Johnston continually got over the gain line and quick ball to the backs left the Armagh side chasing shadows. The ERGS boys superior fitness showed as they finished the game stronger with the half backs sniping over for the last 2 tries .
The side are looking forward to the return of seven strong players next week to further strengthen the squad .

A huge well done to P Curry, B Haire , M Mannix and B Wallace who played up and contributed strongly to a great u14 win 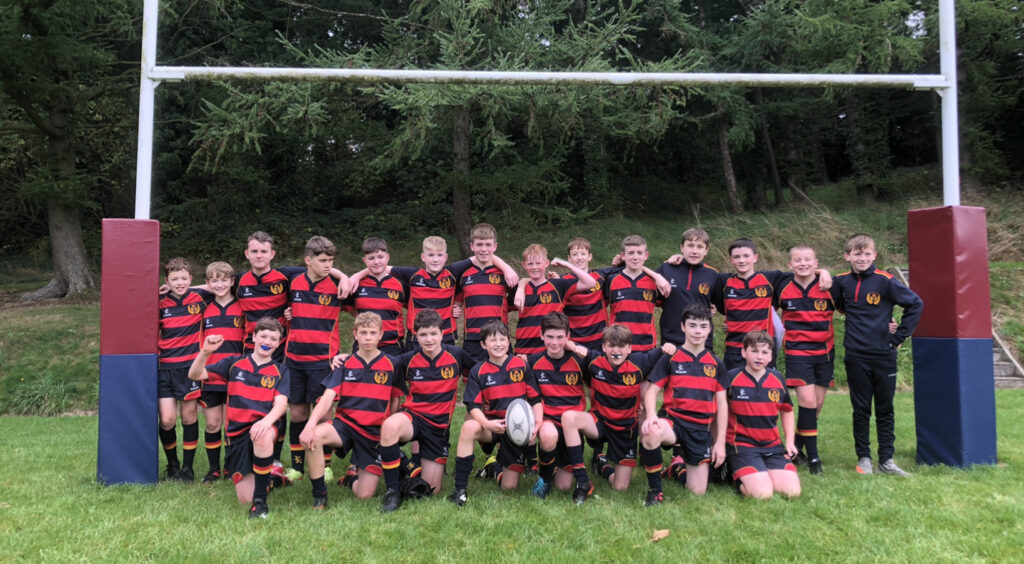