Seven pupils from Enniskillen Royal Grammar School competed in the Swim Ulster Schools Cup and Championships over the weekend. The annual event took place in the 25m pool at the Aurora Leisure Centre in Bangor with more than 1400 swimmers from 279 schools over the four sessions with finals after each session. Three of the swimmers competed in the Junior sections with two in the Intermediate and 2 in the Senior section.

Molly Johnston and Ellie McCartney represented ERGS in the Intermediate section; Molly in the 100m Breaststroke and Freestyle while Ellie McCartney was defending her titles from last year in 100m Breaststroke and 200m Individual Medley. Both girls (Year 11) were swimming in the Year 11 & 12 section and were some of the youngest competitors. Ellie won her heat of the 100m Breaststroke and progressed to the final as favourite where she did not disappoint winning the final by 2.5 seconds in a time of 1:14.36. This was followed up with a fantastic 2 second personal best in the heat declared winner 200m Individual Medley placing her in first position to win another Ulster Schools title. The ERGS student has now won Ulster Schools titles each year for the last six years. These finishing positions now mean that Ellie will be selected for the Ulster Interprovincial Team later in the season for the third year in a row. Molly Johnston also had a great meet swimming to a 3 second personal best in the 100m Breaststroke and finishing as a reserve for the final. This was more than matched in the 100m Freestyle were Molly’s recent skills training helped her produce a fantastic 7 second PB to improve her seeding position in a time of 1:10.62.

Kealan McShea and Lewis McCartney were competing in their 3rd Schools Cup for the Royal and both participated in the fastest race of the competition – 100m Freestyle. Kealan also swam in the 200m IM and Lewis also swam in the 100m Breaststroke. Both students are in year 13 and were competing in the Open/Senior age group – again as the youngest swimmers in the group. Kealan swam a fantastic 200m Individual Medley and just missed out on a medal as well has reaching the 100m Freestyle final and finishing 8th overall. Lewis also swam a good Freestyle as well as reaching the final of the 100m Breaststroke and finished 8th overall.

Many thanks to the Enniskillen Royal Grammar School for their support in attending the Championship. 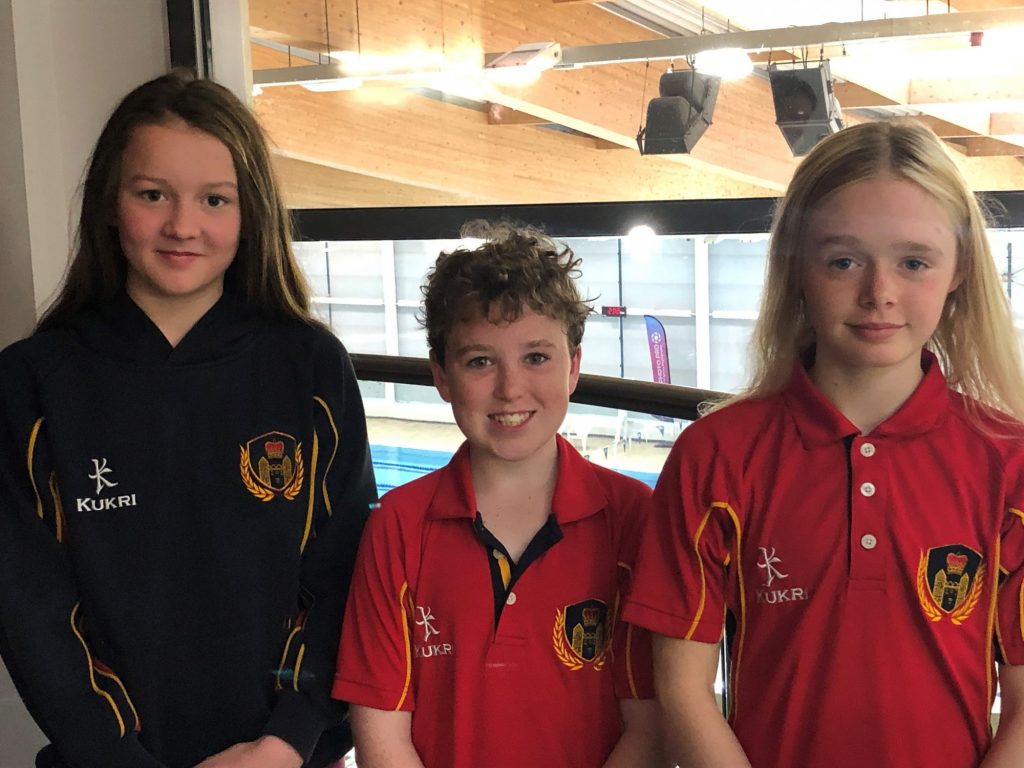 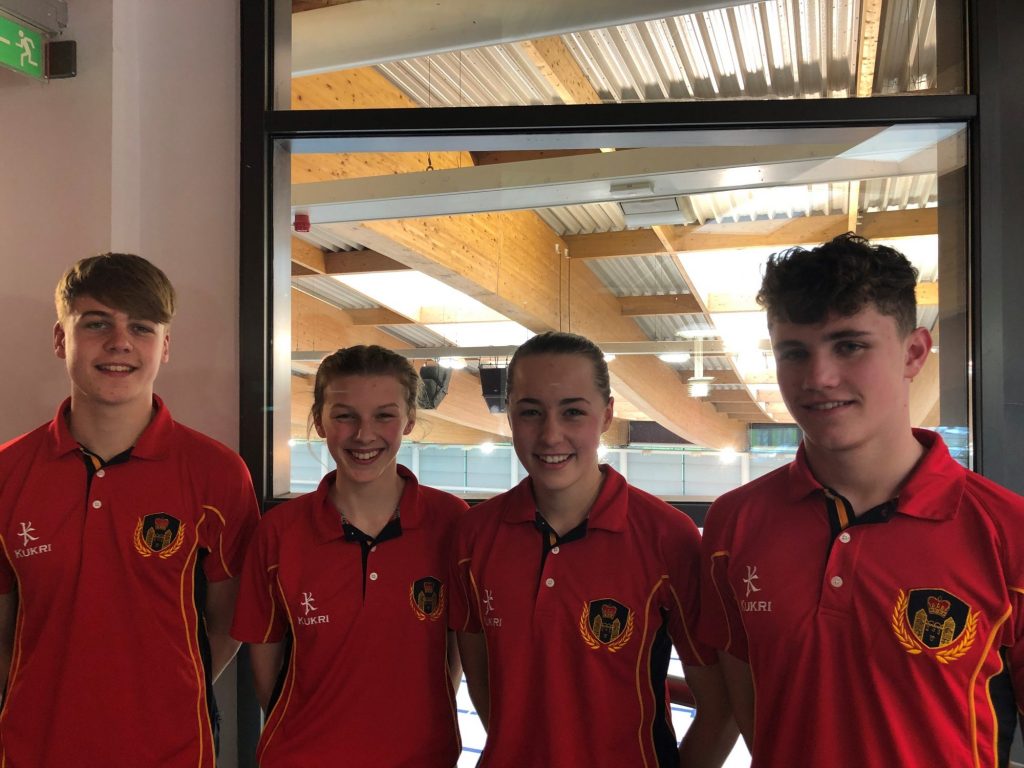