Under 14s edge a tight first round game.

Under 14s edge a tight first round game.

By Enniskillen Royal | Latest News | Comments are Closed | 29 November, 2021 | 0
The under 14s travelled to Drumaness to play against St Colmans Ballynahinch in the first round of the NI Schools Cup. ERGS took an early lead after Ethan Kavanagh cutely slipped the ball past the keeper when through on goal. St Colmans replied with a goal of their own 5 minutes later. Just before half time ERGS scored again after Callan Kelly’s corner was pushed into the net by the St Colmans goalkeeper.
The second half was a nervy affair with St Colmans threatening an equaliser. That equaliser came with 5 minutes to go of normal time with a header from a free kick beating Ross Thompson in goal.
The game then went to extra time and was decided by an absolute rocket of a shot from Bruce Lennox from 30 yards giving the St Colmans keeper no chance.
Well done boys. Into the 2nd round we go! 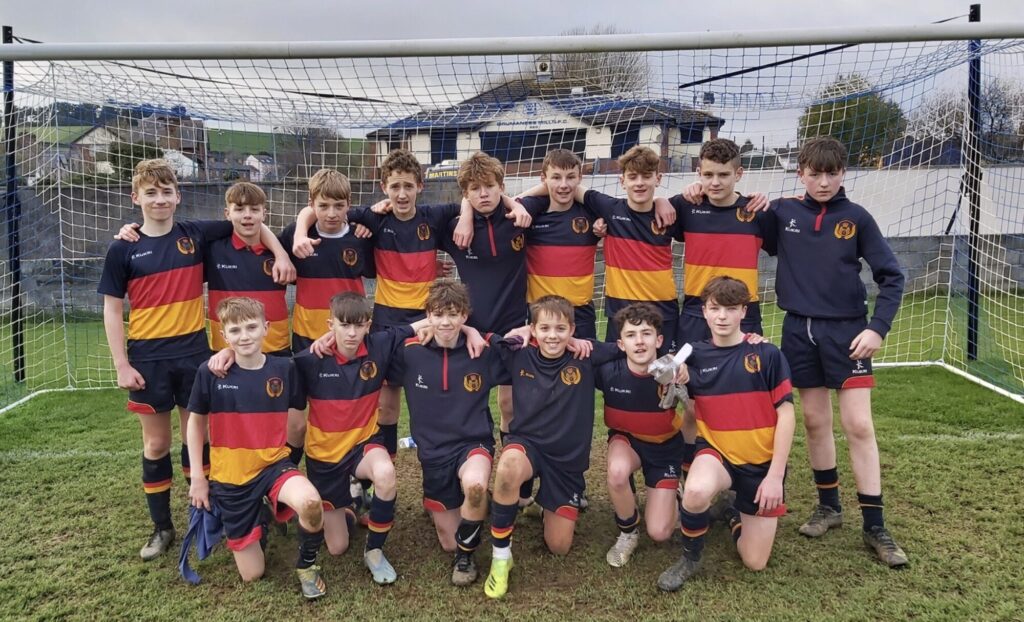